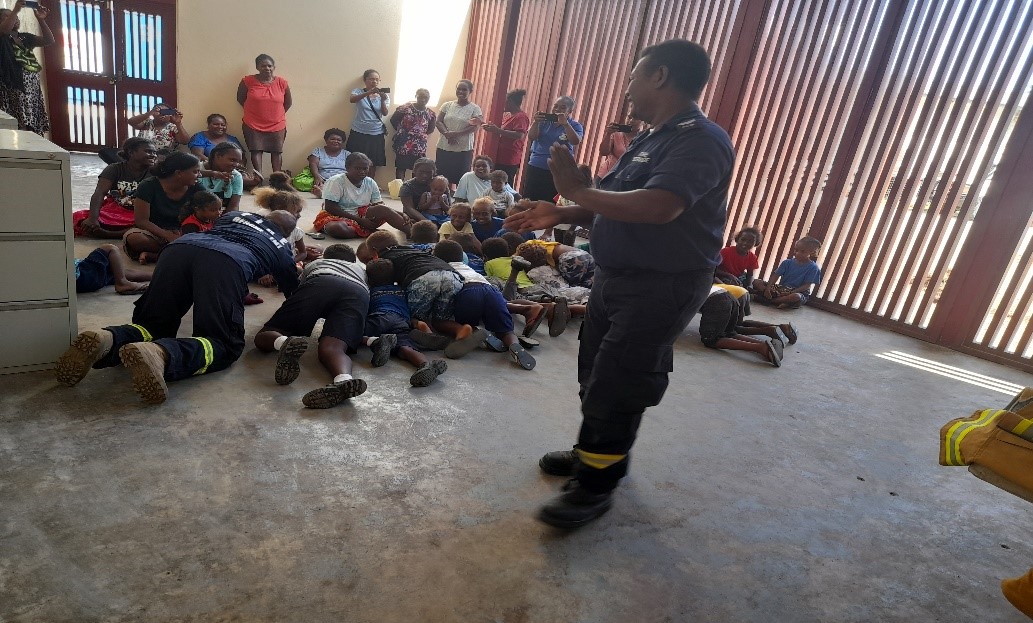 Sgt Mark Arimana talk to the children during awareness program 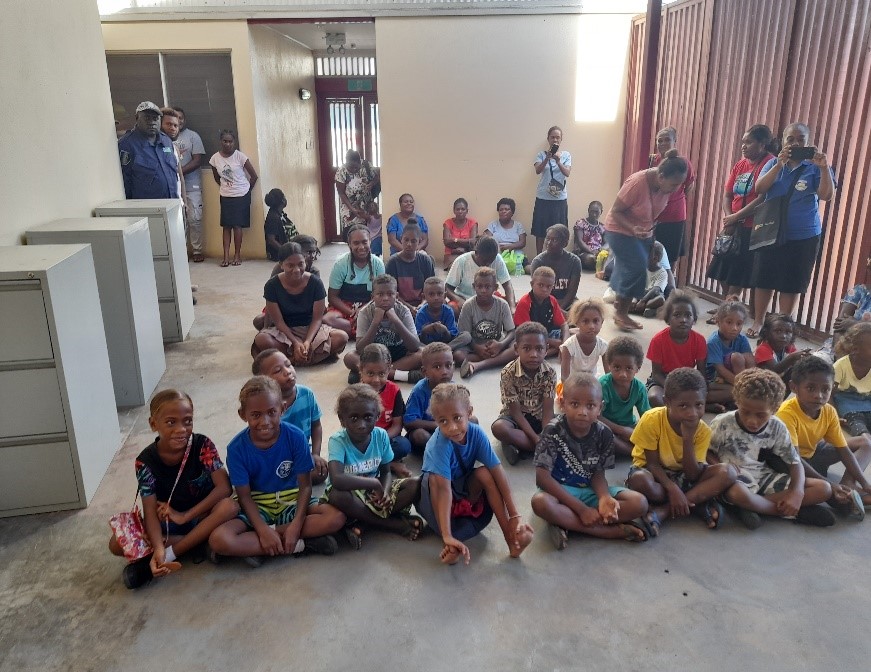 Children, teachers and parent listen to the awareness

The Fire and Rescue Service of the Royal Solomon Island Police Force (RSIPF) under its Prevention Program had conducted a Fire Safety Awareness talk to a group of children from seventh day Adventist Church on 15 August 2021.

Director Fire and Rescue Service, Superintendent Stephen Dekyi says, “The program was presented by Sergeant (Sgt) Mark Arimana and on duty officers from Echo shift. The awareness talk was presented to children ages from 3 to 12-years-old with their teachers and their parents.

RSIPF Fire and Rescue Prevention Wing Team Leader, Sgt Mark Arimana says, “There are a total of 47 people who have attended the program. 30 children, 5 teachers and 12 parents.”

Sgt Arimana says, “Topics Covered during the awareness talk are:

He says, “During the awareness children listened but somehow to control such a number children is not quite easy. They answer some questions asked by presenters. These showed that they understand what was presented to them.”

A representative from the group Ms Samantha Buka said on behalf of the group I would like to thank the Director of Fire and Rescue Services for accepting our request and thanked the fire fighters for the topics presented. The Fire safety awareness talk is not only for children but also for teachers and parents as well. We learn new things today especially on fire safety.