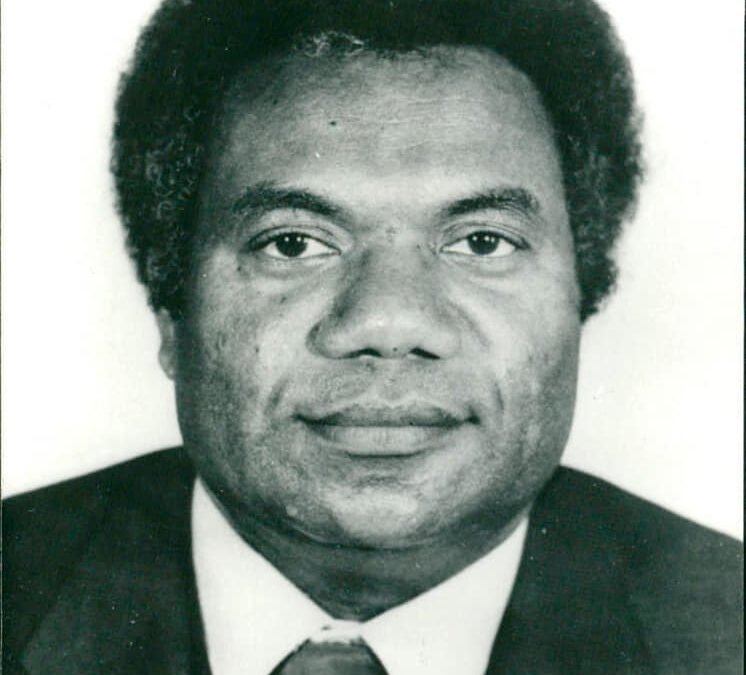 A statement from the family says he passed away after a long battle with complicated health issues.

Alebua served as the country’s third Prime Minister from December 1986 to March 1989. He succeeded Sir Peter Kenilorea who resigned as prime minister in December 1986.

Alebua was born in 1947 at Avuavu on the Weather Coast of Guadalcanal. He was educated at the local primary school and then at St. Joseph’s Catholic School at Tenaru, after which he entered the British Colonial administration civil service. He later attended short-term administrative and management courses at the University of the South Pacific in Fiji. Over the years he worked his way up the civil service ranks, becoming clerk to various districts (that became provinces after independence), including Makira, Isabel and the last was Guadalcanal Province.

He was elected Member of Parliament for East Guadalcanal constituency in 1980. Alebua became Minister for Foreign Affairs and Trade in the Solomon Mamaloni led government which came into power in 1980. When Kenilorea took over as prime minister in 1984 Alebua became Deputy Prime Minister and Minister for Agriculture and then again as Minister for Foreign Affairs. He served as member of parliament the East Guadalcanal constituency until 1997 when he was succeeded by Johnson Koli.

In 1998 Alebua became a member of the Guadalcanal provincial assembly and was elected Premier, a position he held until 2003. It was during his term as Guadalcanal Premier that the country experienced civil unrests. On 1 June 2001 he was wounded in an assassination attempt.

In 2007 Alebua was sentenced to three-and-a-half years in prison for embezzlement while serving as Guadalcanal Province Premier. Following his release, he lived a quiet life alternating between his homes at Kakabona, West of Honiara, and Haimatua in Tasimauri.

Alebua was survived by eight children and over twenty grandchildren.

His family thanks Hon. Bradley Tovosia, the current MP for East Guadalcanal, for repatriating him to his village when he became severely ill. They also thank those who helped look after him and for people’s thoughts and prayers when he was bed-ridden.

Rt. Hon. Ezekiel Alebua’s body will be laid to rest at his home village in Tasimauri.