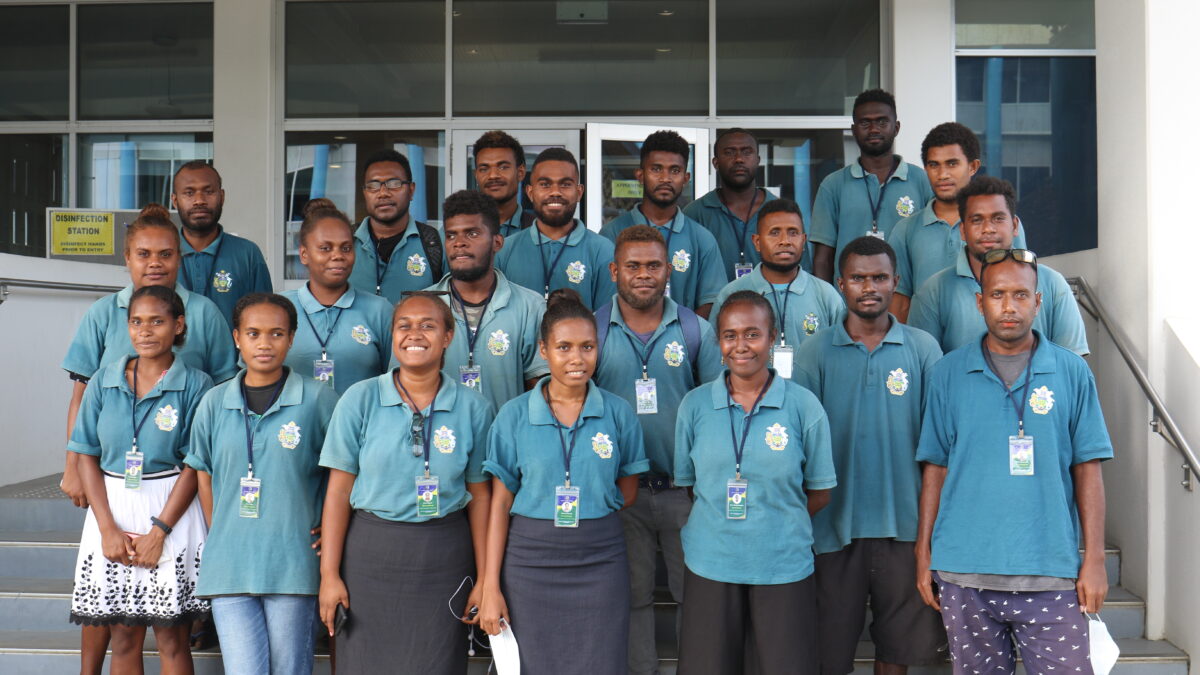 Friday last week 24 youths who are engaged under the Consumer Affair and Price Control Survey have received their weekly allowance at the Ministry of Finance and Treasury Leafhut.

The 24 youths are part- time inspectors with the Consumer Affair and Price Control department at the Ministry of Commerce, Industries, Labour and Immigration.

Their engagement is made possible through the Economic Stimulus Package (ESP) under the first component which looks at immediate measures to ensure economic activities continue to function and the immediate measures include tax relief, rental subsidies and youth engagement.

The ESP Oversight and Implementation Committee (ESPOIC) clarified in the recent past that the engagement of the youths in the price control survey is in line with the first component of ESP. 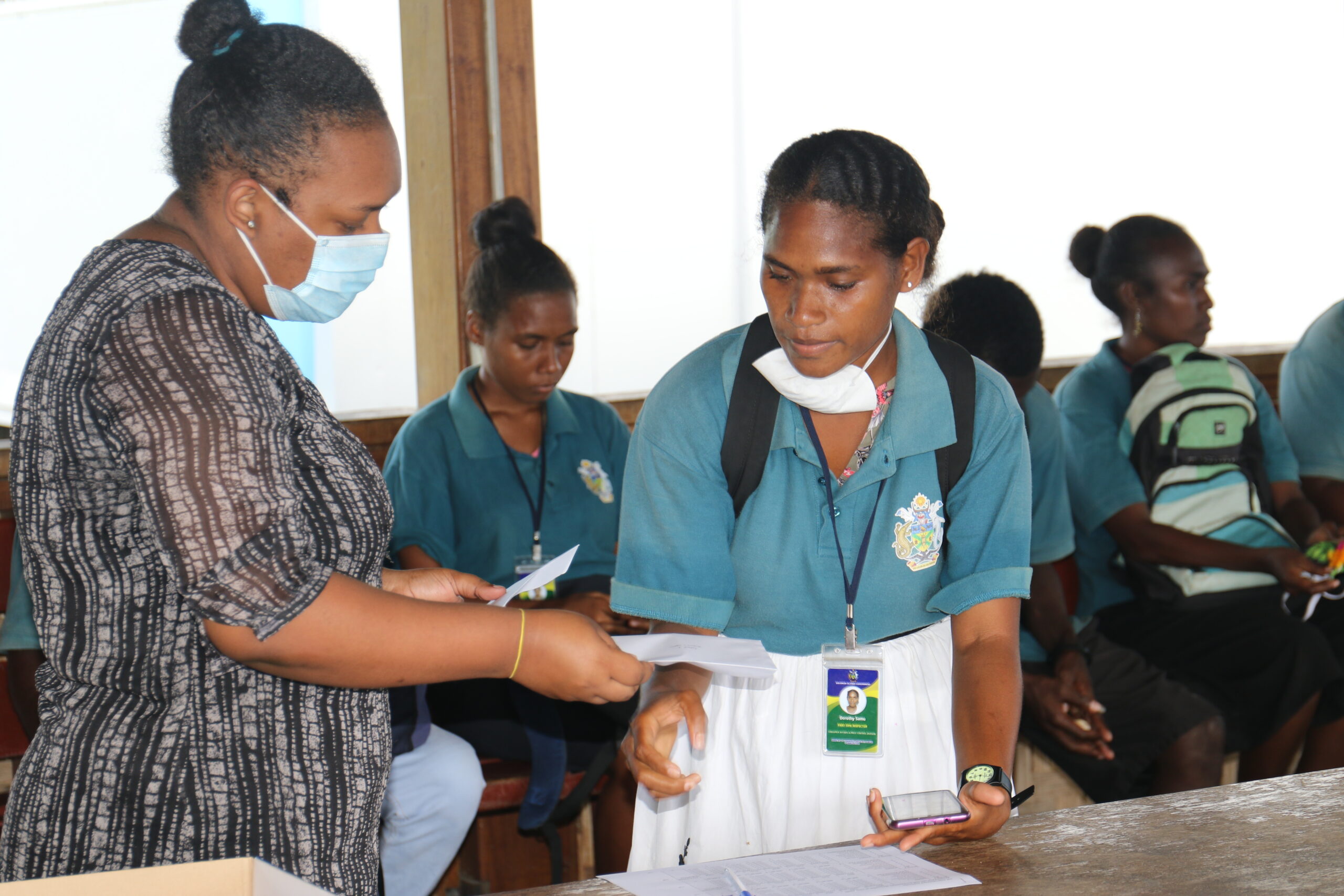 One of the Youths receiving her allowance at the MoFT

According to the Director Consumer Affairs and Price Control, Geoffrey Dan Hou’ua the 24 youths are part of the initial group of 55 youths engaged under a three months contract from July to September.

Hou’ua said initially there were 55 of them but some have applied out to work for other companies and another 10 have joined the Ministry of Finance and Treasury as data entry officers.

Hou’ua added that as of October to now, 24 have been retained and are likely to work through to December.

Hou’ua further explained that the 24 youths are contracted for an extended month of November, and they are likely to work through to December to fill in for his staff members who will go on holiday.

The Director Consumer Affairs and Price Control highlighted that the main work of the part- time surveyors is to inspect and monitor prices of goods to ensure they are in compliance with the gazetted price list set by the government.

Geoffrey Dan Hou’ua also revealed that other youths have worked on part- time basis for Foreign Investment Board (FIB) under the same ESP funded program.

Meanwhile, two part- time inspectors spoken to by Government Communication Unit (GCU) have praised the government for providing them with short- term employment.

Anna Bugotu who is first year Bachelor of law student at the USP- Solomon Islands Campus said the weekly allowances she received is helpful for her as she can fend for her family.

Ms Bugotu also said the training she received prior to the actual inspection work is really helpful for her as she learned new things which broaden her education development.

Redley Veka of Isabel Province is another part- time inspector who also praised government for the part- time engagement.

Veka said the effectiveness of their engagement is that shops are now in compliance with the gazetted price list set by government and other shops have also removed expiry goods off their shelfs.

Veka added that this initiative is indeed in the interest of everyone that shop owners are compliant and not taking advantage of the current situation to beep up prices.