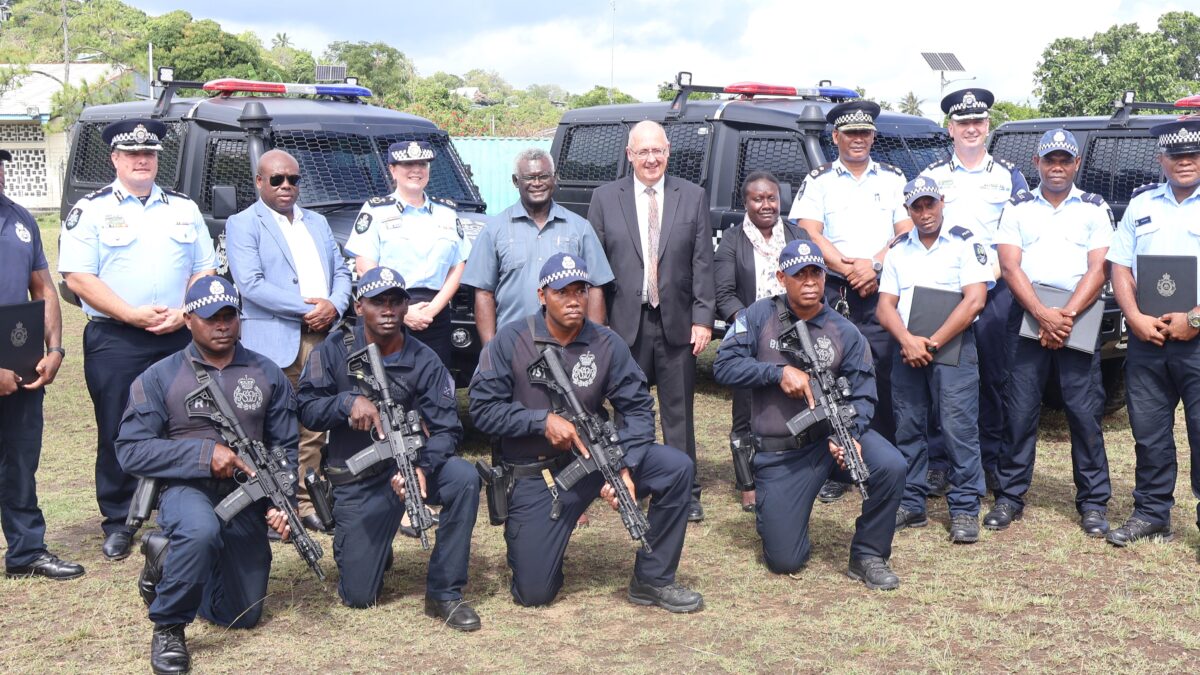 Prime Minister Hon. Manasseh Sogavare highlighted that the need for an equipped police force is not only essential for security but it also contribute to social and economic growth.

PM Sogavare made this strong emphasis at the handing- over of police equipment by the Australian government to the Royal Solomon Islands Police Force this morning.

Equipment that were handed over including four vehicles to be used by the Mobile Protections Unit, Nine vehicles for Police Response Team and 60 Daniels Defence MK18 rifles to be used by specialised team as part of the elevation program of RSIPF. 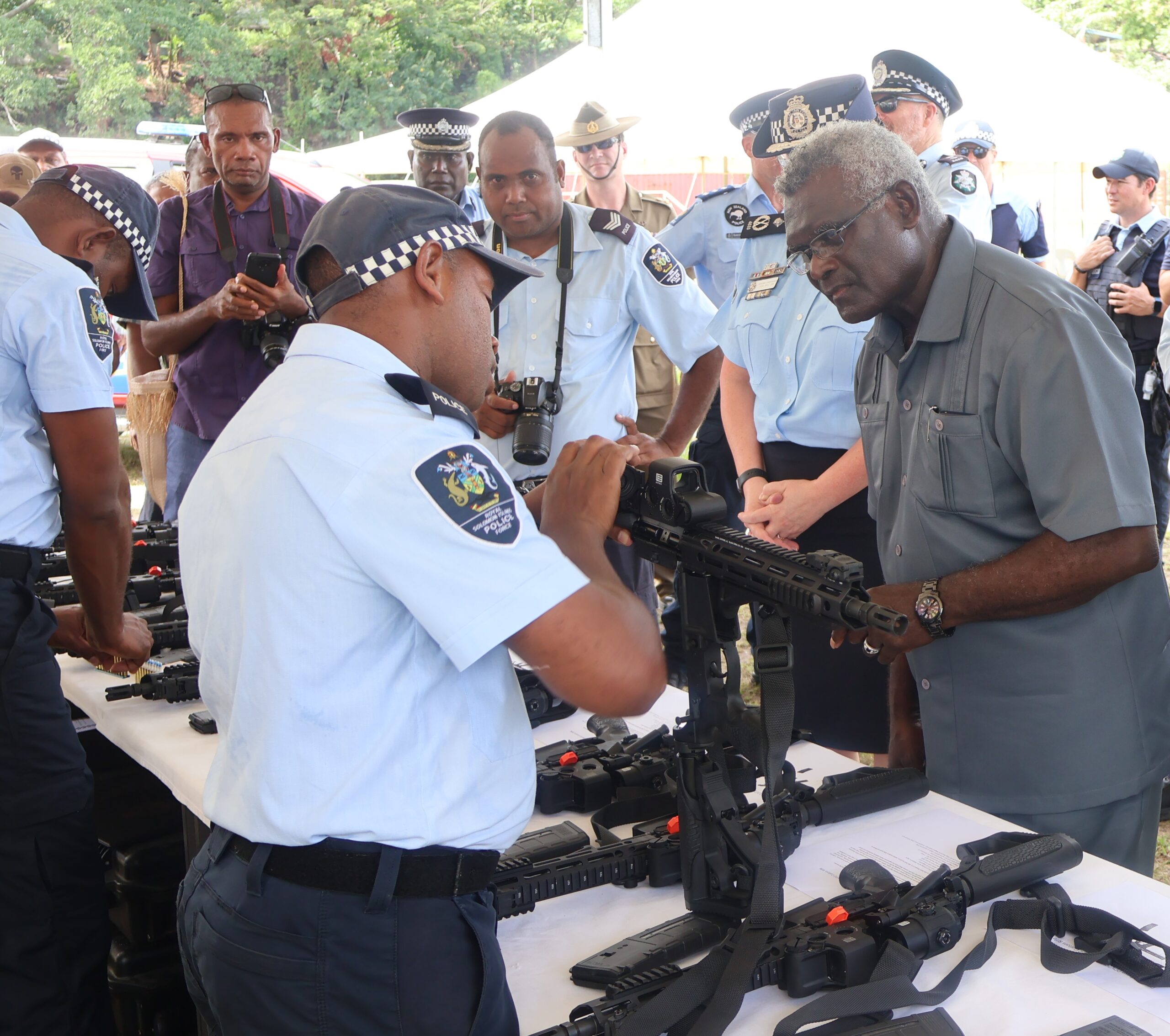 Prime Minister Sogavare in highlighting the importance of a well-equipped police force said that law and order is an enabler for development and that as a country we must have the capability to protect ourselves.

“Law and order is an enabler for development, and it is important that as a Sovereign State, we are able to better protect ourselves, deliver on our security mandates, and confront threats when it looms,” PM Sogavare stated.

PM Sogavare also highlighted the importance of prioritizing security even though there are no threats within or outside of the country.

“The answer as to why we focus so much on security is simple; it is because of the mere fact that our capacity is limited, and there is an overall need for its enhancement. Investors’ confidence is important but we cannot have it without a robust security capability,” the Prime Minister highlighted.

PM Sogavare further highlighted that it is the sworn duty of the government of the day “…to ensure the protection of liberty, life, wellbeing, and property of its citizens and any persons within Solomon Islands”.

The Prime Minister also reinforced the message that we should bring back trust and confidence in our police force and that the provision of the capabilities and professional trainings offered are the right step in that direction.

PM Sogavare also highlighted that he is aware of the elevated arms program for the police force, he reiterated that police must have the responsibility to ensure these arms are kept well so as not to end up in the wrong hands.

The Prime Minister spoke highly of the Australia’s assistance and thanked the Australian government and its people for providing the opportunity for the country to strengthen its security space.