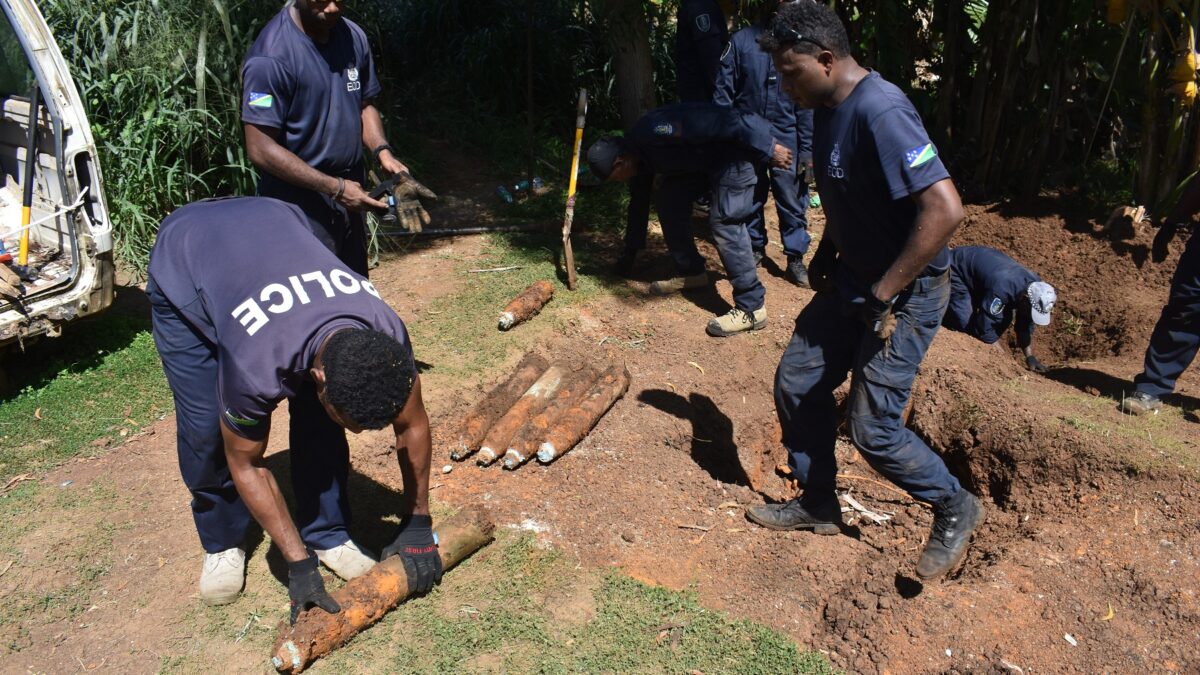 The Explosive Ordnance Disposal (EOD) of the Royal Solomon Islands Police Force (RSIPF) has removed 101unexploded ordnance (UXOs) at Gilbert Camp in Honiara in a two days operation from yesterday (16 May 2021) and today (17 May 2021).

Officer-in-charge (OIC) EOD Inspector Clifford Tunuki says, “EOD operators have unearthed 101 UXOs after we received the report from the community. The UXOs safely stored at Hells Points for render safe.” 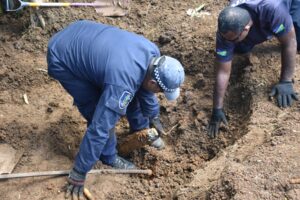 OIC Tunuki says, “EOD operators have identified the bombs, which is US 105mm High Explosive Projectile that remains after the World War II.”

Inspector Tunuki says says, “Since the UXOs pose great risk, I ask our good people, especially those in Honiara and other province with high deposits of UXOs to report it to police or to have their properties cleared by a UXO clearance company if they intend to develop it.”

Mr Tunuki says, “If you sight any bomb in your area, please do not touch or remove it, but instead I advise you to inform family members and other people to keep out of the area and let the police know about it so that our operators can remove it safely.”

“I really appreciate Gilbert Camp community for informing police about those UXOs. This is the kind of working together we should do to safely remove those World War II bombs from our communities.” 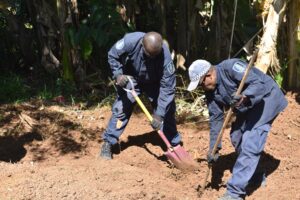 “The area of operation to remove those UXOs is safe and EOD team also do a 5 metres scan within the deposit area to make sure it is safe,” says OIC Tunuki.