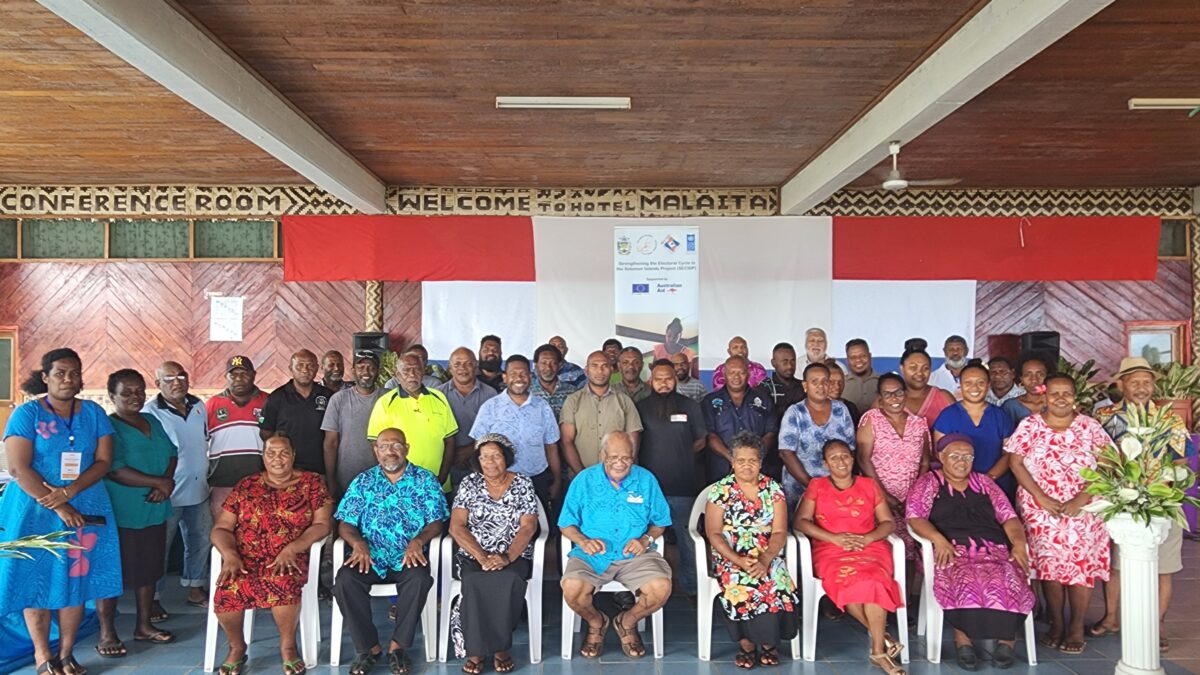 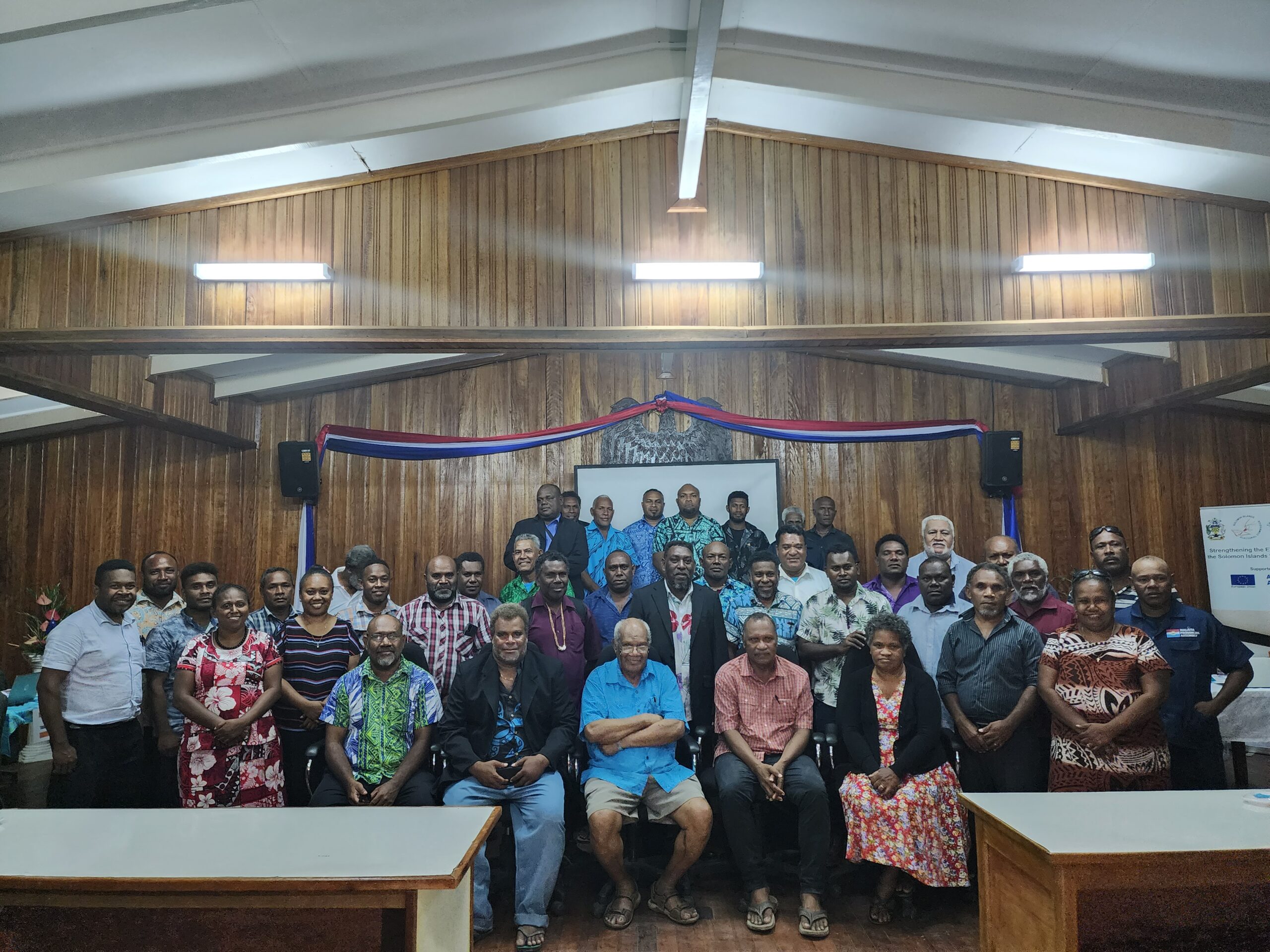 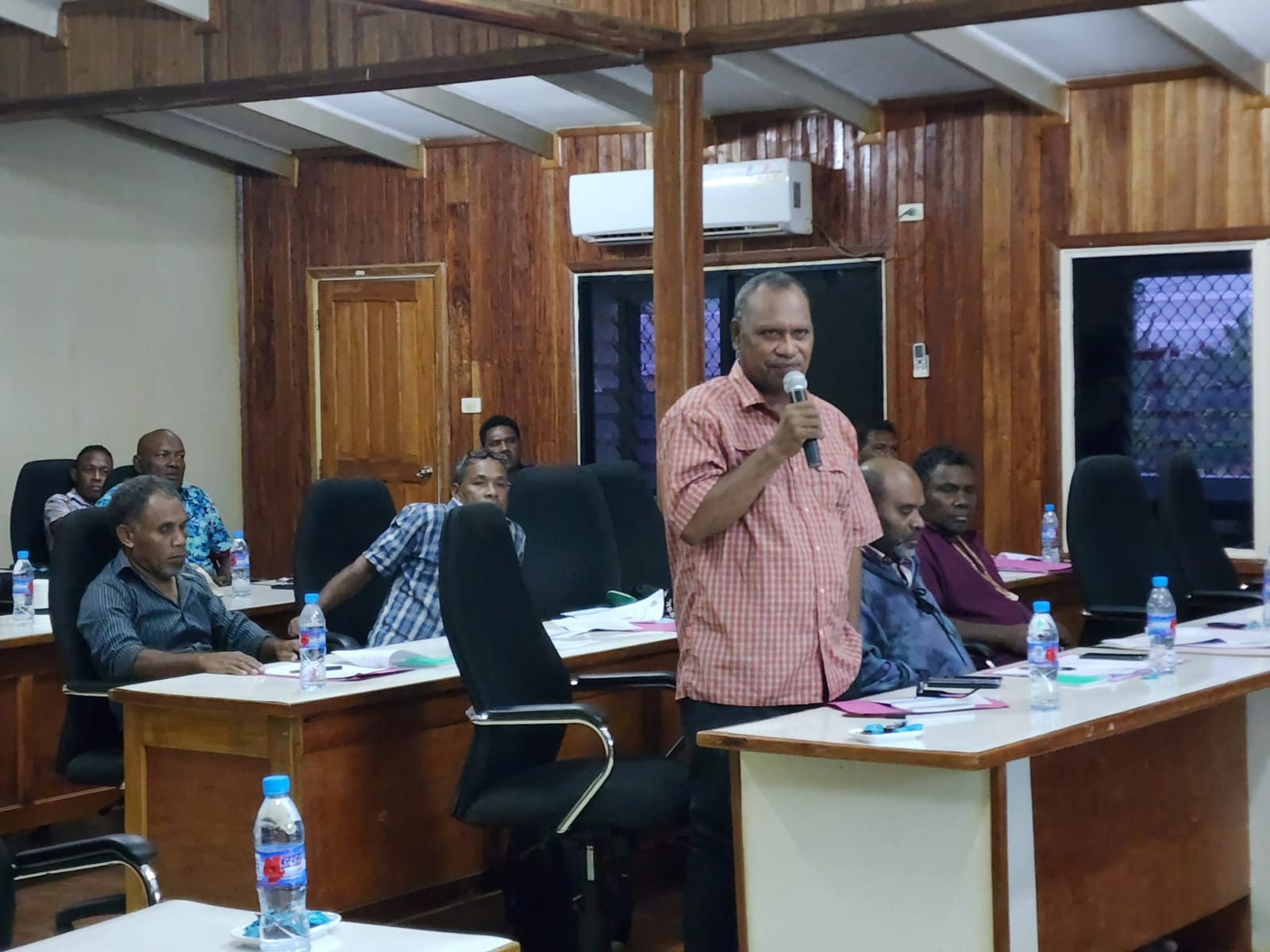 Hon. Premier Sudani highlighting the importance of the consultation 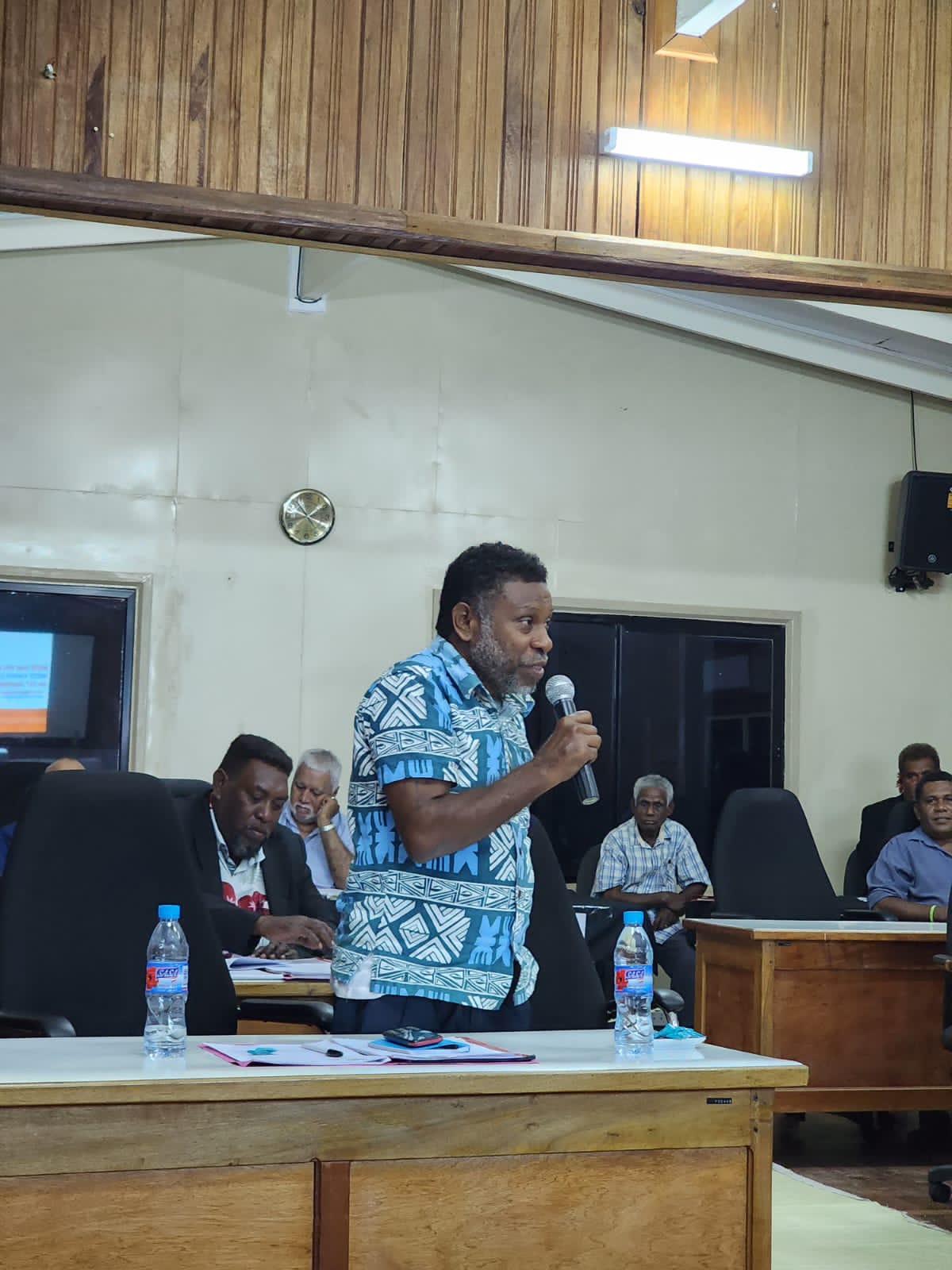 ‘Malaita is in support of the holding of Simultaneous Election’, this was the common sentiment shared by the Malaita Provincial Assembly members and the stakeholder representatives during the two days consultation workshop on the proposed electoral reforms that was held in Auki on the 19th and 20th September, 2022.

“With parliamentary term being now extended to 31 December 2023, we the assembly members strongly recommended that the provincial assemblies’ term be extended as well, in order for us to have simultaneous election”, One of the MPA, Hon Francis shared his view during the consultation meeting.

He further commented and strongly recommend the Taskforce, to make sure that the proposed amendments will not deprive the rights of our people to participate in elections.

Election is a bedrock to this nation and such agenda of discussion is very important and welcomed”, Premier Sudani highlights.

On the other hand, the stakeholders raised their concerns on cross border voting, continuous registration, ordinarily residents, out of constituency voting, qualification of assembly members, and the alignment of election laws so that we have one day election for all levels of governments. These are important areas the reform must also addressed.

“Discussion on the simultaneous election although is good and present no difficulty, it won’t be achieved without the consensus and cooperation of the three levels of government concerned”, Electoral Commissioner Pirione highlighted.

The Taskforce and Members of the Commissions acknowledged Hon. Premier Sudani and the provincial assembly members and the stakeholders for their welcoming gesture, constructive and open discussion during the two days consultation workshop.

Members of the Taskforce also took the opportunity to observe the simultaneous election process playout during the recent by-election in West Kwaio Constituency National Parliamentary Seat and Provincial Assembly Seat for Ward 28 in West Kwaio on the 21st September Poll.

This was purposely to gaze the practicality of the processes on the ground.

Feedbacks and recommendation from the observation mission will help draw fair conclusion on the feedback received from the provinces on the Simultaneous Election proposal.

With Malaita done, four more outstanding consultations to do, three provinces including the stakeholders for Rennell and Bellona.

Taskforce is expecting to complete all the consultation by early next year, 2023.

The Electoral Commission and the Taskforce would like to acknowledge the continuous support of the Solomon Islands Government in collaboration with its donor partners the Australian Government and UNDP through SECSIP project.