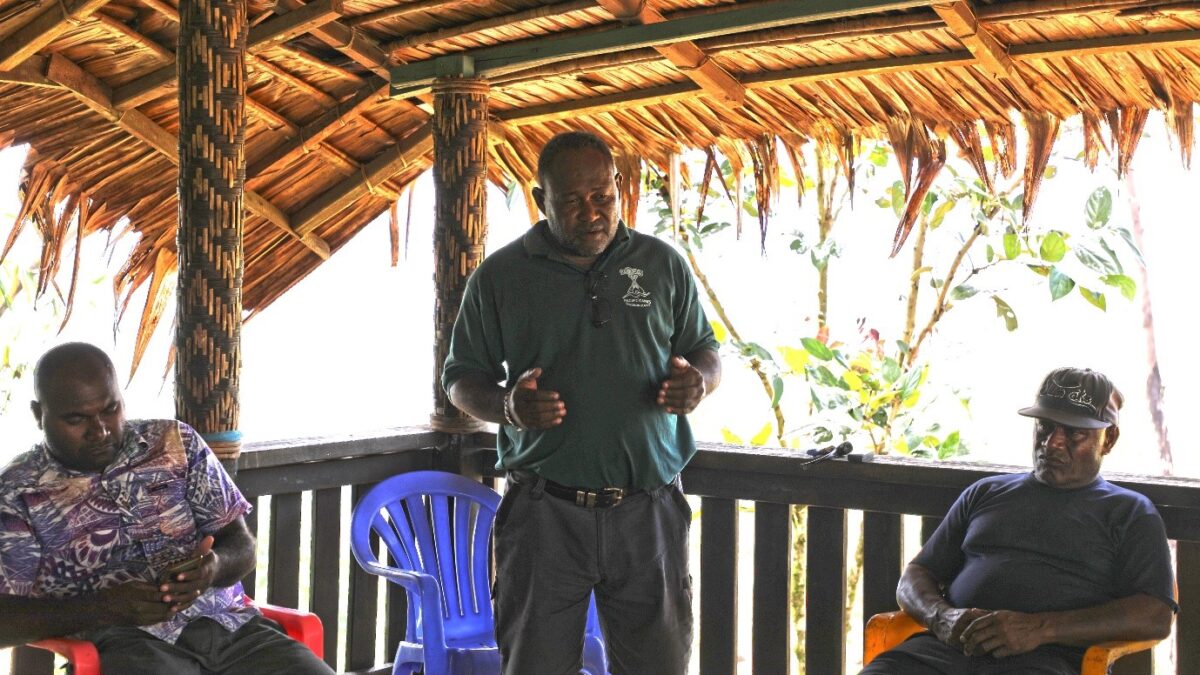 MP for East Malaita Constituency and Deputy Prime Minister Manasseh Maelanga during a meeting on the rice project with Aluta Basin Landowning Tribes.

Aluta Basin was before earmarked for palm oil project, a national project of the government, but due to some challenges and other environmental issues, the project has not progressed, thus, triggers the government with the plan to switch to rice project. Landowners hold Perpetual Estate (PE) titles to their lands.

The landowning tribes were very supportive of the idea, however, told their MP Hon. Maelanga that they do not want to repeat what had happened to the Aluta oil palm project but want the rice project to eventuate and accomplish to boost our economy and rice production in East Malaita as well as provide social and economic opportunities for rural people.

“We want this proposal because this is the type of project that would boost our economy as well as create job opportunities for our rural people. 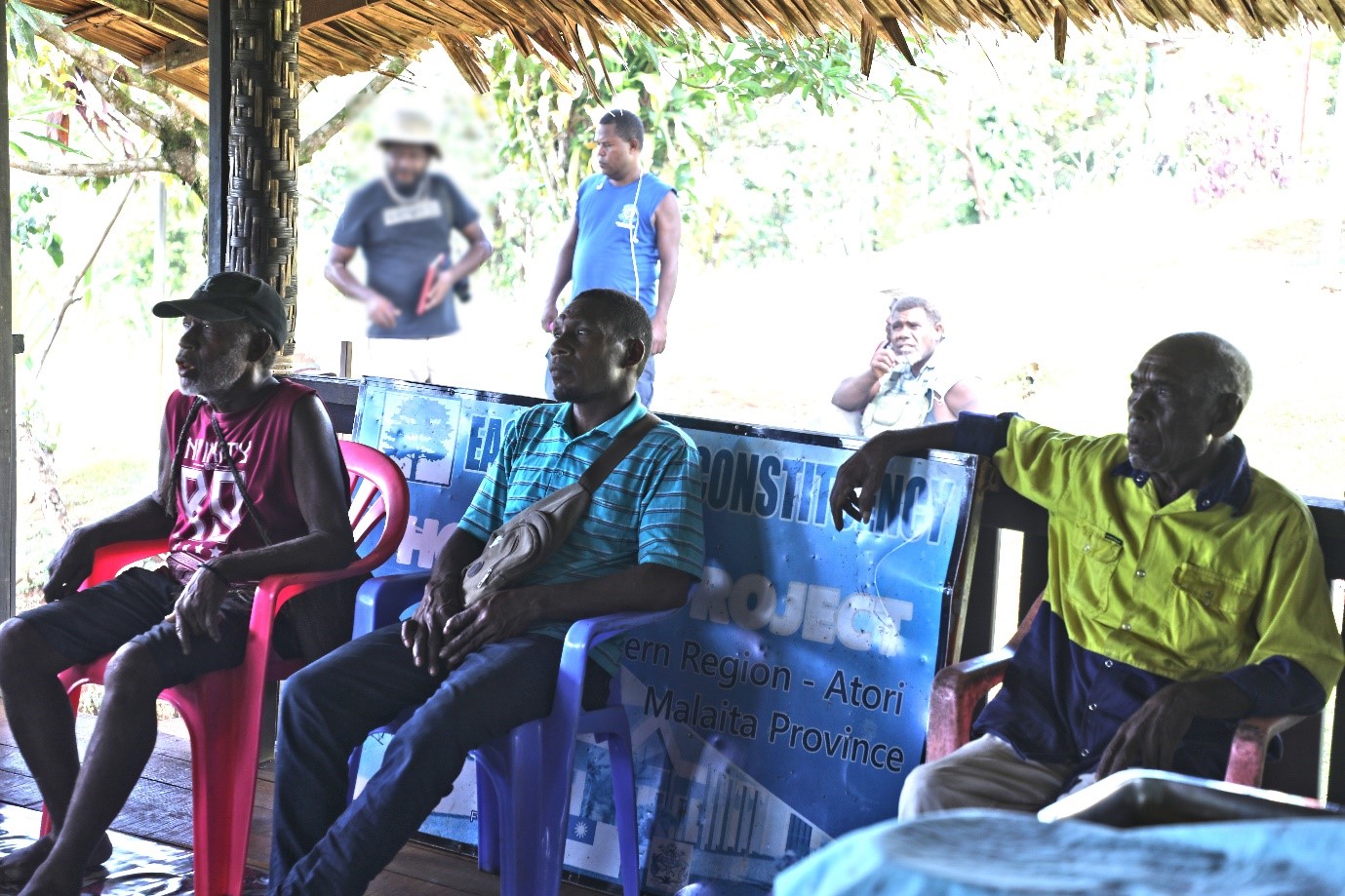 Some of the Aluta landowning tribe members that attended the meeting.

“This is the right direction for us to boost rice production in East Malaita. There are farmers who plant rice in our area but on small scale,” they said.

Permanent Secretary of the Ministry of Rural Development (MRD) Dr. Samson Viulu was impressed with the level of support the landowners has shown towards the proposed rice project.

He said that the level of support expressed by the landowning tribes speaks volume that they are ready and willing to work with the government on the interest.

PS Viulu acknowledged the landowners for their support and encouraged them to work together with their MP Hon. Maelanga and the government towards the project.

He said nothing is hard if we put our hands together and work together in partnership towards one goal.

Meanwhile, PS Dr. Viulu explained that one reason why the palm oil project has not progressed was due to environmental requirement under the Roundtable on Sustainable Palm Oil (RSPO). He added that palm oil industry is not allowed on forest land or land that still maintain their forest.

“So, Aluta Basin have no suitable land for palm oil industry except for Guadalcanal because Guadalcanal Province has a huge grassland where palm oil can grow well on it,” he said.

PS Viulu also said that a separate discussion he had with the existing palm oil investor in the country suggests that the land elevation of some areas of the Aluta Basin maybe too steep for palm oil development.

“It is likely that both paddy and upland rice varieties will be pursued for the Aluta Basin area.”

Hon. Maelanga thanked the landowners and assured them that as their parliamentary representative he will make sure their interest is brought to the national government.

“There are investors interested in supporting our country with rice projects, and it needs partnership from landowners and the government to work towards it,” Hon. Maelanga said.

The rice project once eventuated will not only benefit Aluta Basin Landowning Tribes in ward 15 but will create employment opportunities for people in East Malaita region with potential of expansion to ward 16 as far as Kwaibaita region.