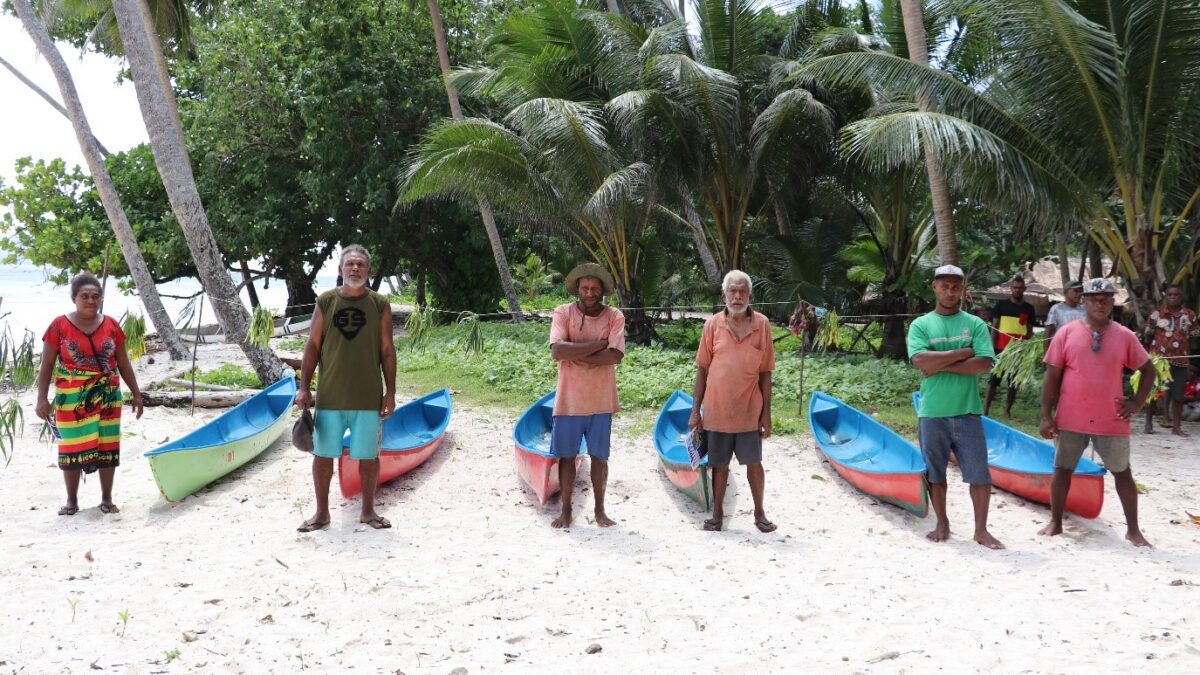 Ministry of Rural Development (MRD) Monitoring & Evaluation team successfully completed the East Makira Constituency (EMC) but have acknowledged the challenges and issues affecting the slow progress in terms of development in their constituency.

MRD team visited some of the projects funded under the Constituency Development Fund (CDF) around EMC which was facilitated by MRD through their Member of Parliament and Constituency Office.

The CDF aim to help communities in the 50 constituencies in terms of generating income, encourage and bring development in constituencies and generally to improve the livelihoods of all citizens of Solomon Islands.

While the team were on the ground to assess the CDF projects in some of the communities, the team also used the opportunity to listen to EMC rural people which will be captured in the report later.

Generally East Makira Constituency has its own challenges and issues that needs to be address in terms of development.

The team was told that infrastructure is one of the main problems to achieve their development aspiration.

EMC is one of the largest constituencies in the country with 8 Wards struggling to see that Government services go right down to the people. 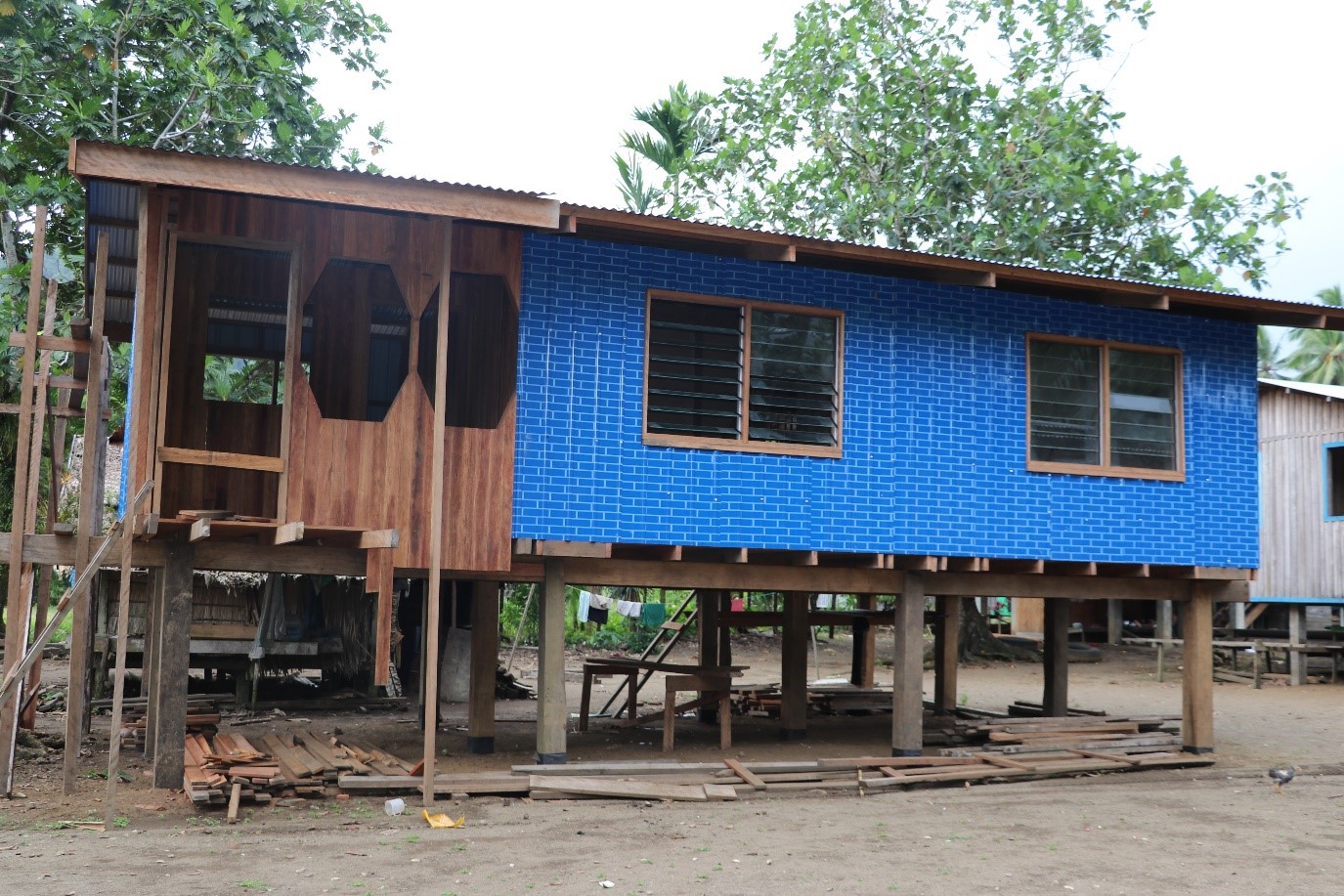 Housing Scheme- major project in East Makira Constituency (EMC) this is just one of the house in Parego village funded under CDF fund.

Speaking to MRD Media, EMC Constituency Development Officers Marcel Gapu agreed that it’s a huge challenge acknowledging the fact that every constituencies has its own challenges.

“It has been great to have a team from the Ministry of Rural Development (MRD) to have joined us this week to assess the progress of East Makira Constituency (EMC) projects.

“I also know it’s a good experience for the team to have explore the difficulties faced by the EMC Office in project developments and implementations,” he added.

Mr. Gapu said that this is the first of its kind to have the M & E and Communication team from the MRD to see it fitting at a right time to join EMC officers capture all project distributions from 2019 till 2021 respectively.

“I also know the team used this opportunity to interact with recipients of projects and learn a great deal of rural populace mentality in dealing with projects from the past governments,” Mr. Gapu said.

He further stated that the outcome of the tour could be very helpful for future redirection of EMC Office, MRD and the Government as a whole.

“Situations in Solomon Islands differs greatly when it comes to weather.

“I would like to say that the team has gone through difficult time this week with rough seas and rain.

“Despite of these difficulties the team has managed to capture all necessary information which I believe would help the Ministry greatly,” Mr. Gapu added.

On behalf of Honorable Lily Maefai, MP for East Makira Constituency wish to thank the MRD to have facilitated this Tour.

He also wished to thank especially the hard-working Team led by Mr. Gabriel Manetiva for their sacrifice, patience and commitment in assisting EMC Office carry out M & E task.

Meanwhile MRD Team Leader Mr. Manetiva thanked the villages and communities the team visited for their working together and cooperation in making sure the team carry out their work smoothly despite the bad weather.

“I would like to acknowledge the elders, chiefs and church leaders and women leaders in those villages and communities for their assistance and working together,” Mr. Manetiva said. 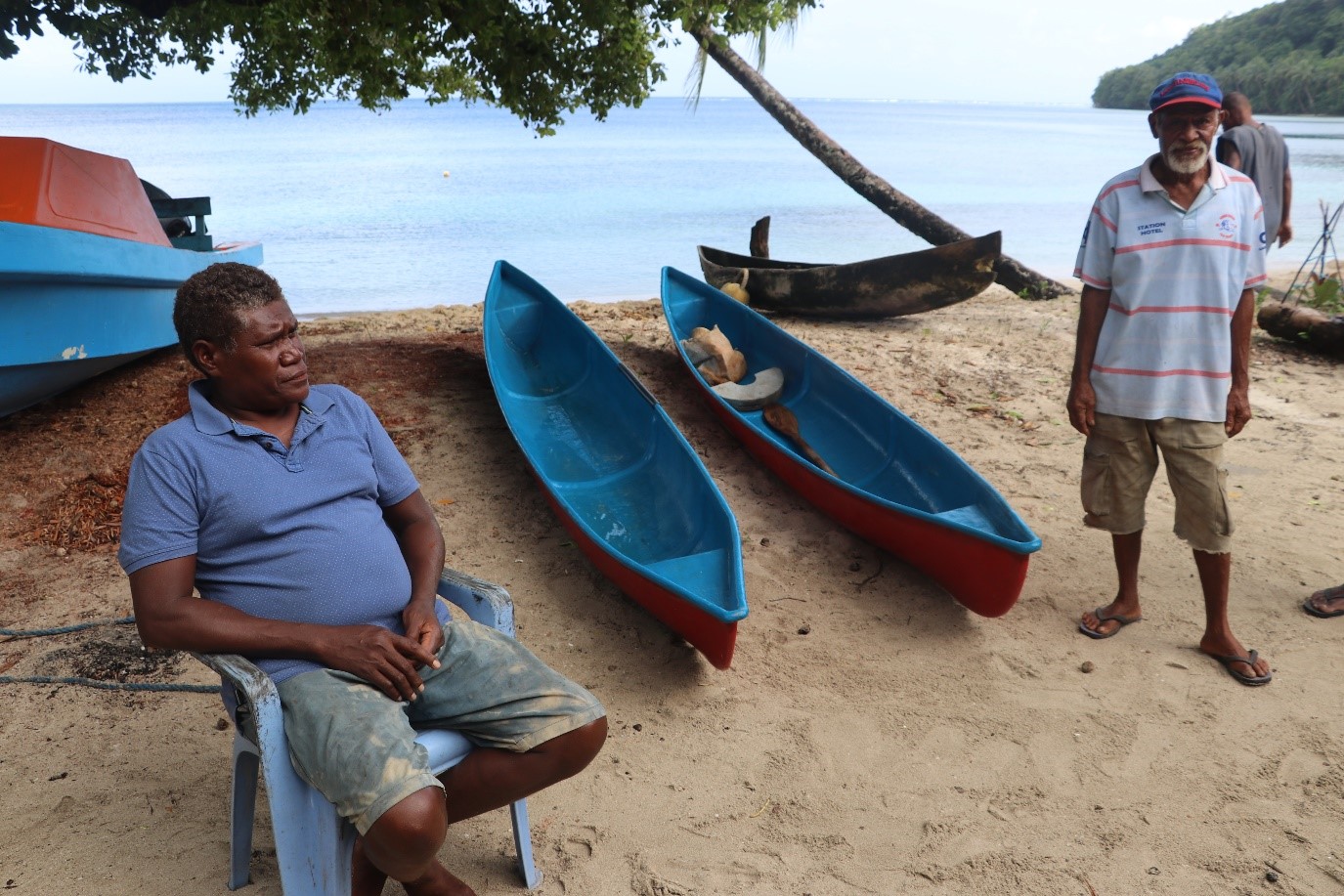 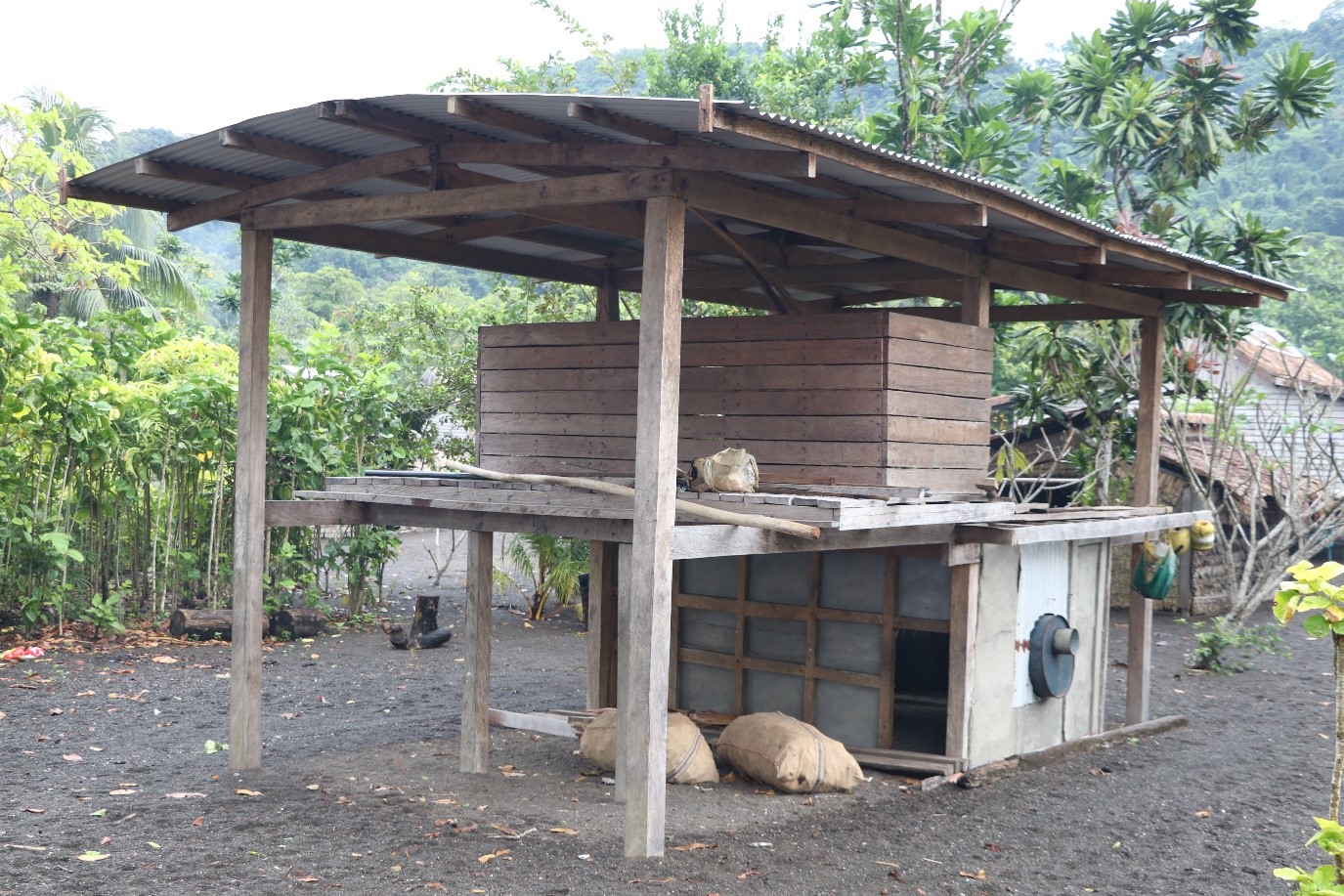 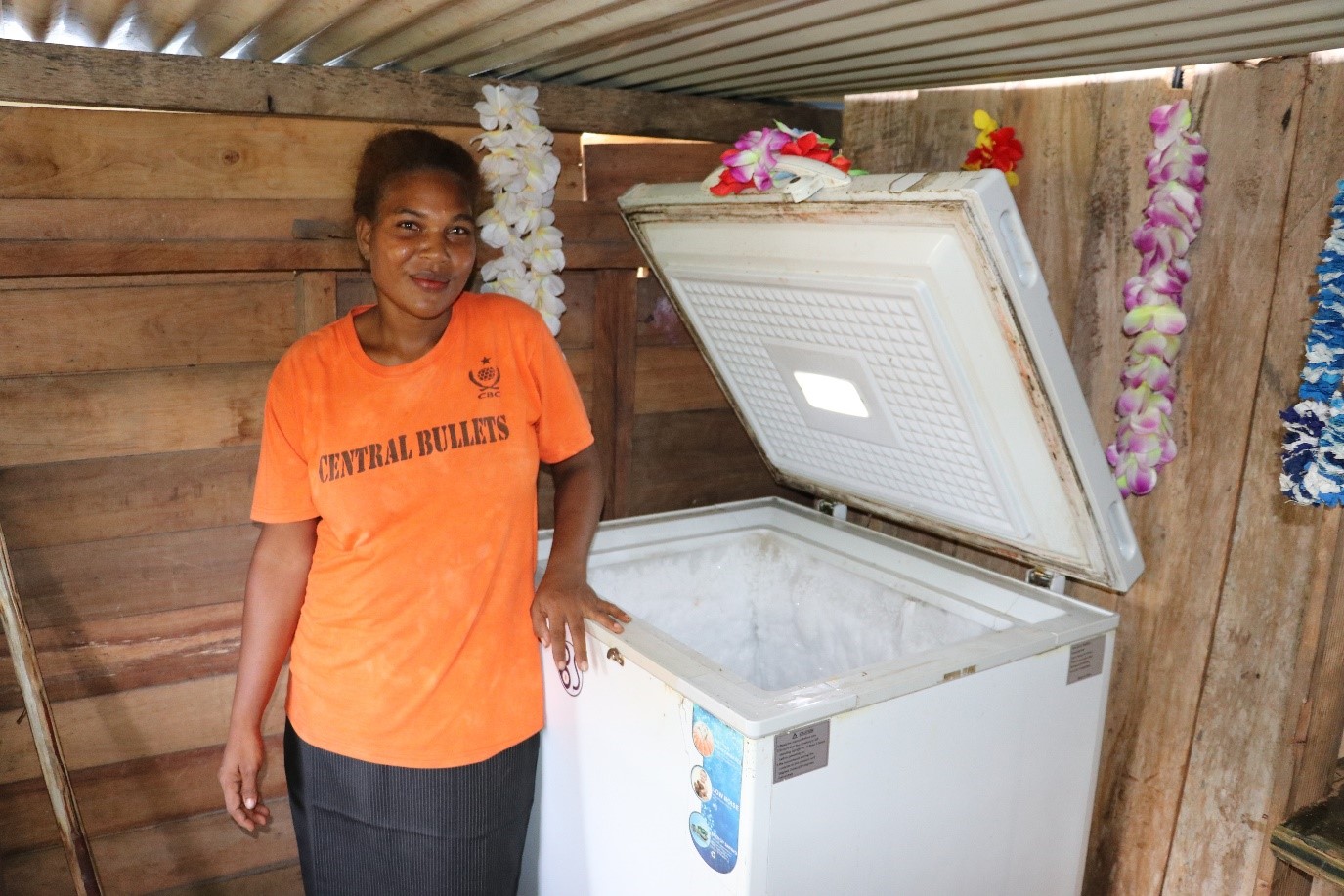 A beneficiary of Income generating project with her solar fridge supporting her rest house in Aorigi. 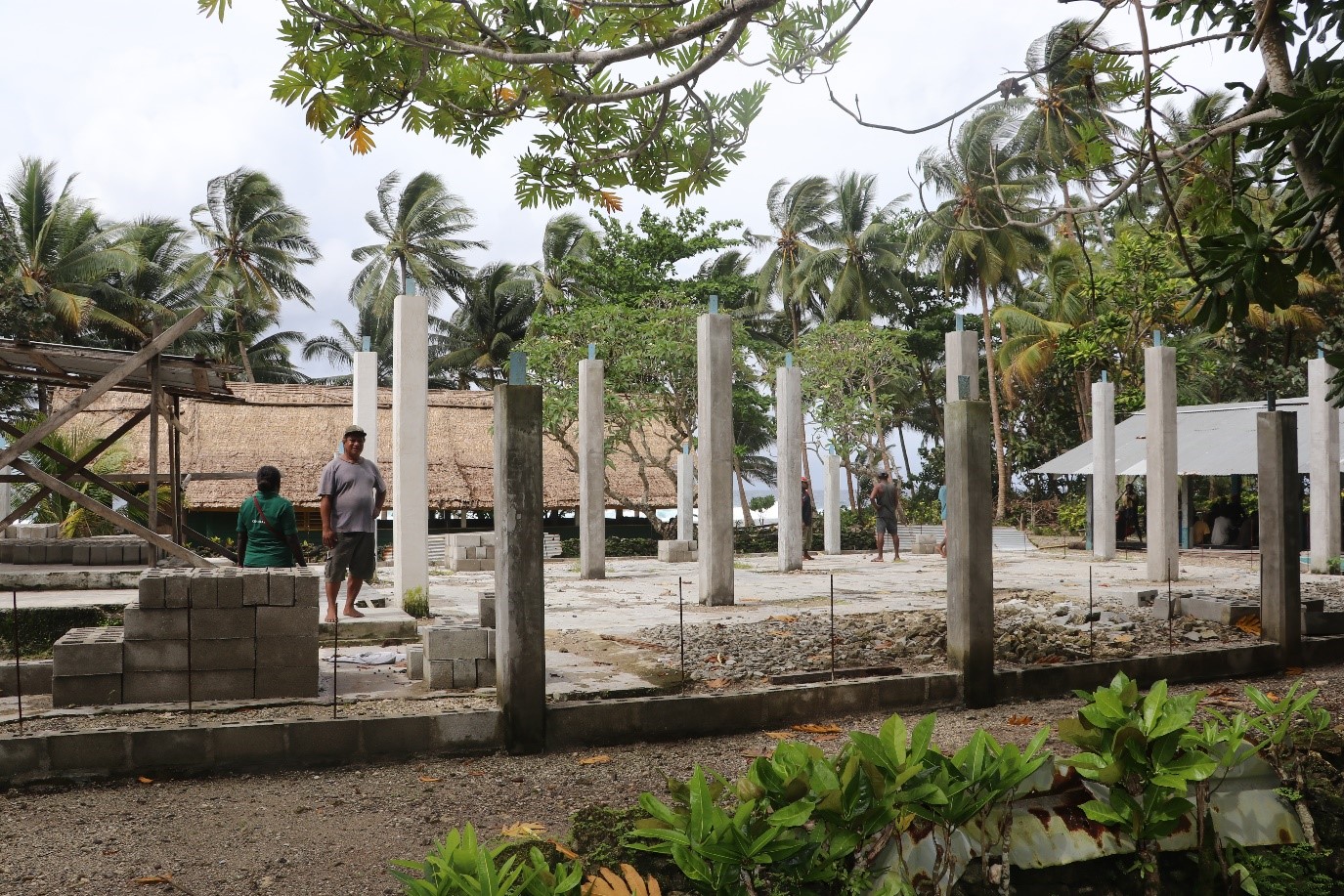 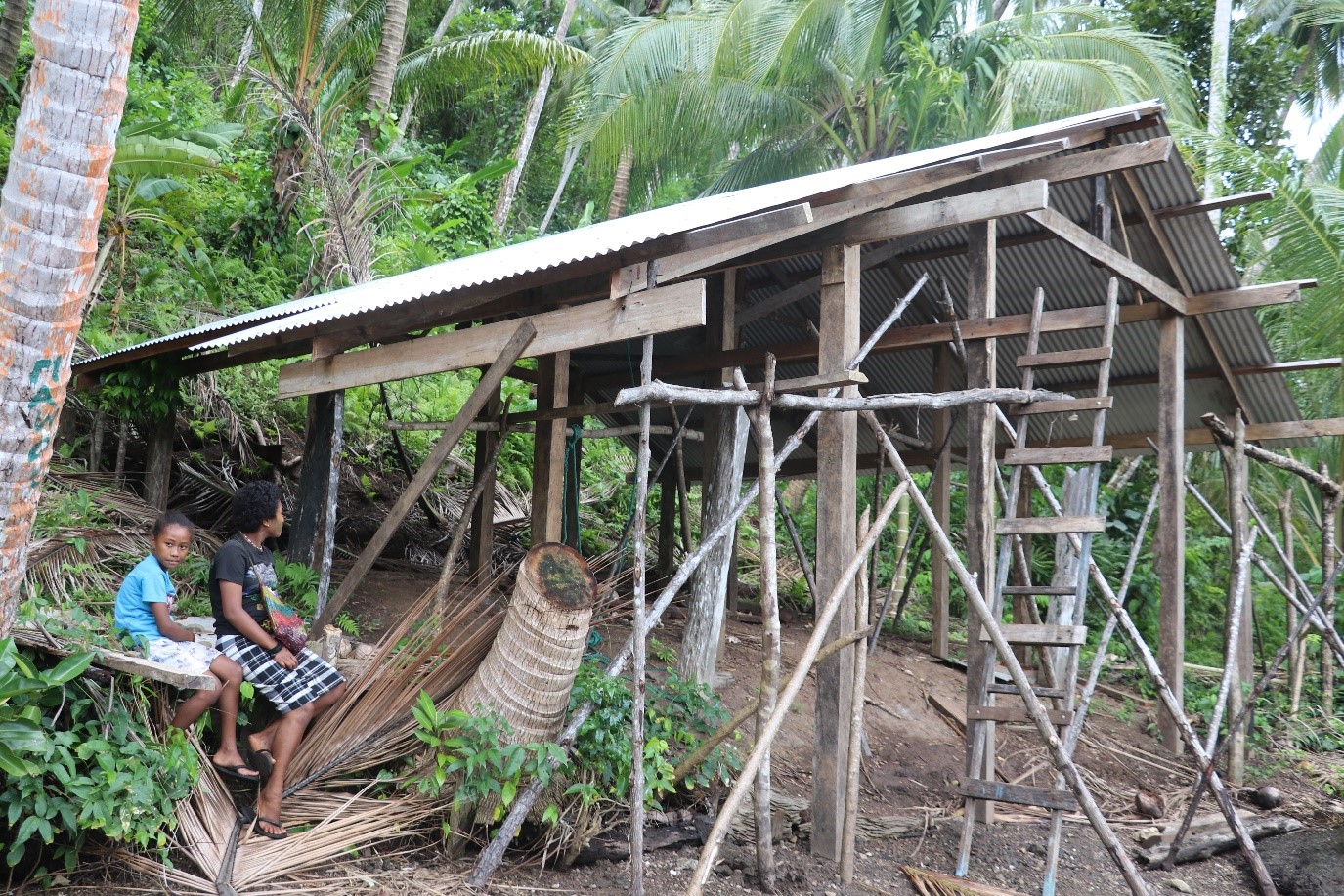