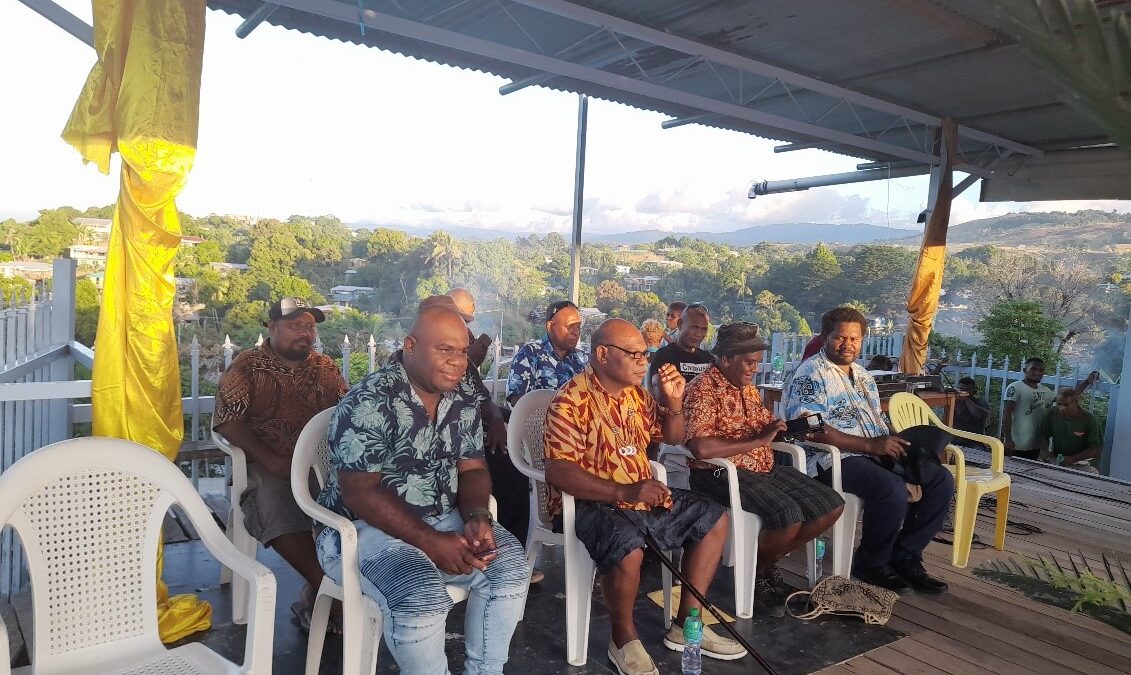 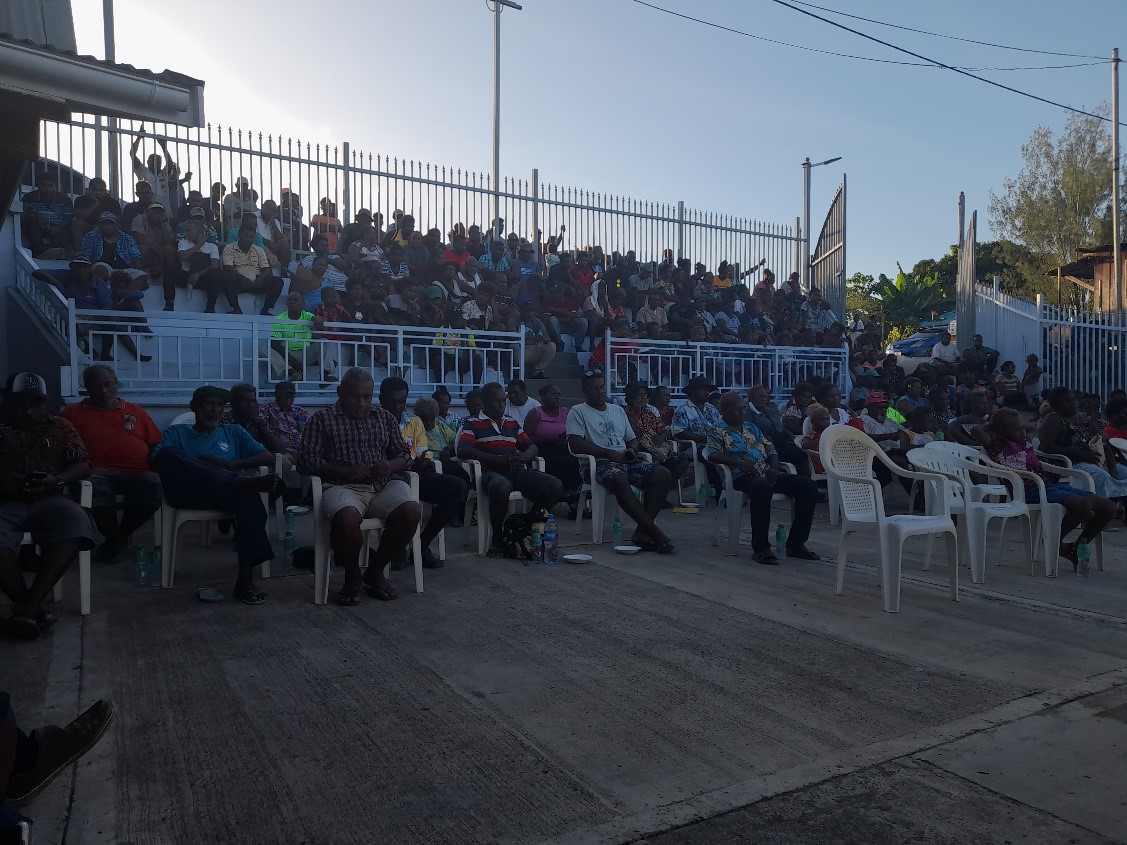 Member of Parliament for East Kwaio Constituency and Minister for Environment, Climate Change, Disaster Management and Meteorology (MECCDD), Hon. Stanley Festus Sofu has successfully conducted an awareness session for more than hundreds of East Kwaio Honiara based constituents at Kofiloko Victorious Church over the weekend.

Speaking during the program, Hon. Sofu said the awareness is important to clear doubts and misinformation regarding issues pertaining to the PRC diplomatic switch, the signed MOU on SI-PRC security pact and the deferment of the dissolution of the 11th Parliament.

“China is the world’s second largest economy and Solomon Islands largest trading partner for the last century until today and is one of the five permanent members of the UN Security Council.

“The decision to switch diplomatic relation was based on the international law guided by 1971 UN Resolution 1758,” Sofu explained.

He emphasized that Taiwan is not a member of the United Nation Security Council since it is just an integral part or province of the main land China.

“It is the Government Foreign policy priorities as friend to all and enemy to none and took a decisive policy stance to respect other territorial integrity of other sovereign countries that have internal boundaries issues.

“It is rational as an MP for East Kwaio Constituency to exercise its mandated duty on their behalf to switch diplomatic relations from Taiwan to the Mainland China. It is the water under the bridge,” he explained.

On the SI-PRC security pact, Sofu further confirmed that the government had already signed the pact to fill and address the gaps which our existing partners have not fully addressed as had been seen in the recent November Riots 2021.

“The pact would not be signed on behalf of the people of East Kwaio if there is a line sighted on the establishment of Military base in Solomon Islands.

“The signed treaty does not have any component for the development of the Military base, and rumours claimed for such misinformation must be brushed away,” he said.

On the deferment of the dissolution of the 11th Parliament, Hon Sofu explained that the decision is rational given the complexities surrounding the nationwide event.

“Solomon Islands is privileged to host the 2023 Pacific Game as historic event since our independence. It is one of the Government policy priorities to enhance and develop sportsmanship and its long term benefits outweigh its total one-off cost,” said Hon. Sofu.

Hon. Sofu explained that one of the reasons to defer 11th parliament to 2024 is the engagement of Electoral Reform taskforce on the Electoral Act 2018 in light of the lesson learned from the 2019 General elections.

“The Electoral Reform Task Force is currently working on reviewing and updating relevant electoral laws for the election of both the National Members of Parliament and Provincial Assembly Members and Honiara City Councilors for possibly holding combine elections in 2024,” he said.

Sofu said that given the Covid19 and logistics related issues, the Government had decided to defer 11th parliament from 2023 to 2024 so as to give time and space for the government to fully implement its policy priorities.

Meanwhile the East Kwaio Honiara based constituents have welcomed and thanked Hon. Sofu and his delegation for the clearing the air through the awareness program.

Speaking during the program, Chief Newton Niumae said they welcomed the government’s decision and have satisfied with the clarifications made by their MP.

“The public have been misinformed by the social media and other street rumours but the presentation is very clear and crystal,” said Chief Newton.

“We are satisfied with the presentation and explanation, and have confidence and trust in our MP’s leadership,” he said.

Chief Niumae further called on East Kwaio people not to be misled by rumours spread especially on social media.

Hon. Sofu and team will visit East Kwaio constituency in the coming weeks.