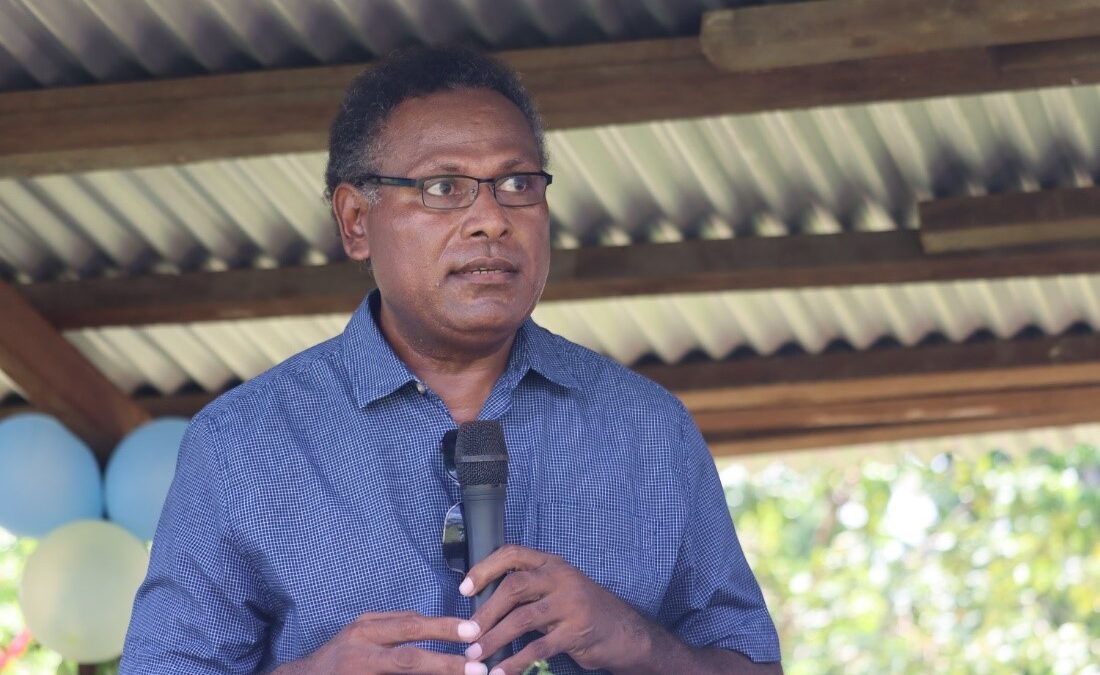 The traditional chieftainship of East Are’ Are in Malaita Province has applauded the National Government for implementing the Customary Land Recording Act.

The main purpose of the Customary Recording Programme was to record the land rights of customary landholding groups. It also allowed recording tribal genealogies which will be officially recognized and subsequently registered in the Government Repository of the Central Land Records Office. 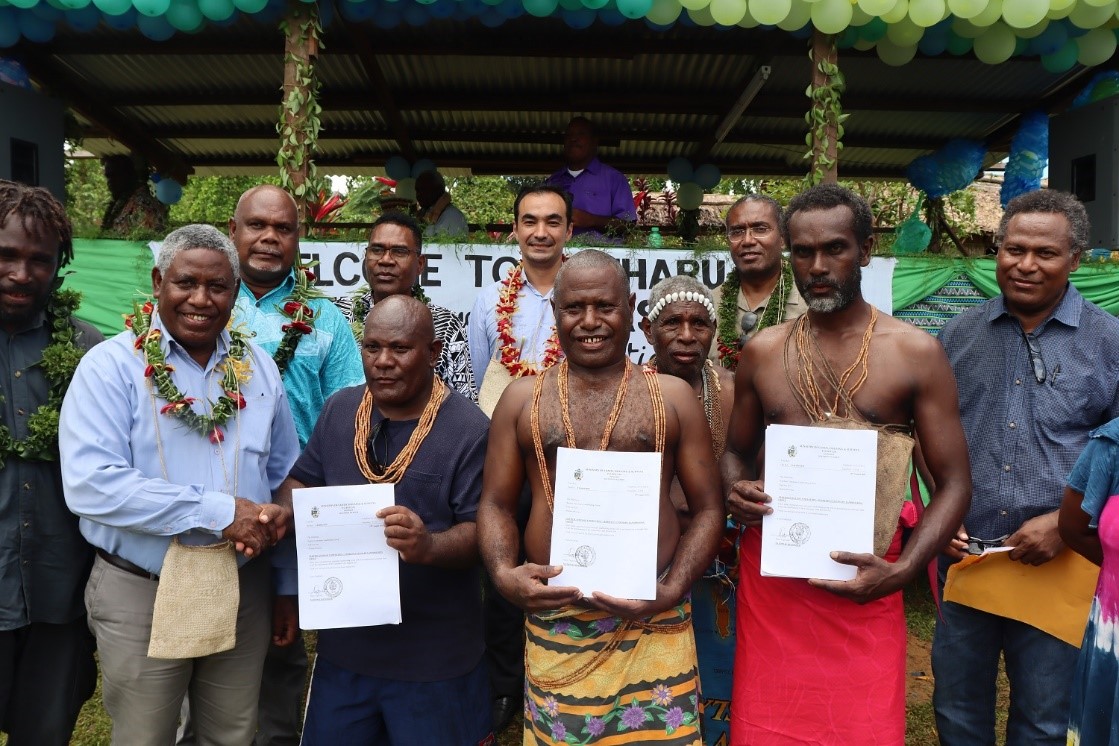 Officials and Chiefs with the certificates

Having land rights recorded grants the landowners the right to utilize land for development that will benefit not just one person or family or a group of individuals, but everyone in the entire tribe.

The customary recording process is an important initiative which contributes to development and peace of Solomon Islands.

Speaking on behalf of three East Are’Are landholding groups at a Customary Land Recording Certificate handover ceremony on August 19, Chief Enoch Naomane’e said this piece of legislation empowers their tribesmen and women and connects them with the Government in preparation for dispute-free development programmes on their lands.

“The handing over ceremony has given us a sense of belonging. We use to recite our custom stories but now they form an official record that will be kept safe and secure for our future generations,” he said.

The certification also enables the three tribal landholding groups to keep a record of their tribal membership including maps and boundaries of their customary lands.

“Land recording is a platform for reconciliation and peace building and it truly promotes the three pillars of reconciliation, restitution and restoration amongst our tribe,” he said.

“Our group is desirous and determined to pursue our dream to ensure we get our tribal members engaged, create employment opportunities that would contribute to the greater national growth of our economy” he added.

Also speaking during the ceremony, Chief Martin Horihua of the Rokohariharina House Chiefs in East Are’Are said the completion of the Customary Land Recording process is a fulfilment of the Are’Are leaders struggle for recognition for proper documentation of their customary land tenure system.

“The recording process is in line with our customary land recording system that was set before by our ancestors and in addition the documentation of our tribal lands will contribute much to reduce land disputes among tribes,” Chief Horihua said.

The customary land recording process is being implemented by the Ministry of Lands, Housing and Survey under the Inclusive Governance of Natural Resources (IGNR) Project implemented by UNDP Solomon Islands and UN Women with the financial support of the United Nations Peacebuilding Fund.