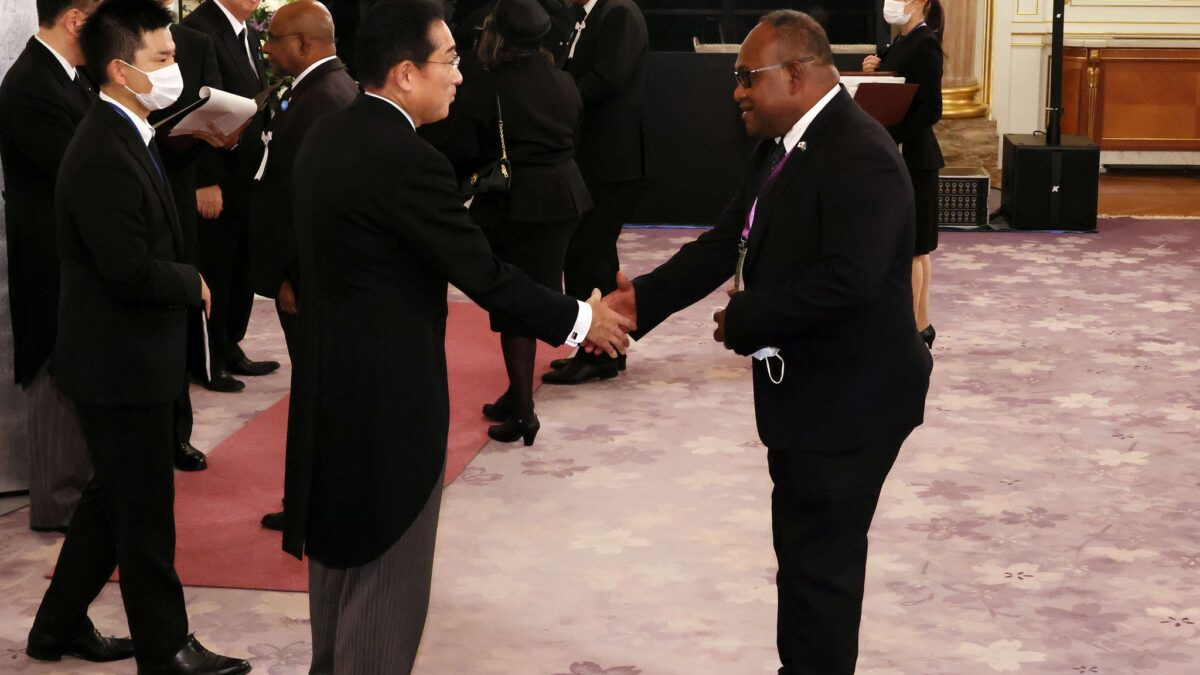 In Tokyo, Hon. Maelanga join thousands of attendees, including representatives from over 217 countries, territories and international organizations at the state funeral.

Around 6,000 overseas and domestic dignitaries attended the funeral service at Nippon Budokan in Central Tokyo including past and present leaders of Japan’s legislative, judicial and administrative branches of power, as well as various representatives from each branch, past and present members of parliament, local government representatives, foreign dignitaries, and national business and community leaders.

At a brief meeting with Hon. Maelanga on Tuesday, Japanese Prime Minister Fumio Kishida sincerely thanked the Government and People of Solomon Islands for the respect and sympathy conveyed to the government and people of Japan on the passing of their former leader.

“Your presence at the state funeral is symbolic of the respect you have for us and a gesture of the strong bond of friendship that Japan and Solomon Islands continue to enjoy,” Prime Minister Kishida told Hon. Maelanga.

He said the friendship between Solomon Islands and Japan continues to grow to new levels and it is appropriate that Solomon Islands is represented at the ceremony to express its condolences to the family of late Abe and the Government and People of Japan at their loss.

Hon. Maelanga immediately resumed his role as Acting Prime Minister on arrival from Brisbane in the absence of Prime Minister Manasseh Sogavare who is currently on overseas engagements.