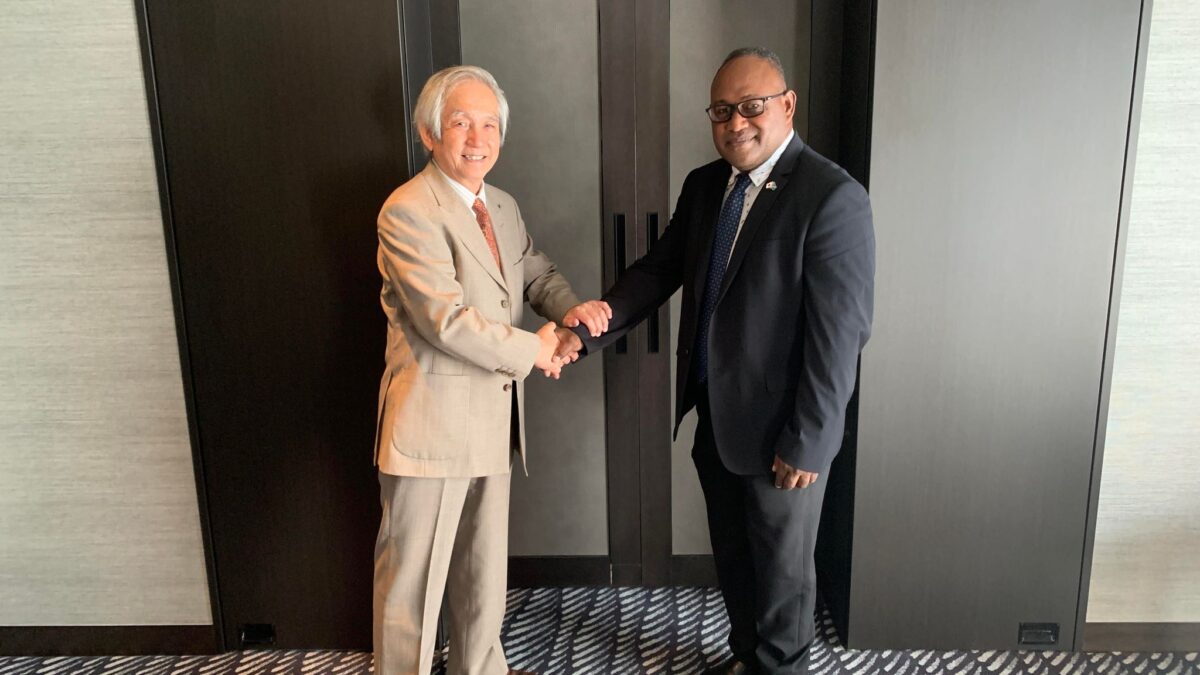 The delegation invited Hon. Maelanga to express their keen interest in strengthening the relationship between JAPIA and the Pacific Islands, especially, Solomon Islands.

The JAPIA delegation looks forward to working together with more engagements with the Solomon Islands Government and the Private Sector.

Hon. Maelanga in response welcomed more dialogue and engagements between officials from both sides, saying strengthening such relations is vital for more cooperation between the two countries.

“The Solomon Islands Government is keen to engage more with JAPIA sooner so that our common visions and interests can be realized,” Maelanga said.

The JAPIA has promoted human and cultural exchanges between Japan and the PICs, researched economic development and political and social issues in the PICs and implemented policy recommendations about diplomacy and aid to the Japanese Government since its establishment as an incorporated association supervised by the Ministry of Foreign Affairs of Japan in 1974.

These activities for the development of the relationship between Japan and the PICs have been highly evaluated and it is hoped that the JAPIA will implement more highly constructive activities with particular attention to PICs present needs.

In recent years, the PICs received significant attention in the change of international relations in the Pacific region. As the mobilization of the wisdom of industry-government-academia is necessary for the further development of the relationship with the PICs, it is expected that the JAPIA will continue to play a crucial role.

Maelanga applauded JAPIA for its crucial role over the years in supporting the PICs and expressed confidence that enhancing cooperation between the Solomon Islands Government and the Private Sector will be beneficial to the two countries.

The Deputy Prime Minister was in Tokyo this week representing Solomon Islands at the State funeral of the former Japanese Prime Minister Shinzo Abe who was laid to rest on Tuesday 27 September.