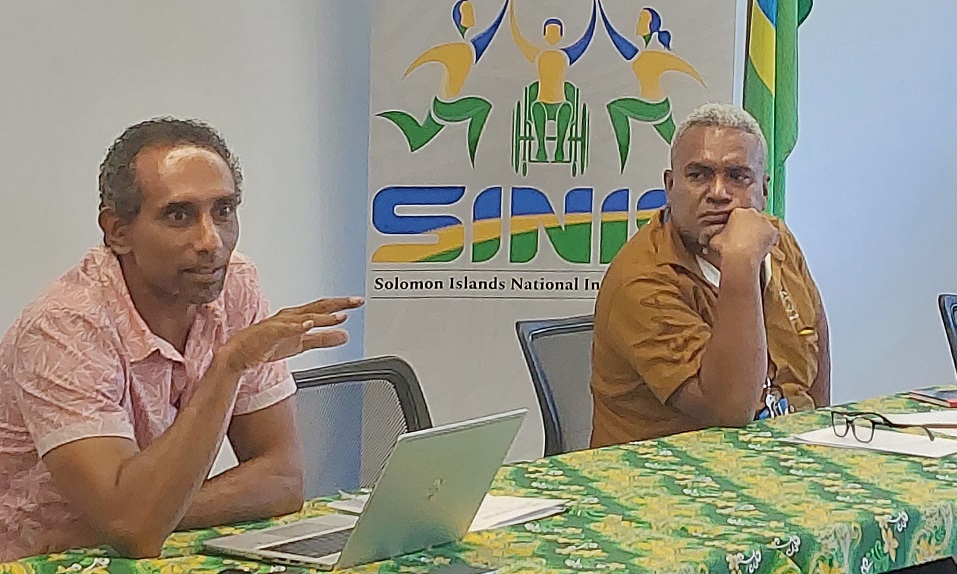 DIALOGUE ON ELECTION DEFERRAL LEADS TO GREATER UNDERSTANDING BY CHURCHES

Facilitated by Officials from the Office of the Prime Minister and Cabinet at the SINIS complex, the dialogue provided a platform for exchange of accurate information on the proposed one-off deferral of the elections to 2024 to allow the country to host the upcoming Pacific Games in 2023.

A statement from the Office of the Prime Minister said the frank and open discussions culminated into common understanding on the subject as opposed to ongoing misinformation and speculations propagated by some sections of the society in the media.

Special Secretary to the Prime Minister (SSPM), Albert Kabui led discussions and explained the rational of the proposed deferral in line with constitutional processes while also taking time to respond to questions and concerns from church leaders.

Chief of Staff (COS) in the Office of the Prime Minister and Cabinet, Robson Djokovic also led discussions on the rationale behind the proposal in line with the Government’s overall policy directive in preparation for the 2023 national general election.

Djokovic informed the meeting that the proposed one-off deferral of the current Parliament is not a permanent extension of Parliament from 4 to 5 years it is only to allow the country to host the 2023 Pacific Games.

Head of Churches attending the dialogue expressed their concern over the proposed extension citing fears that public opinion against the proposal has the potential to trigger further unrest in the country.

However, their concerns were appeased during the dialogue after getting clarification on the genuine reasons for the proposed deferral.

The Heads of Churches also raised concern over the ongoing misinformation on the deferral and expressed concern that misinformation and speculations has the potential to mislead the public and therefore important that the government provides truthful and accurate information to keep the public informed.