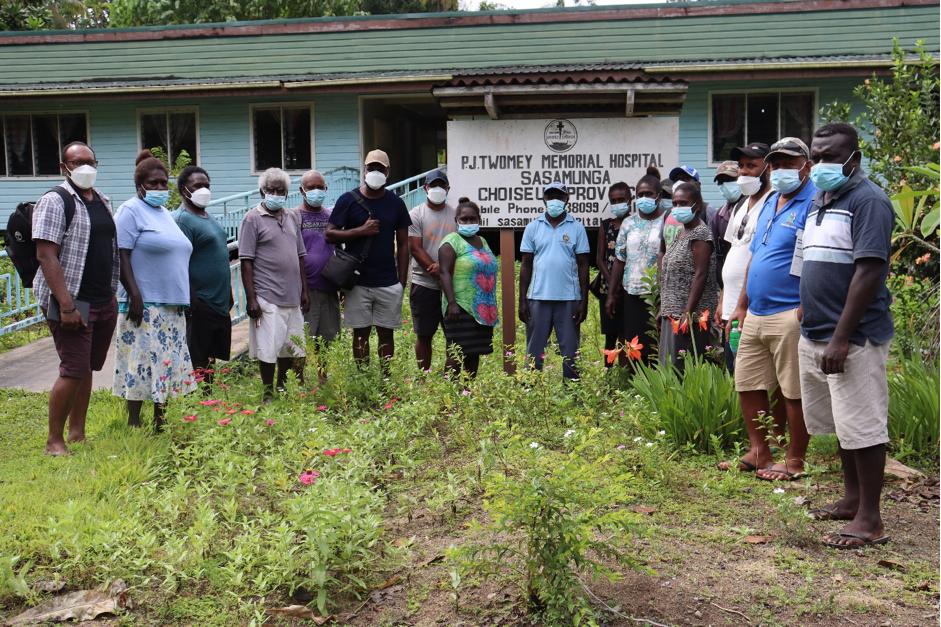 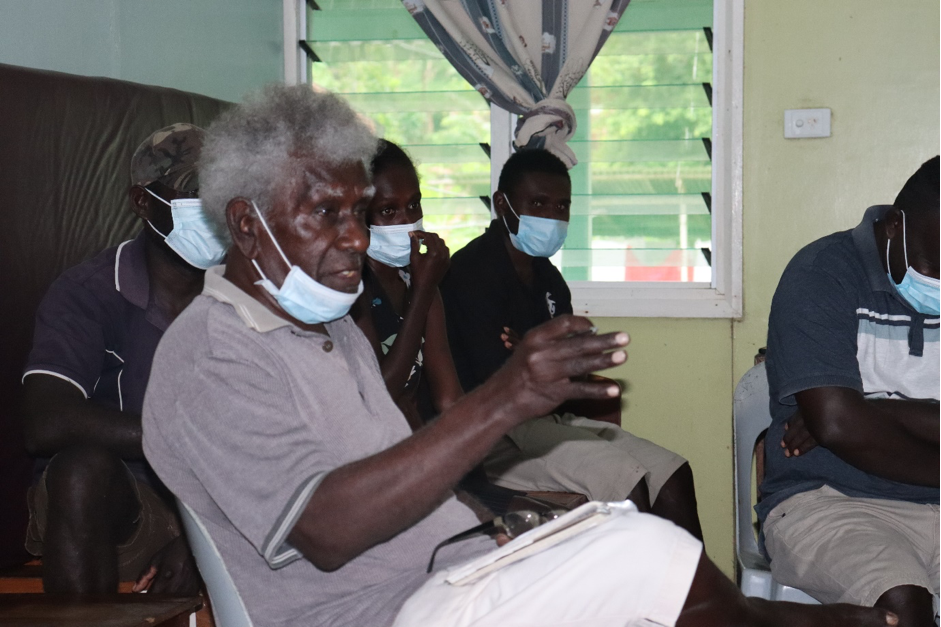 With current efforts to implement the Role Delineation Policy, which sets out the path for health service provision across the country in support of the objectives of the National Health Strategic Plan and the Ultimate goal of achieving Universal Coverage for Solomon Islanders, the team from the National Ministry of Health deployed to Choiseul this week have been busy developing what is to be an enhanced service package for Sasamunga health facility in Choiseul Province.

The package will include improved pharmacy, laboratory, x-ray, dental and theatre services with the construction of a new isolation ward to the Sasamunga health facility as part of current efforts to respond to COVID-19 but also for similar outbreaks in the future.

The national team comprising of infrastructure manager, biomedical and environmental health officers, arrived at Sasamunga this week inspecting Sasamunga Hopital’s infrastcture and the current status of services provided to the people there.

Upon completing inspection an enhanced service package for Sasamaunga was developed and discussed with the health executive members of the Sasamunga health facility.

At the meeting the executive members expressed excitement towards the package stating that thousands of people within the catchment area of the facility will greatly benefit from it.

“We thank the government and national ministry of health for this support and our team stands ready to work closely with the Ministry to ensure that these proposed infrastructure and services including provision of medical equipment are fulfilled”.

Discussions for Sasaumnga to take up some clinical services during the redevelopment of Taro Hospital was also held with great show of support and willingness to shoulder these proposed temporary tasks by the Sasamunga health executive team.

These initiatives to improve health facilities and services in Choiseul province  is part and parcel of the overall effort of the Ministry of Health nation-wide to bring health services closer to the people for ease of access without any financial difficulties in accordance with the Role Delineation Policy which determines the level of services for each category of health facilities.

Again World Bank funding support to assist health in its efforts against COVIID-19 and to strengthen health systems played an important role in enabling such deployments, assessments and discussions occur.