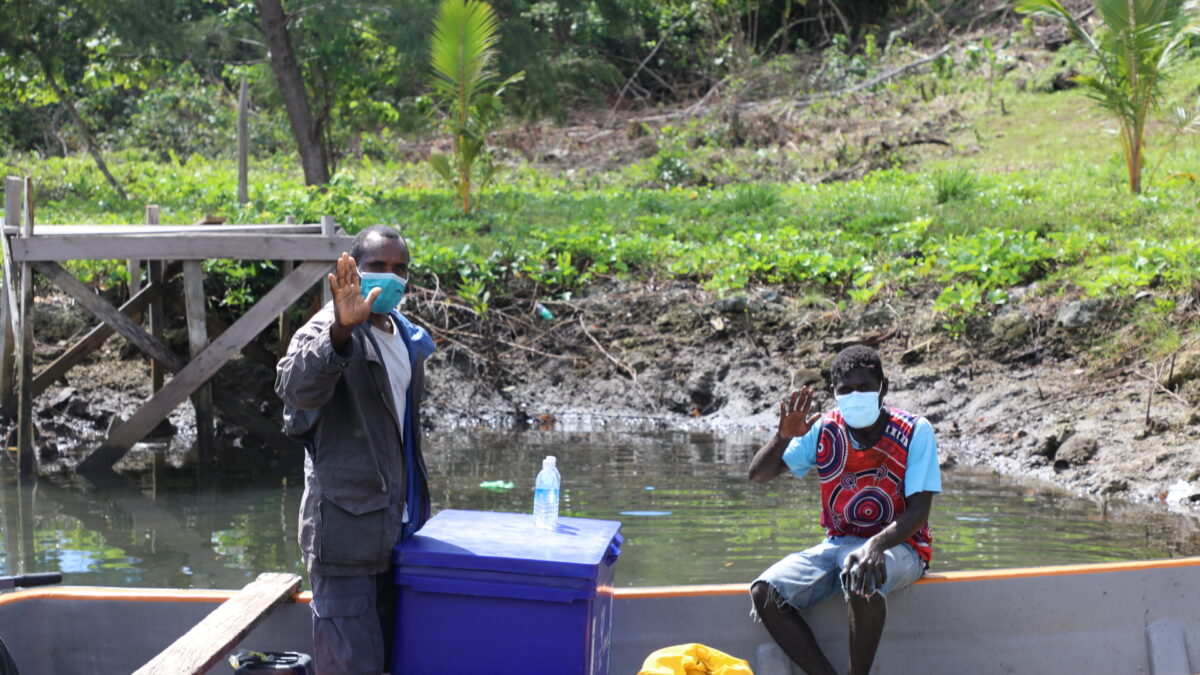 Authorities from the covid-19 Joint Operation at the Western border with Papua New Guinea have released on Saturday (29 August) the two Bougainvilleans arrested and detained at Kulitanai Police Post in the Shortland Islands after meeting all covid-19-free conditions.

A Royal Solomon Islands Police Force (RSIPF) patrol mission intercepted the two fishermen near Nunungari Island in the Solomon Islands waters on Wednesday 26 August at around 4:00pm and escorted to Kulitanai Forward base where onsite health officials immediately checked their conditions.

The duo were detained in a makeshift Quarantine facility for 3 days where they have been constantly monitored for symptoms of covid-19 since they have travelled from a high risk country.

Based on results from these clinical observations, onsite health authorities from the Solomon Islands Medical Assistance Team (SOLMAT) cleared and recommended their early release.

Their release was made on clearance by the SOLMAT Team Leader Dr. Channel Sabino that the two detainees have met the COVID-19 free conditions.

The Deputy Director of Immigration under section 28 (2) of the Immigration Act 2012 served notice for Eddie Sisi and John David Kuvuku to leave Solomon Islands after spending three days in detention under mandatory quarantine at Kulitanai Forward Command Base.

During the process, Police and Immigration officials maintained communication with their counterparts in Buin and Arawa regarding arrangements to return the two detainees safely including a handing over certificate.

The decision to send the two men home to their authorities was made after carefully considering costs and health aspects surrounding their entry under the current travel restrictions as well as health conditions.

Keeping the men at Kulitanai for a longer period would incur unnecessary cost to the taxpayers of Solomon Islands while at the same time sending them home would keep them out from further interaction with the local communities.

Bougainville Police and Immigration authorities have received the two men at a brief handover ceremony at the redline area near Mauhu Island. 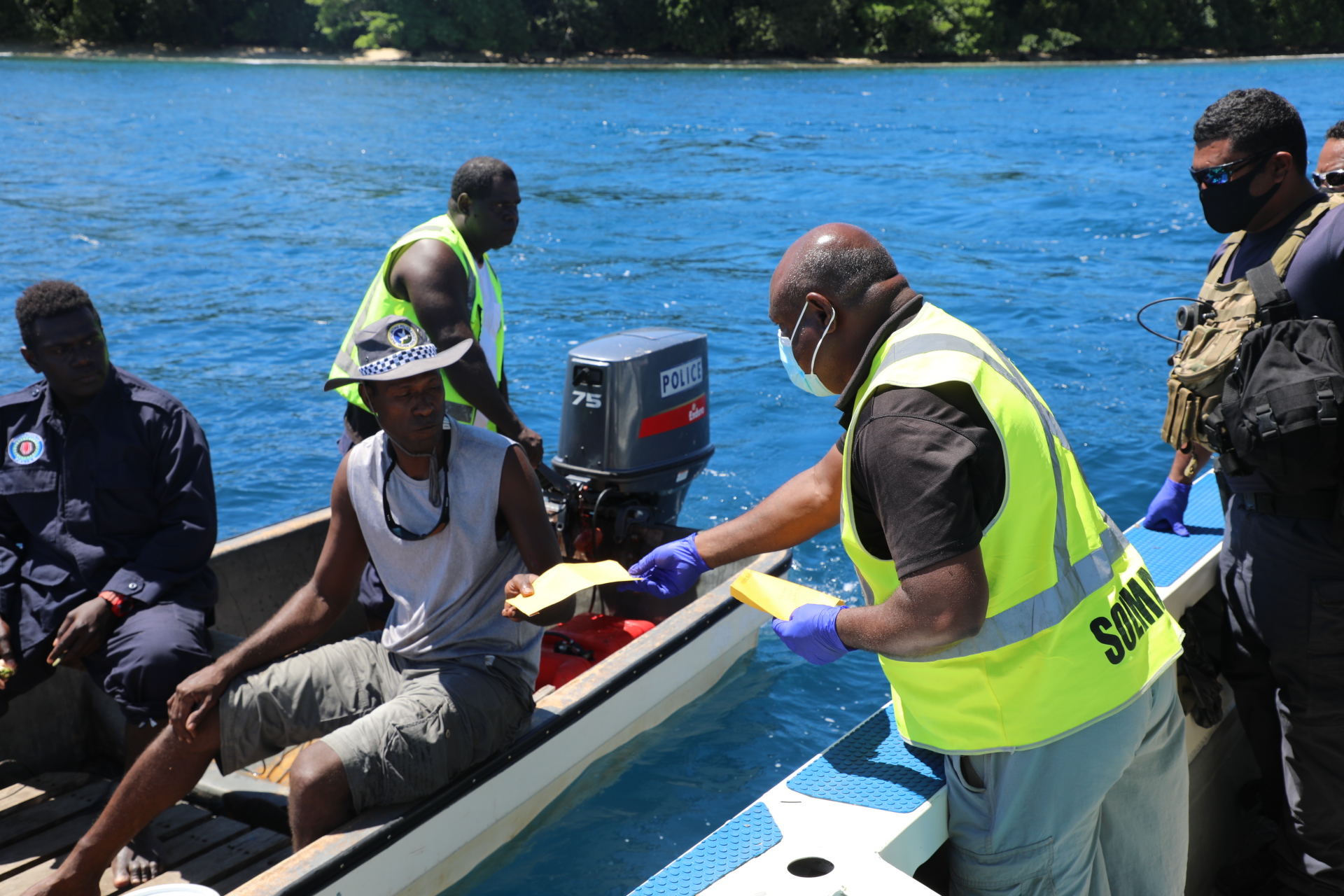 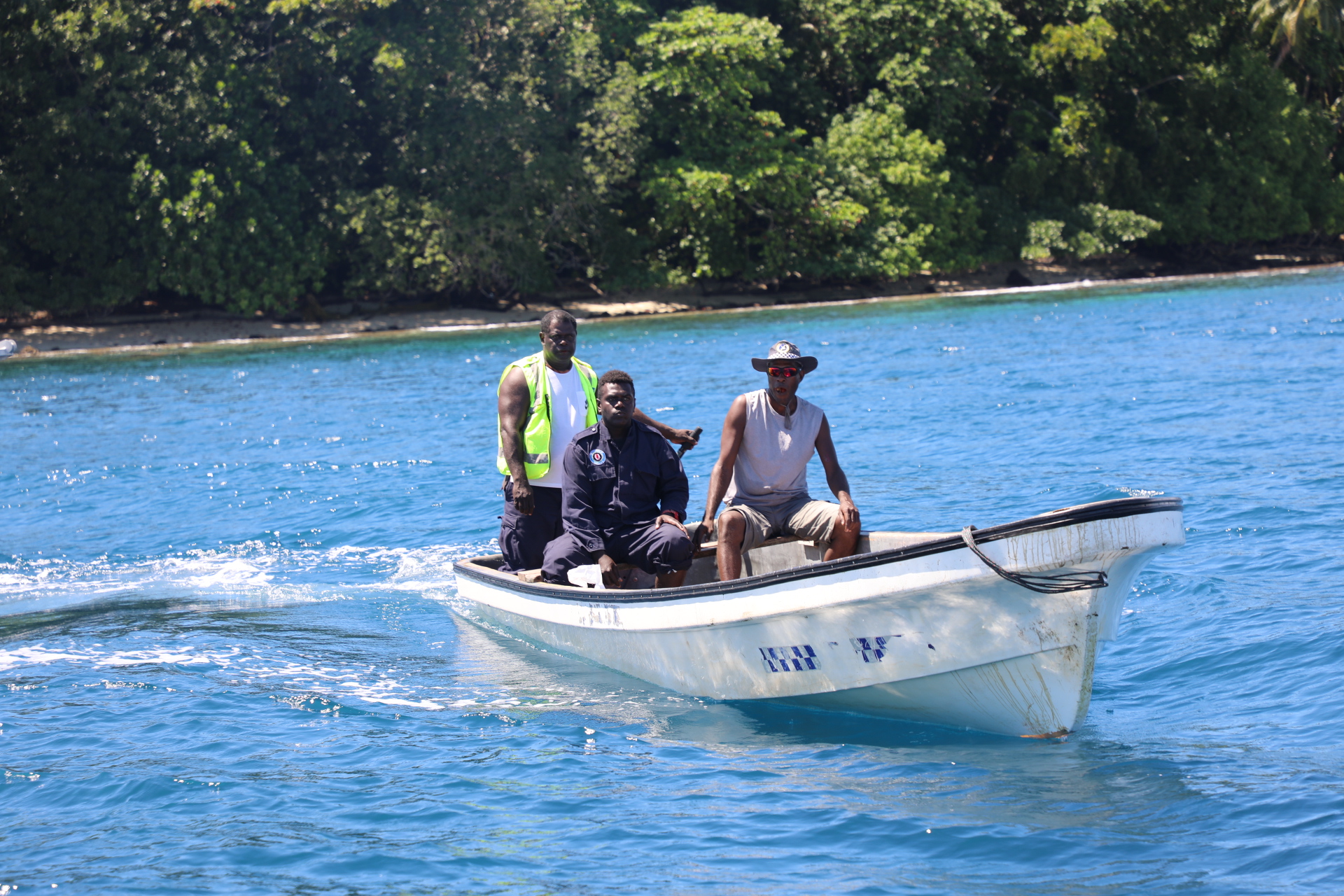 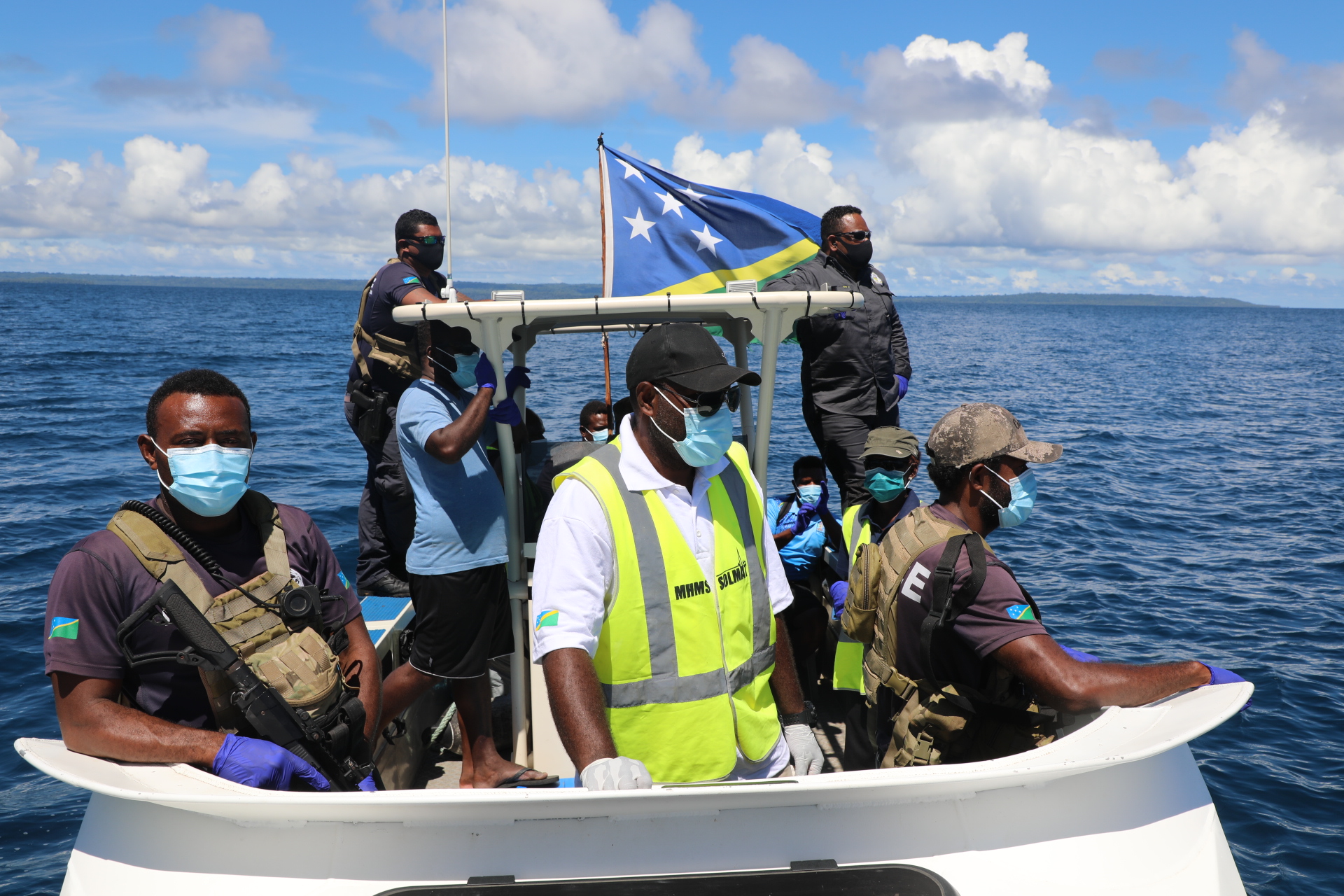 Police, Health and Immigration Officials at the handover ceremony 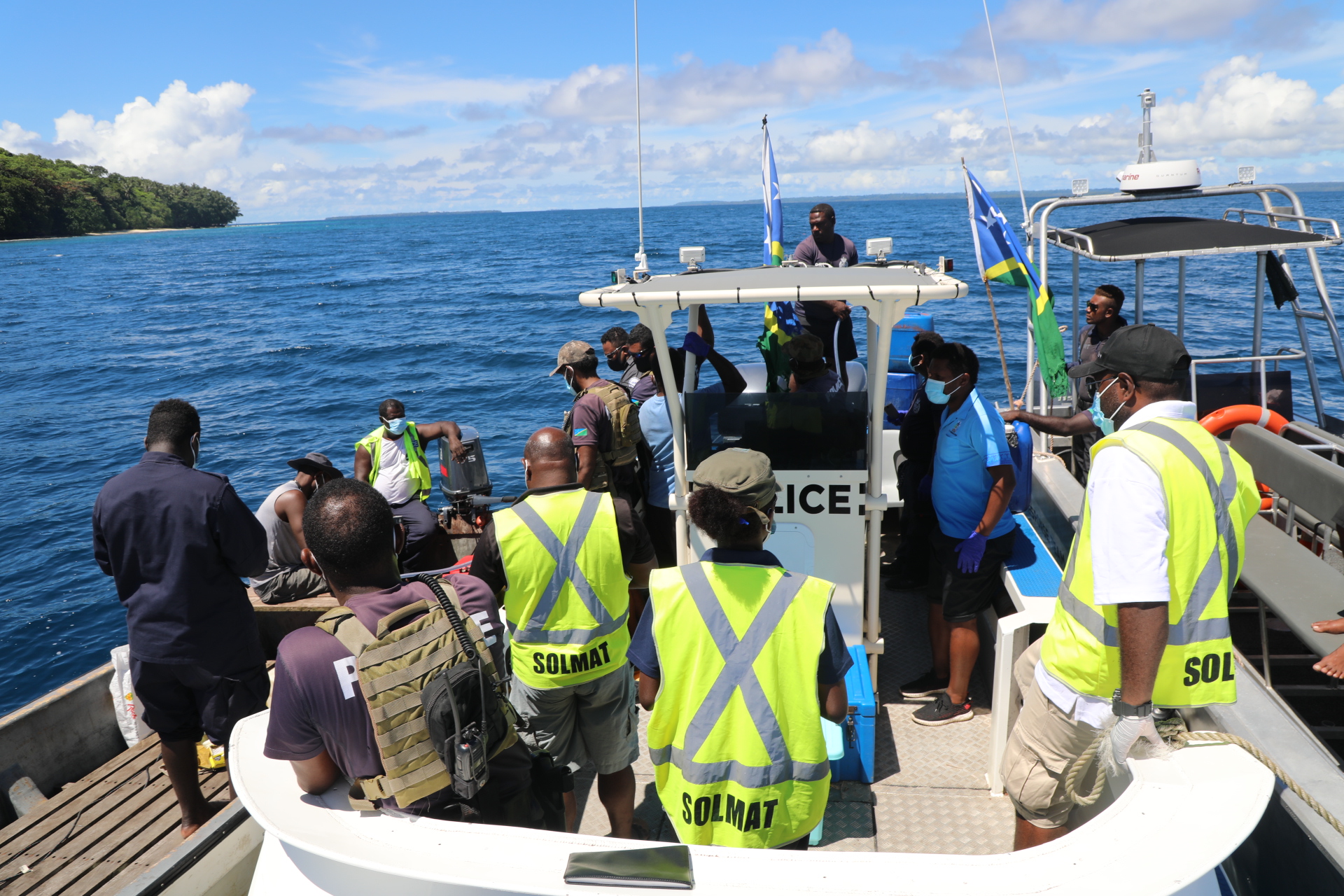 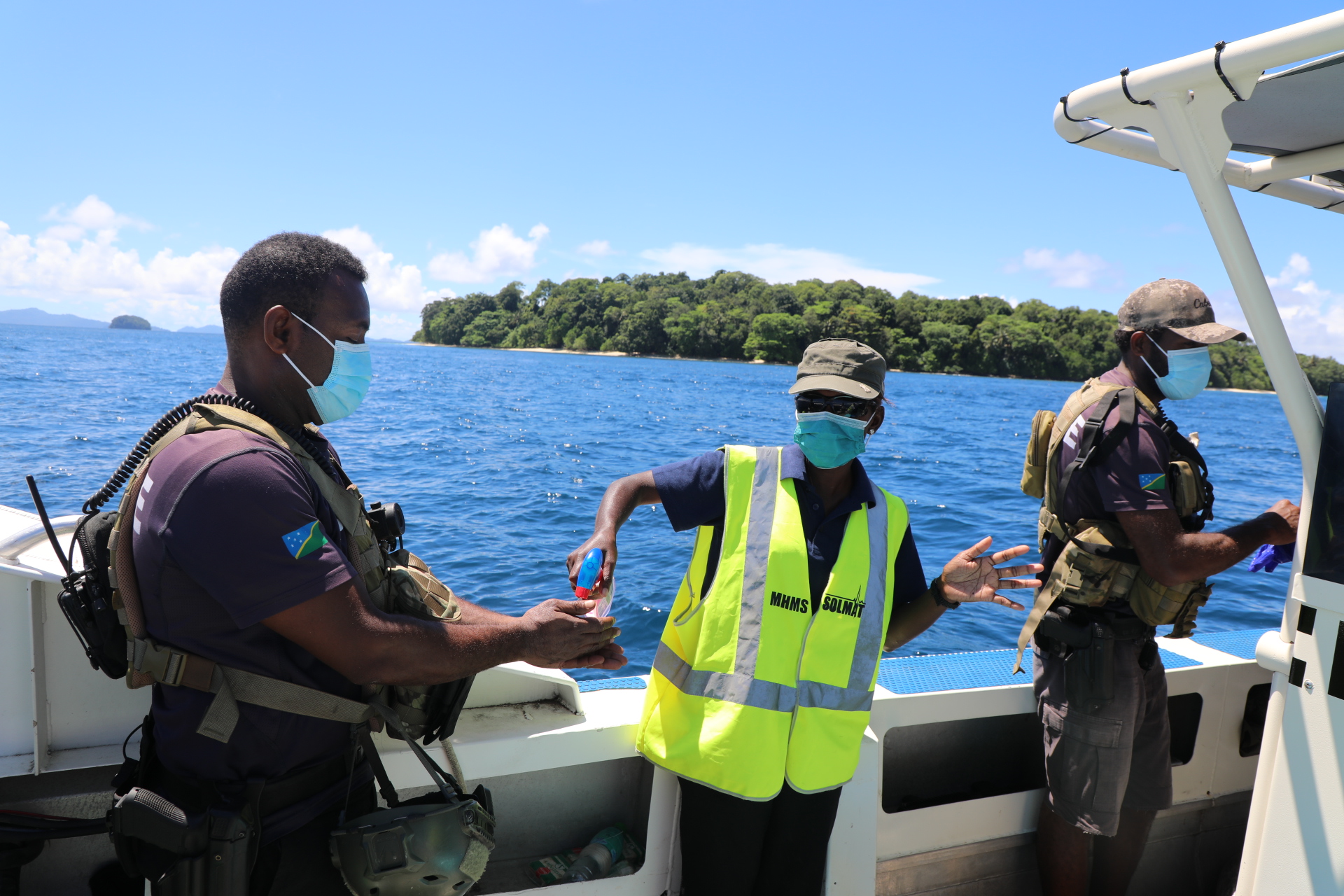