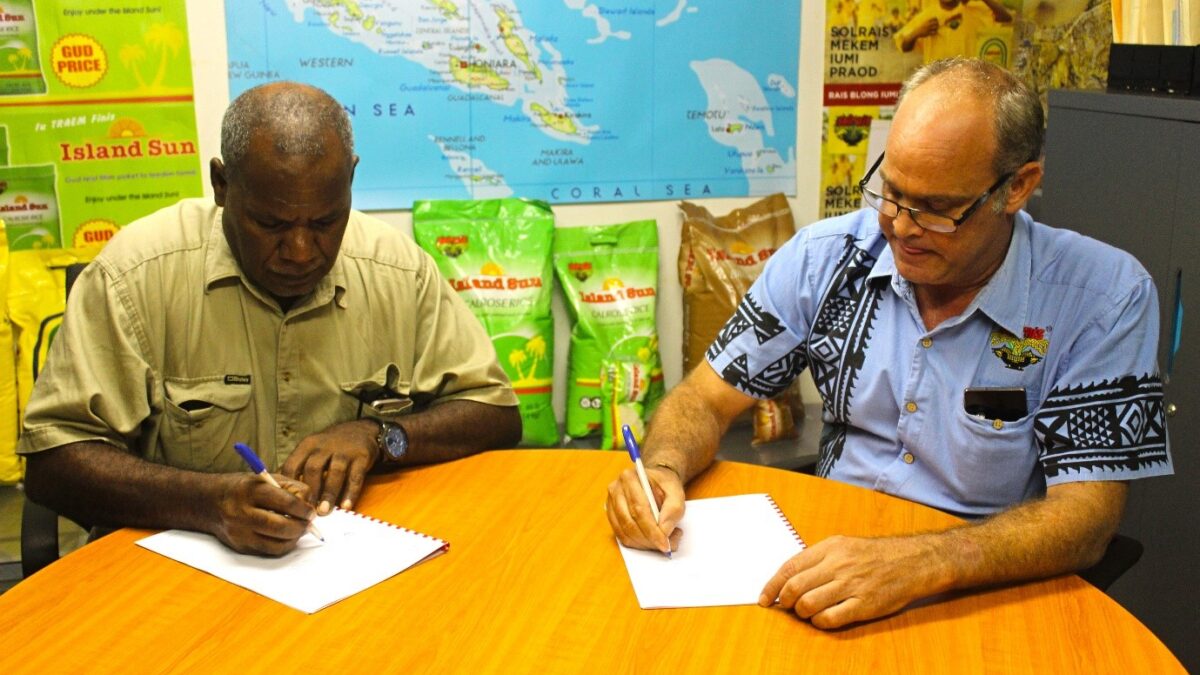 Biosecurity Solomon Islands of the Ministry of Agriculture and Livestock (MAL) has entered into a new partnership agreement with Solrice Company to restrengthen its Compliance against entry of exotic pest and other biosecurity risks into the country. 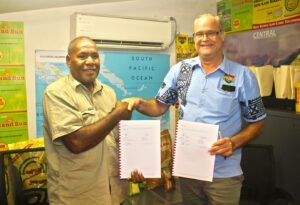 The agreement permits Biosecurity to monitor the movement of imported containers of rice for human consumption to their approved premises for unpacking and thorough inspection; enable biosecurity compliance and auditing to monitor and carry out thorough inspection of imported rice at the wharf or at the Solrice Company premises to prevent biosecurity risks; conduct training for Solrice employees on inspection, in absence of Biosecurity staff upon arrival of rice consignment and ensure Solrice complying to the agreement as aligned to Biosecurity Act 2013 and regulation 2015.

Director of Biosecurity, Francis Tsatsia said it is crucial to have such legal arrangement with Solrice as the country’s leading rice supplier to ensure all imports (must) be systematically examined to ensure pest such as khapra beetle (Trogoderma granarium) and others not present here do not enter the country. “Khapra beetle is native to India, but has spread to many parts of Africa, Asia, Europe and the Middle East.  khapra beetle (Trogoderma granarium) is a serious pest of stored grains, rice, oilseeds and dried foodstuffs.”

“Under this agreement, both parties agreed to collaborate for the protection of the country from biosecurity risks with the department of biosecurity to provide training in relation to the compliance agreement and other biosecurity related matters to Solomon Rice Company employees,” Mr. Tsatsia said.

Other companies or importers of rice into the country are expected to sign the same Compliance Agreement with Biosecurity in due course.

Mr. Tsatsia said the signing is a step in the right course for the country as Biosecurity is concerned to ensure the country is safeguarded from incursion of pests, diseases and other biosecurity risks. He added the signing also rejuvenated the prior agreement that firmed between Biosecurity and Solrice Company but has not been practiced for some years. 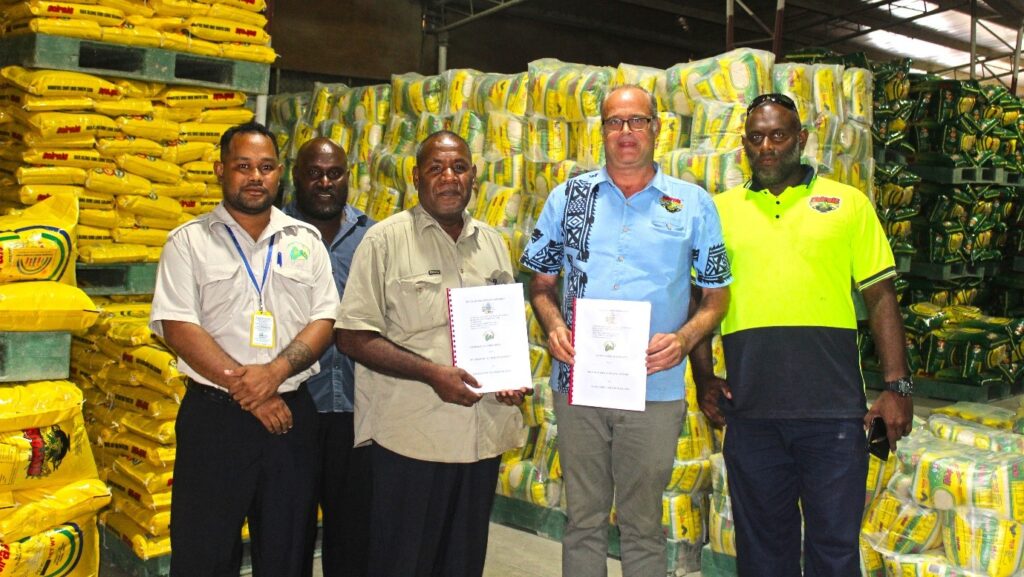 “As a responsible company in the country it is of upmost importance that we are complying to and in most cases exceeding all the requirements of the Country. As a major importer of foodstuffs into the Solomon Islands and sourcing product globally we must adhere and work with Biosecurity to ensure we keep the boarders safe and do not let in any harm that would affect the countries agriculture, livestock, fauna and flora. In turn Biosecurity have the confidence in us to perform our business without hindrance and with assurance we are acting within the agree parameters,” Mr. Bradford said.

“Ultimately working with Biosecurity we can ensure the standards are set and maintained for the industry and in turn these requirements within the agreement can be rolled out to all importers who would be held responsible for their actions in meeting and maintain the requirements.

“It is a solid step in the right direction.

“We always place the strengthening of our relationship with Biosecurity for any incursion of newly introduced pest and disease in the country as a priority,” Mr. Bradford stressed.