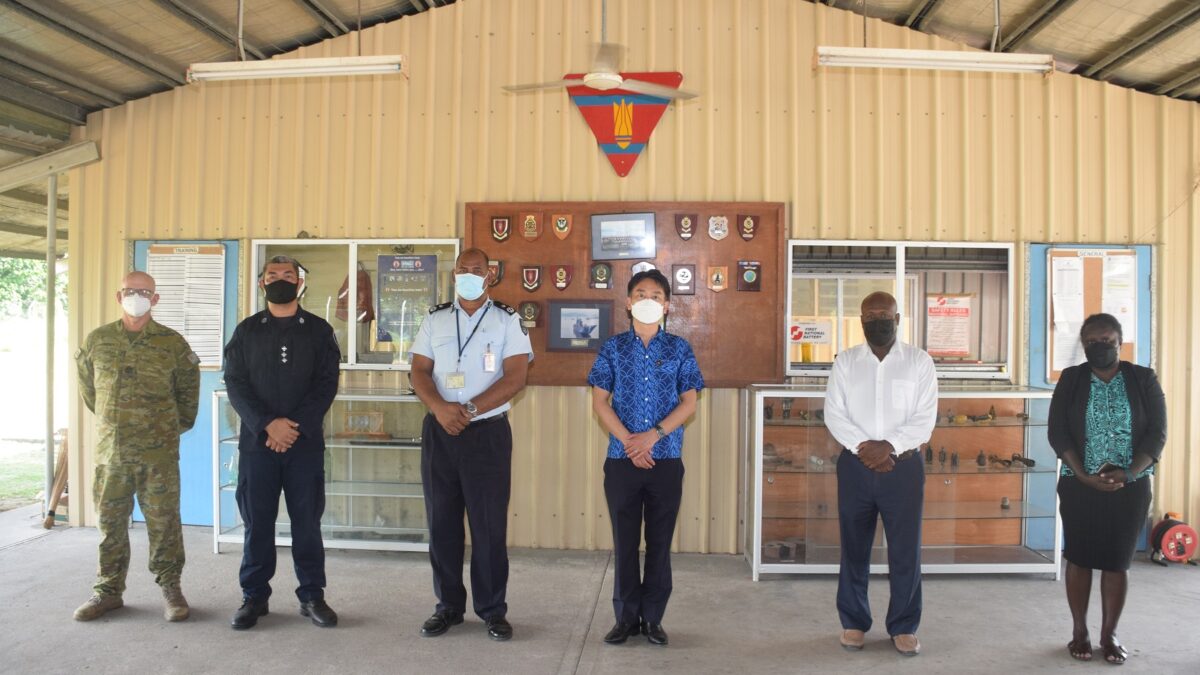 A Group photos after the visit

Dangers of UXO is real and the work needed to be done is huge: Minister Veke highlight 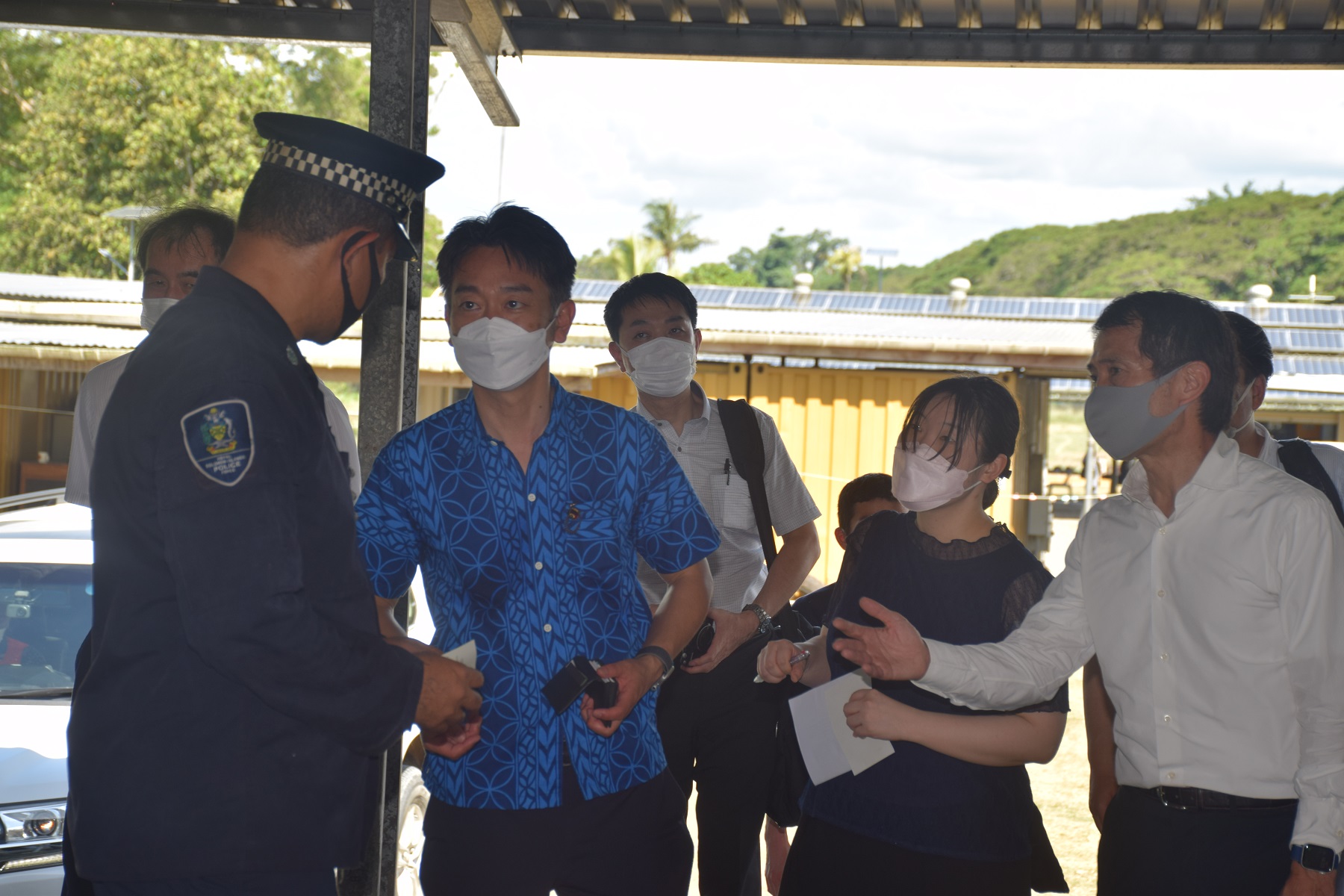 The danger of Unexploded ordnance (UXOs) is real and the work needed to be done is huge, a strong remarks from the Minister of the Ministry of Police, National Security and Correctional Services (MPNSCS), the Honourable Minister Anthony Veke highlight   during a visit by Japanese delegation at Hells Point on 26 April 2022.

Ministers said dealing with UXOs or remnants of war is a dangerous task and the Explosive Ordnance Disposal (EOD) Team have continued to deliver on their mandate. This country as we all know is littered with countless ‘Explosive Remnants of War’, a legacy of a dark chapter in our world history. It is a chapter, which we wish to put behind us. We do not wish to revisit, or allow it to happen again. It is in this spirit that we will collectively work together to make amends for what was left behind. 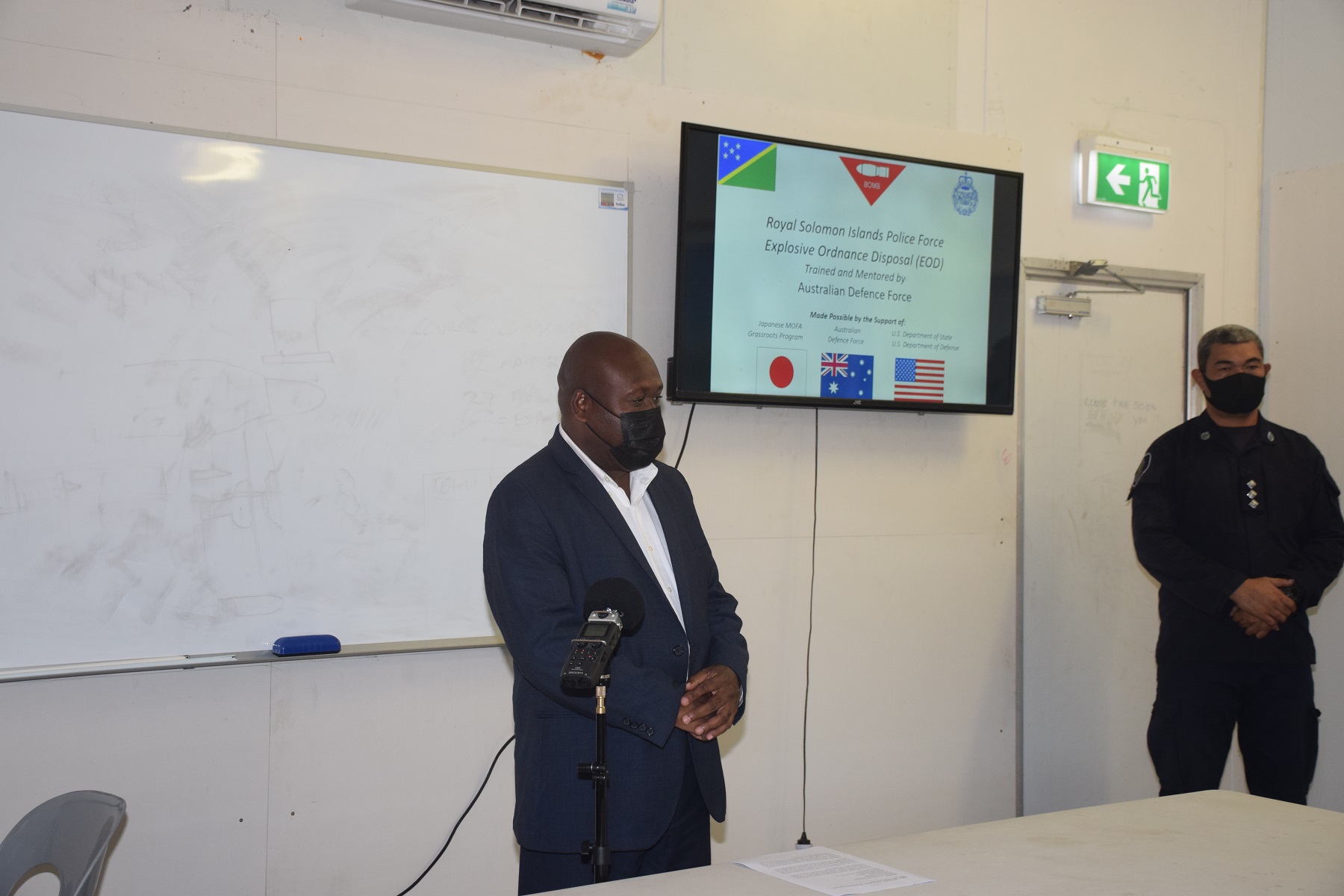 The Minister of the Ministry of Police, National Security and Correctional Services (MPNSCS), the Honourable Minister Anthony Veke present his remarks during the visit

Honourable Veke said it is with a humble heart, that I, on behalf of my Government, acknowledge the important work that the Government of Japan has continued to support and assist us in this area. Allow me to convey our deep respect, and appreciation for the government of Japan’s commitment in supporting us.

Mr Veke said the funding assistance from Japan will not be taken lightly but with deep praise and admiration. In fact, this support will greatly compliment the ongoing work that the Australian Government is currently engaged in with the EOD unit.”

Japan Vice Minister for Foreign Affairs, Kentaro UESUGI said Japan is fully aware of the threat posed by UXO. It is a matter that needs urgent action and this is an issue that needs addressing by all partners involved such as the USA and Australia. Recently, UXO claimed the lives of a few people, thus it is a serious issue that needs immediate action.

Minister UESUGI said the site visit to EOD at Hells Point today signifies the cordial bilateral relationship between our two countries and Japan will continue to support the social and economic development of Solomon Islands. The Government of Japan has been and will continue to support the government of Solomon Islands with its development plans in the years ahead.