A two days’ workshop on the Customary Land Recording Act organised for the Sandfly House of Chiefs in Gela, Central Islands Province last week has inspired chiefs and tribal elders to support the formal recording of their customary lands.

A team from the Ministry of Lands, Housing and Survey’s National Land Recording Office headed by the Commissioner of Lands Allan McNeill and National Recorder Mary Tegavota together with National Recording Officers has conducted the workshop from Thursday 9 to Friday 10 at Olevuga village for more than 50 participants including chiefs, tribal and community leaders, women and youth representatives.

The workshop has provided an avenue for responsible officers to explain in detail the Customary Land Recording Act to participants as well as processes and conditions involved in recording of customary lands.
The workshop covers four intensive sessions over a period of 2 days. On the first day, the National Recorder Ms Mary Tegavota facilitated the sessions on the Customary Land Recording Act 1995. The objectives of the legislation, the processes stipulated in the Legislation and other matters pertaining to the management of the Act was discussed during the session.

It also covers the recording process from application, alternative dispute resolutions and conclusion of the recording process. The workshop was also informed of the establishment of the Customary Land Record Office in the Ministry of Lands Housing and Survey, headed by the National Recorder. The National Recorder is responsible to record customary land and keeps safe records of all customary land recorded.

Most land in Solomon Islands is customary owned and is managed under distinctive land tenure systems over the customary region of the location of the land.

President of the Sandfly House of Chiefs Chief Noel Mano on behalf of participants expressed his gratitude to government for informing them of this very important act and its intentions. “This is one of the best initiatives which my chiefs believe will help us to prepare our lands and resources for development,” President Mano said.

The second session covers, history, custom stories and tribes and clans. This gave the participants a reflection on where they have originated from and the custom over their history on land.

Women representative and tribal leader Magareth Mahika from Buena Vista and Sandfly has expressed her gratitude to the government for explaining the act and its intentions to her people as well as discussing issues of land ownership and land use in Gela custom.

Another Chief Joel Seka who is treasurer of the Sandfly House of Chiefs said the workshop was important to the chiefs to prepare their lands and to settle any disputes on land before any recording process can take place.
“The idea of recording customary land is a very good initiative to help us prepare for any potential developments fitting for our area,” Chief Seka said.

He believed that recording of customary land will help to alleviate land disputes and to help people know their history and boundaries according to the customs of Gela.

Central Islands Province is the third province to declare its position as a customary land recording province following an executive policy decision early last month.
Central Islands Premier Stanley Manetiva has also attended the workshop and has expressed his gratitude to the national government for choosing Central Islands as a recording province.
“I am very happy that CIP was chosen and I hope this workshop has empowered our chiefs and tribal land holding groups to understand the importance and processes of recording customary lands,”

The Land Recording team will visit other provinces to organise similar workshops as part of the Government’s programme to rollout customary land recording in the country. The Government Customary Land recording programme is supported by the Australian Government. 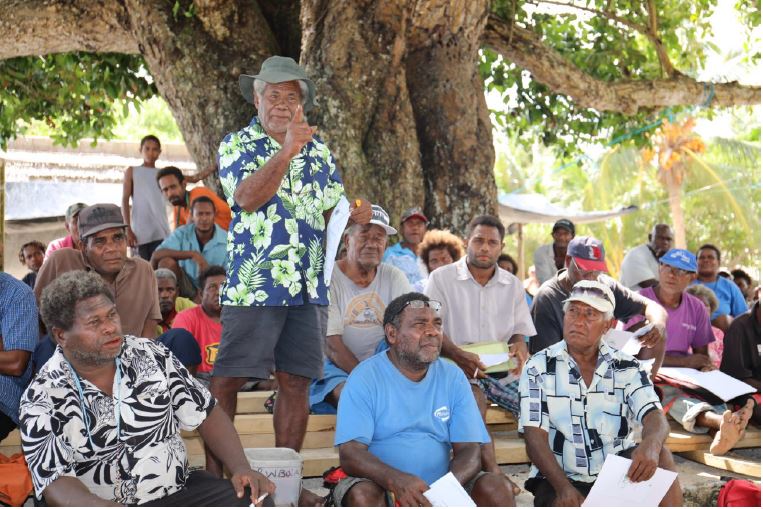 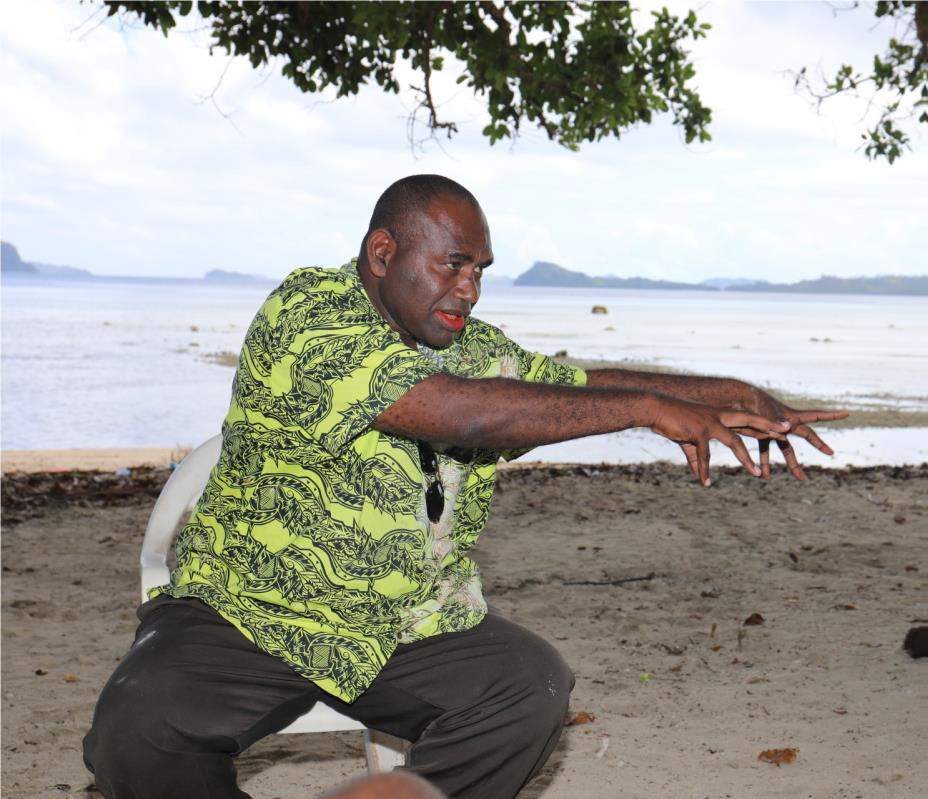 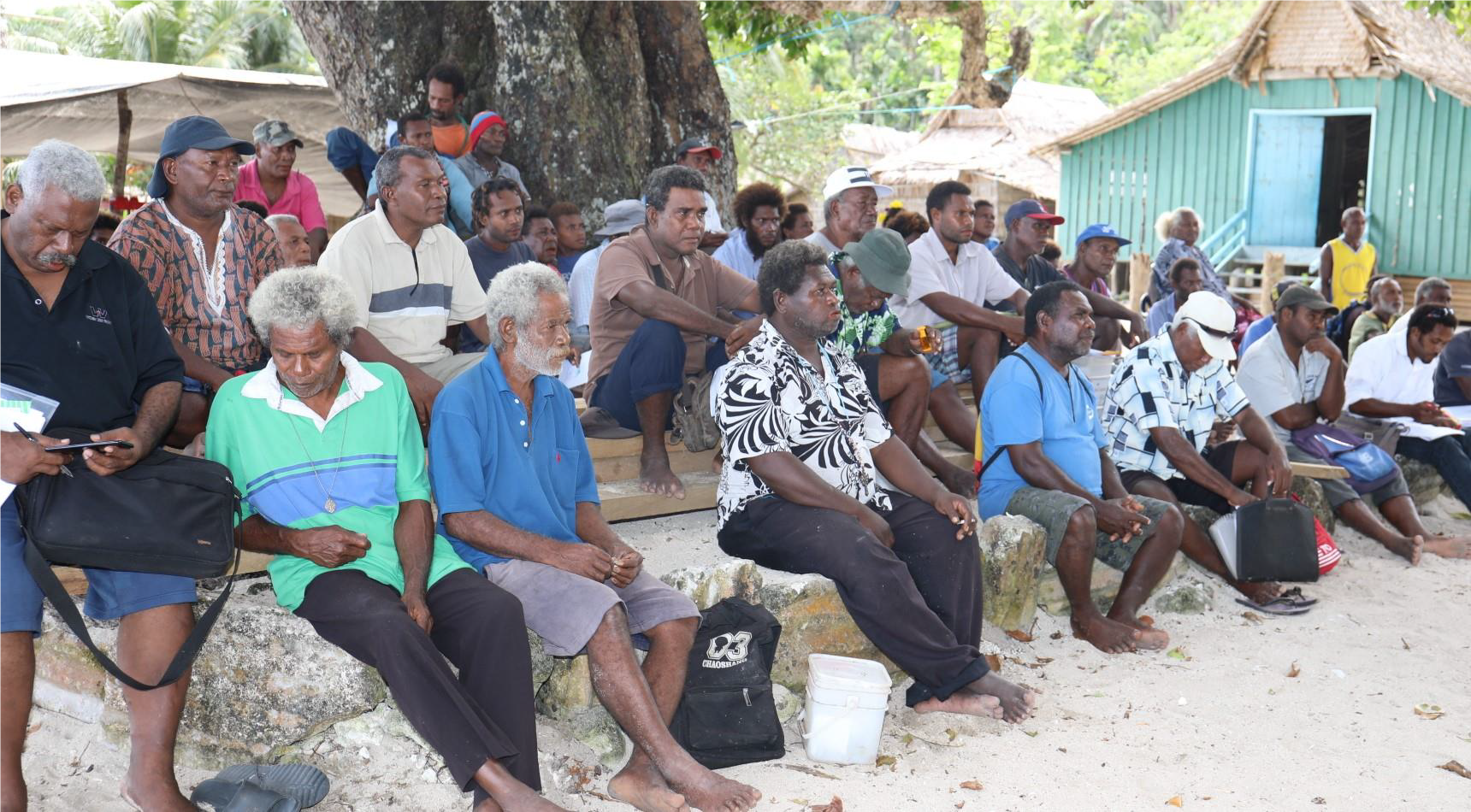 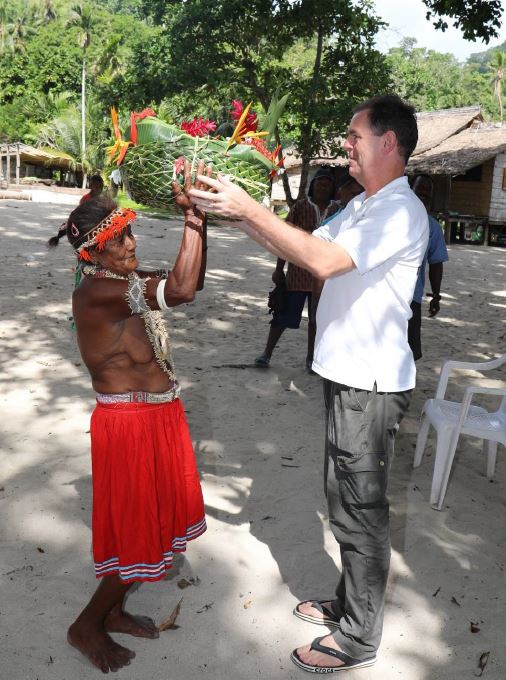 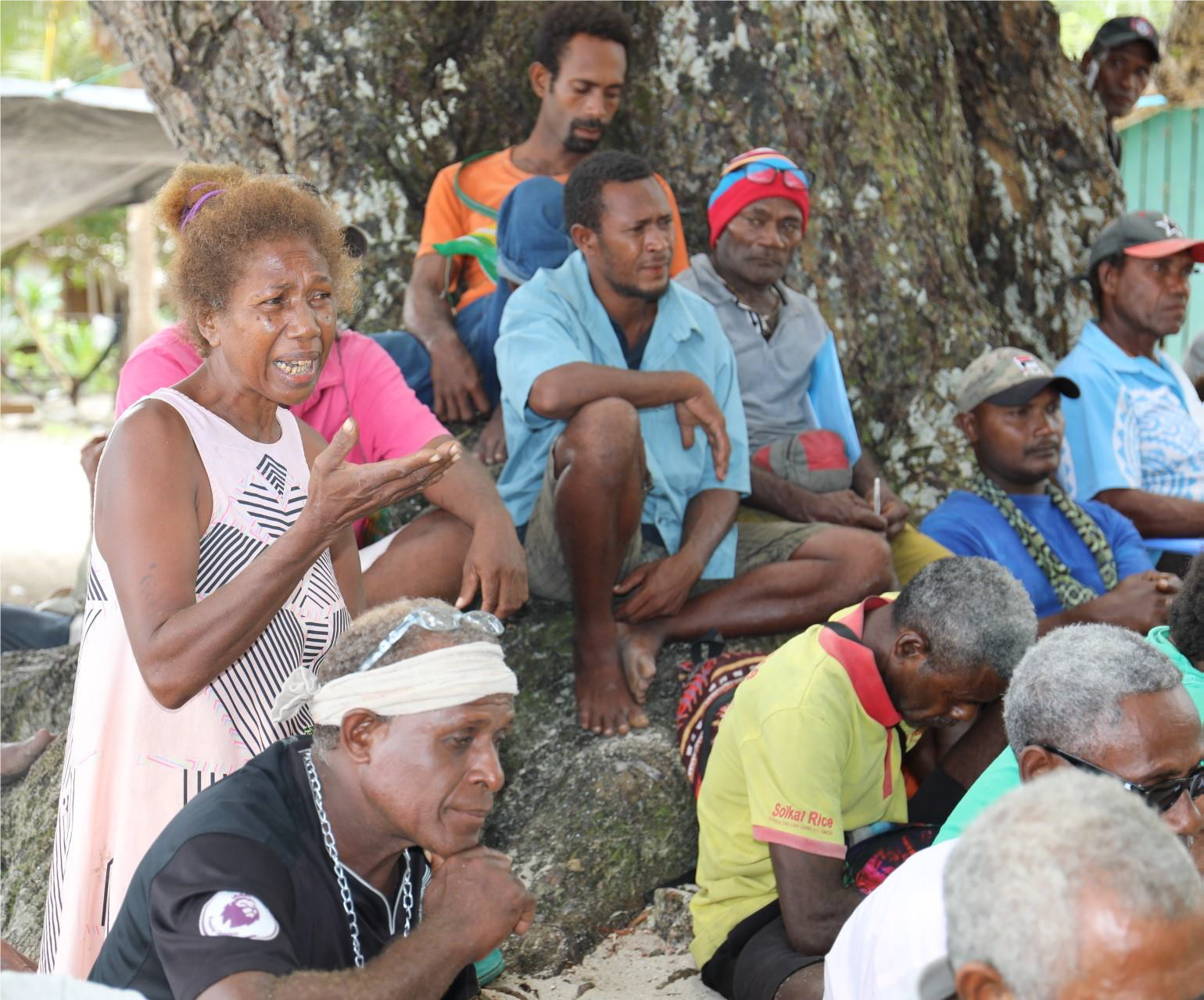 A female participant makes a comment at the workshop