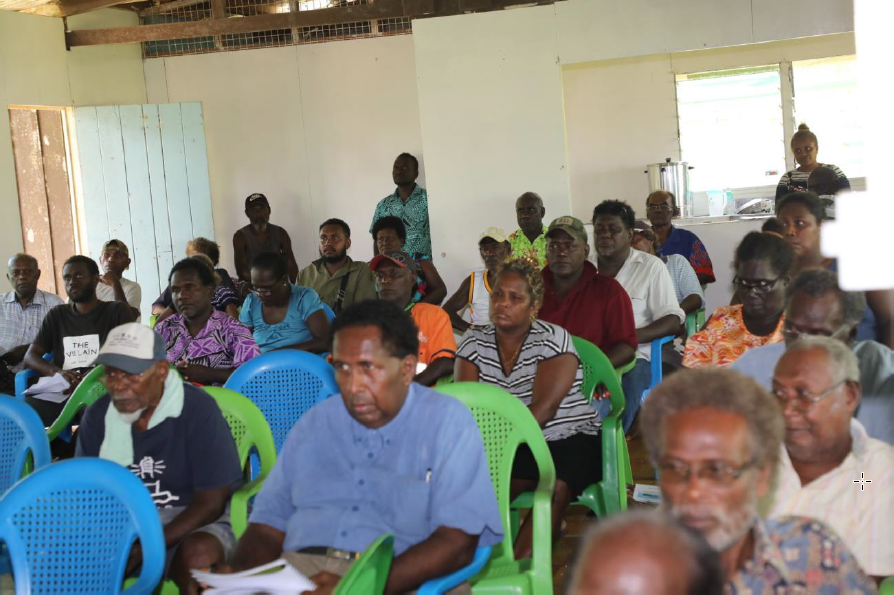 A weeklong awareness and consultation on the Customary Land Recording process including the Government Policy on land has been concluded in Western Province over the weekend.

A team from the Ministry of Lands, Housing and Survey conducted awareness and consultations in Rarumana, Munda and Gizo last week, gathering representatives from the Provincial Members, Community Leaders, Elders and Chiefs, Youth, Women and Customary landholding group members.

Members of other landholding groups who attended the workshops were also informed about current DCGA Policy on customary land recording and what is required if there is an interest to record their customary land.

Participants were happy with the policy initiative to address customary land – many appreciated the information sessions on the Customary Land Recording Legislation.

“It is time to move forward and record our land for the benefit of our future generations”. A female participant said at the meeting in Rarumana.

“A claim of “Ownership” is deemed selfish in custom – but a collective record of the customary interest on customary land is a noble cause that must be supported,” A Rarumana elder said at the meeting.

The Tribal Land Recording Unit of the Ministry of Lands with support from the UNDP through the Inclusive Governance of Natural Resources Project (IGNR) funded by the United Nations Peacebuilding Fund (PBF) is implementing the Customary Land Recording Exercise in Western Province.