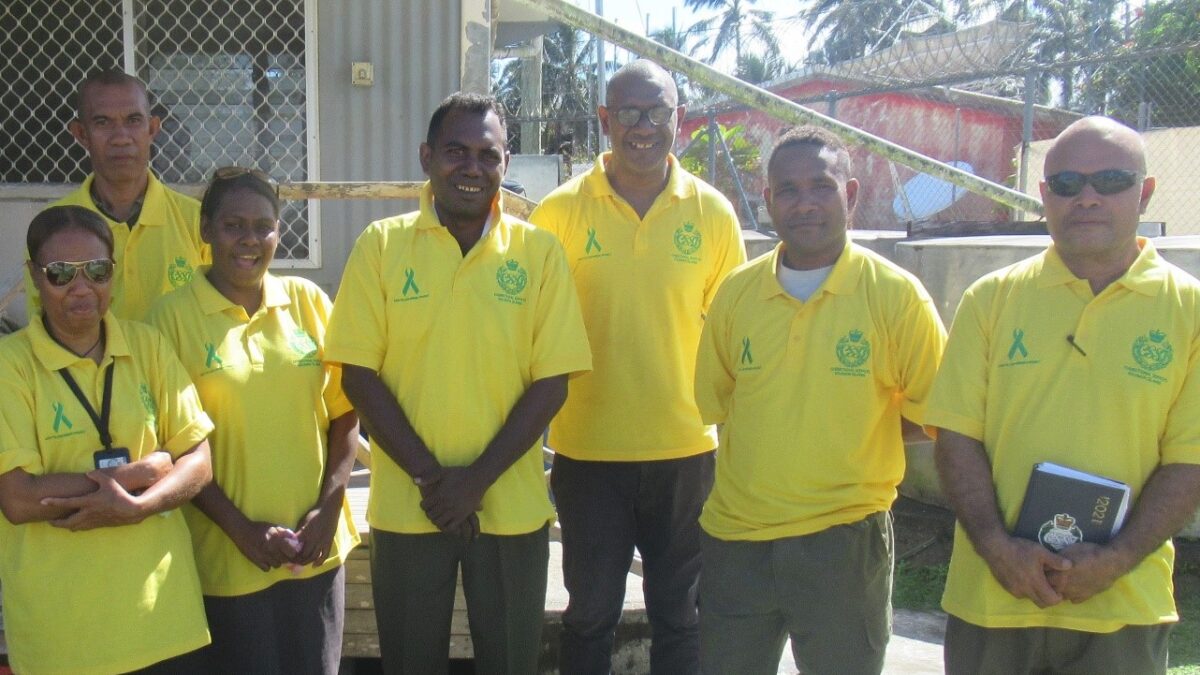 Commissioner Correctional Service of Solomon Islands Gabriel Manelusi reported that Yellow Ribbon Project that had started on its awareness and education program in October 2021 with SIG funding support.

As of 8th November, the YRP team will do awareness tours to the Gizo, Auki, Lata and Kira Kira. As part of fostering the YRP mandate within the reintegration policy, it is important that it is well coordinated and positive reactions and feedbacks by provincial and rural communities

“The main objectives is to build the capacity of provincial centres to portray and adapt YRP as part of the Rehabilitation, Regeneration and Reintegration (RRR) framework, raise awareness to students and rural communities on the philosophy of YRP, educate provincial and rural community and church leaders to understand their role and responsibilities, gather feedback and reactions from communities, identify key areas needed to foster the expansion of YRP to province and ward level and strengthen links with Provincial governments to establish RRR structure at Provincial and Ward level”. Manelusi said

“The core issues dealing with offenses and the offenders can be very sensitive. The main objective of YRP is to “Give a second chance in life” for ex-offenders. This can be challenging for some communities and especially victims. Therefore, facilitating the materials and educating communities about the issue is vital.” Commissioner Manelusi said.

He said the helpful approaches and discussion tips on this forum is to generate discussions, recognize social and cultural benefits, human rights based, legal and illegal matters and emphasize on ‘Correction’ services

He said national objectives to restore peace and stability, workable structure from communities, ward, province to the national level, rural leadership and governance, crime prevention actions and activities, community actions in the technological age we are in now, child abuse and sexual exploitation, anti-social behaviour and prevention strategies and approaches at the rural areas

The team responsibility is to get the number of people attending the awareness programs, gender, age and status are useful notes and photographs.

The Yellow Ribbon team will be on the ground for one week campaign and conducted awareness for the communities, schools and settlement in around the respective provinces” a statement issued by CSSI media unit said

The theme of the awareness is “Changing Minds, Winning Hearts”

The whole purpose is to identify potential ways forward for the YRP to be presented at the forum where Commissioner has proposed for 25th November 2021.