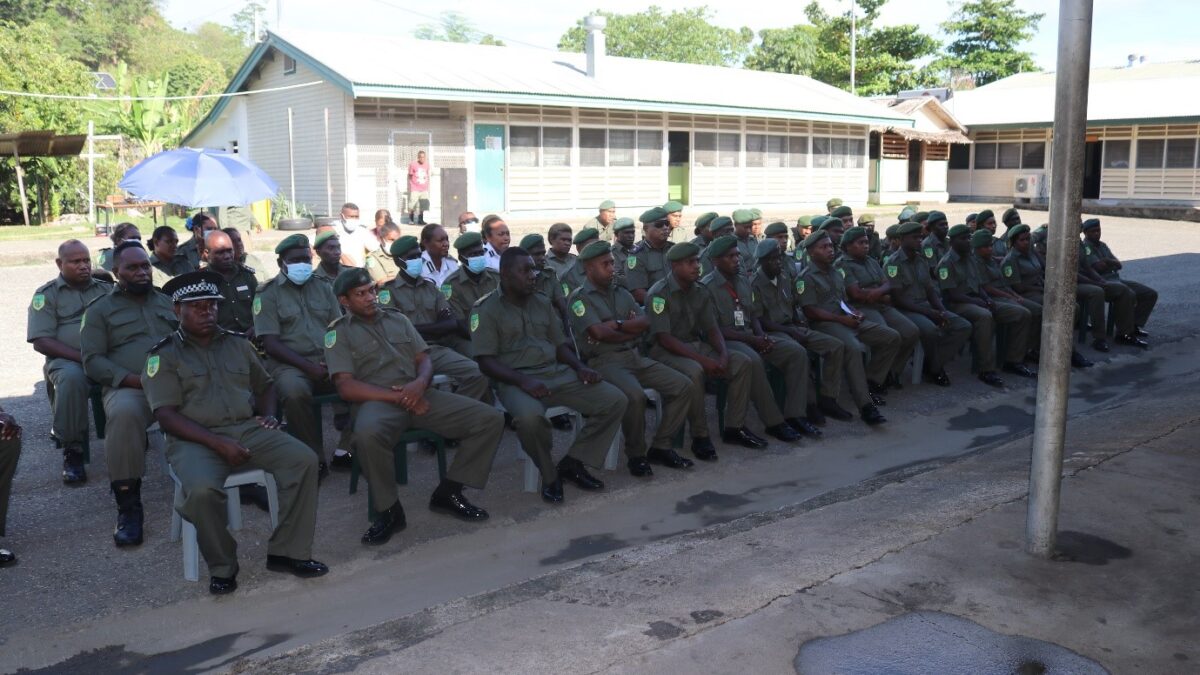 Part of the senior staff and Waena recruits listening to the YRP presenters.

The Yellow Ribbon Project (YRP) was formally adopted by the Correctional Service of Solomon Islands (CSS) from Fiji in 2013.

CSSI YRP Committee is headed by Inspector Jimmy Aega. On Wednesday 24th, the Chairman did a YRP presentation for senior executive staff, CSSI Headquarter and RCCC officers, ranks and files, Waena recruits, at CSSI Head Quarter, after the Commissioner’s Parade.

It was highlighted throughout the presentation that it is the responsibility of all staff to support YRP. One of its role is to raise educational awareness about the need to accept inmates after they have been released back into their communities. 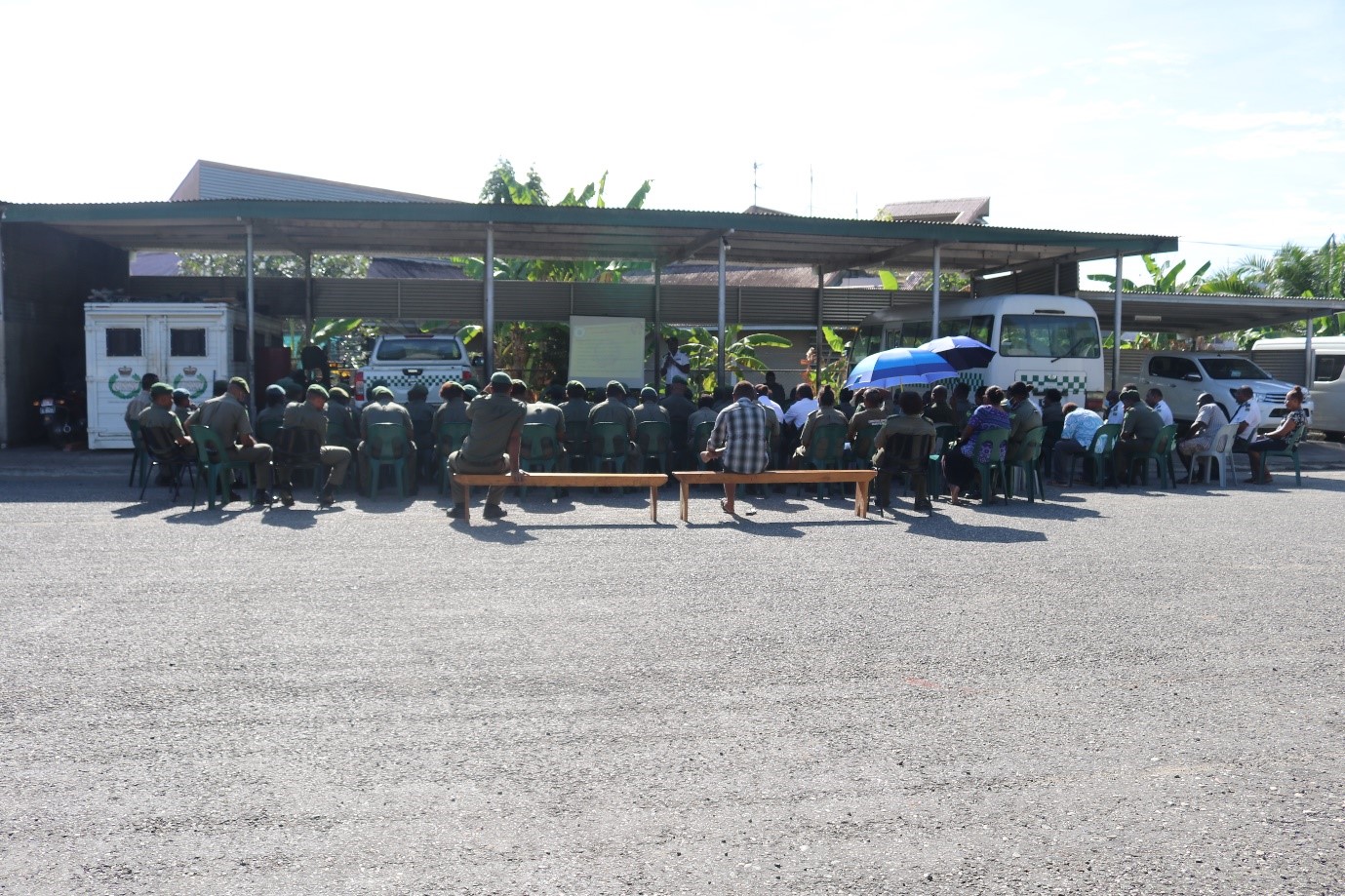 “Let’s continue to show love, forgiveness, and create awareness of the need to give second chances to ex-offenders; generate acceptance of ex-offenders and their families in the community; and inspire community action plans to support the rehabilitation and reintegration of ex-offenders into the society” said Inspector Aega.

He further explained that YRP is aimed at promoting effective rehabilitation, regeneration, reintegration and prevention of stigmatisation of ex-offenders. Beyond doubt, this is among the key guiding principles of the DCGA government policy and mandate and CSSI universal correctional mandates, and the Rehabilitation policy framework.

YRP principles could only be achieved when ex-offenders are not stigmatized, but accepted and supported by the community to put on display their social and behavioural rehabilitation and reintegration processes.

The outspoken YRP Chairman thanked and acknowledged the CSSI Commissioner Gabriel Manelusi and all his staff for unanimously attending the presentation.

Yellow Ribbon Project is very much part of the CSSI Reintegration policy.