Sir Nathaniel Waena Recruit got their first taste of being in an official parade when they joined the Commissioner’s weekly parade at the CSSI Headquarter, Rove in Honiara. 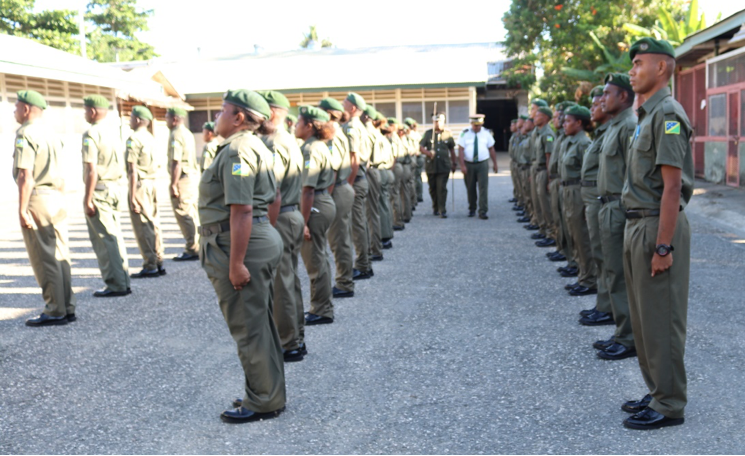 Forty-two new recruits of the Correctional Service of Solomon Islands (CSSI) recently got their first taste of an official parade when they joined the Commissioner’s weekly parade at the CSSI Headquarter in Honiara.

The 27 male and 15 female recruits started their 4 months intensive training as of 30th May 2022.

“I would like to welcome all our new recruits as they join us for their first official parade and have become members of our national CSSI family”, says CSSI Commissioner Mr Gabriel Manelusi.

The Commissioner congratulated all for taking up the offer to be trained as qualified Correctional officers. Their roles are to enforce rules and orders within Correctional services; supervise rehabilitation activities for inmates; inspect facilities to ensure that it meets the security and safety standards; search inmates for contraband items. They shall also report on inmate’s conduct, escort and transport inmates, he added.

The prominent young new recruits were urged to be focused on the training and start the disciplinary measures. Doing small things such as punctuality, and making sure their dress codes are up to professional standards and shoes polished.