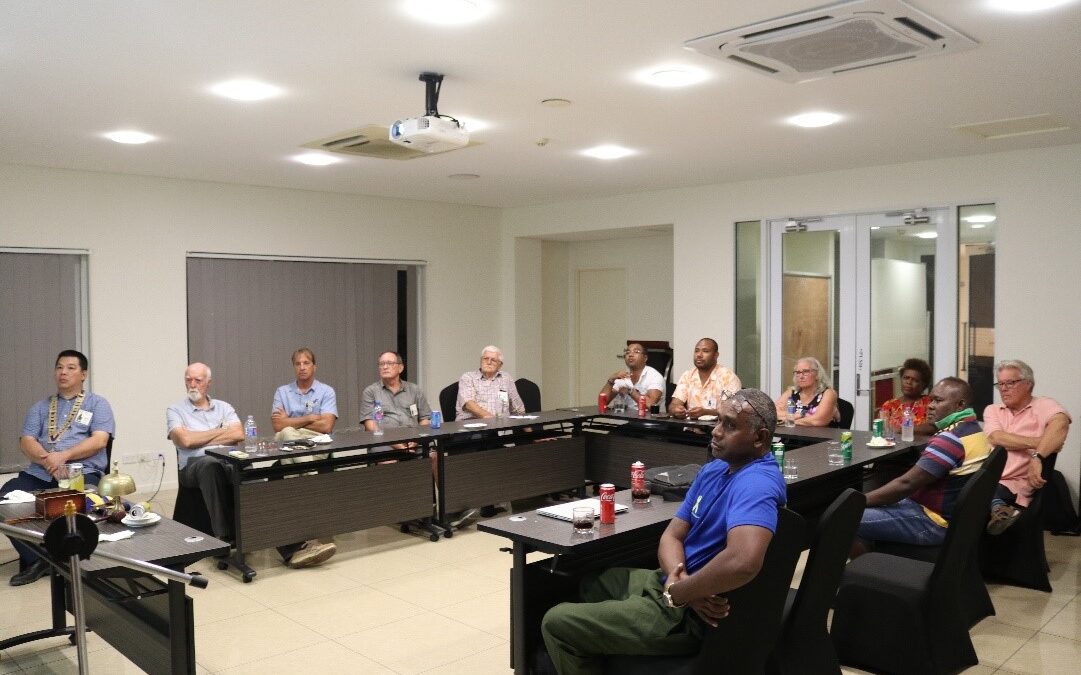 The Correctional Service Solomon Islands (CSSI) Rehabilitation, Regeneration and Reintegration (RRR) Unit has recently conducted a brief presentation on the Yellow Ribbon Project (YRP) to the Rotary Club of Honiara members at the Heritage Park.

The scope of this YRP presentation was based on its vision, mission and core values, brief history, adoption, second prison, unlocking the second prison, care network, guiding principles, fostering YRP partnership and benefits.

Purposely, it was to raise awareness of the need to give a second chance to ex-offenders and their families. This involves inspiring communities, government leaders, private sectors, NGOs, Donor partners and agencies, churches and faith based organizations for their action to support rehabilitation, regeneration and reintegration of ex-offenders back in their community and society.

Speaking during the presentation, RRR Advisor Mr Anthony Maelasi presented a brief history of YRP. In the 19th century practice, some women allegedly wore yellow ribbon in their hair to signify their devotion to their husband or sweetheart serving in the US Cavalry.

The yellow ribbon become widely known within the civilian life in the 1970s. Such was a reminder that an absent loved one, either in the military or in jail, would still be welcomed home on their return.

The benefits of YRP is based on building safe and secure communities, having a better understanding of CSSI, reducing recidivism or re-offenses, unlocking second prison – changing mindset, acceptance, respect from inmates and ex-offenders. Changing mind, Wining hearts – help unlock the second prison is the goal of YRP

Meanwhile, prominent member of the Rotary Club of Honiara, Mr David Quan acknowledged the CSSI YRP Committee for the very informative presentation to its members.

Rotarians are a dedicated group from all walks of life, committed to making a difference in the local community, nationally and internationally.