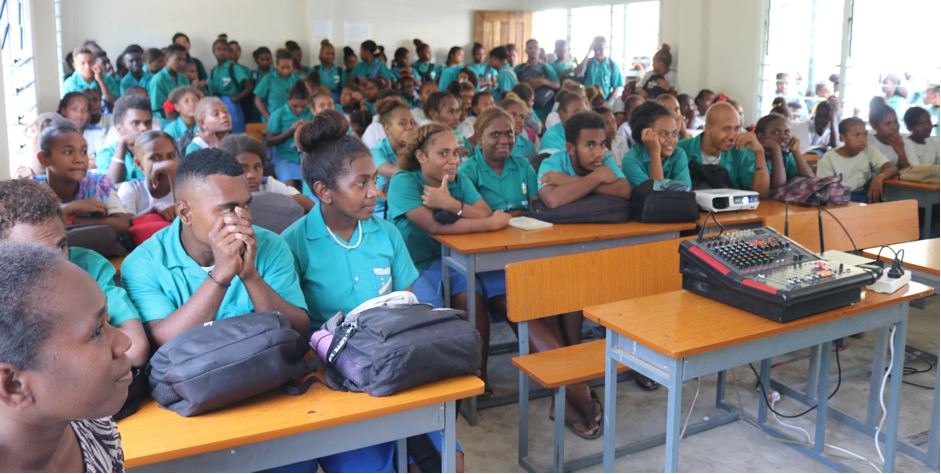 The aim is to raise awareness on the acceptance of ex-offenders back into society after their release from correctional centres.

Speaking during the presentation, YRP Assistant Chairman Mr Don Kelly said that although CSSI is yet to launch YRP in the country, there is a need to carry out awareness programmes to ensure people get a better understanding of what the concept is.

Assistant Chairman reiterated that there is always stigma associated with them, when ex-offenders are released back to their families and communities,

“They are looked at in a very different way and through the YRP, our aim is to change the mindset of people in the community. These ex-offenders have served their term and need to be well supported and given a second chance” he added.

Mr. Don Kelly urged student and teachers in Mbokonavera CHS to sacrifice their time and team up with the YRP Educational Awareness by telling people that ex-offenders deserve a second chance.

“Although we have to focus on our ongoing school activities, we felt that through supporting the YRP, we can help remove the stigma,” Madam Walter said.

Senior staff Walter thanked the YRP Chairman and team for the educational talk. In closing, YRP presented soccer ball, volleyball and nets to the school.