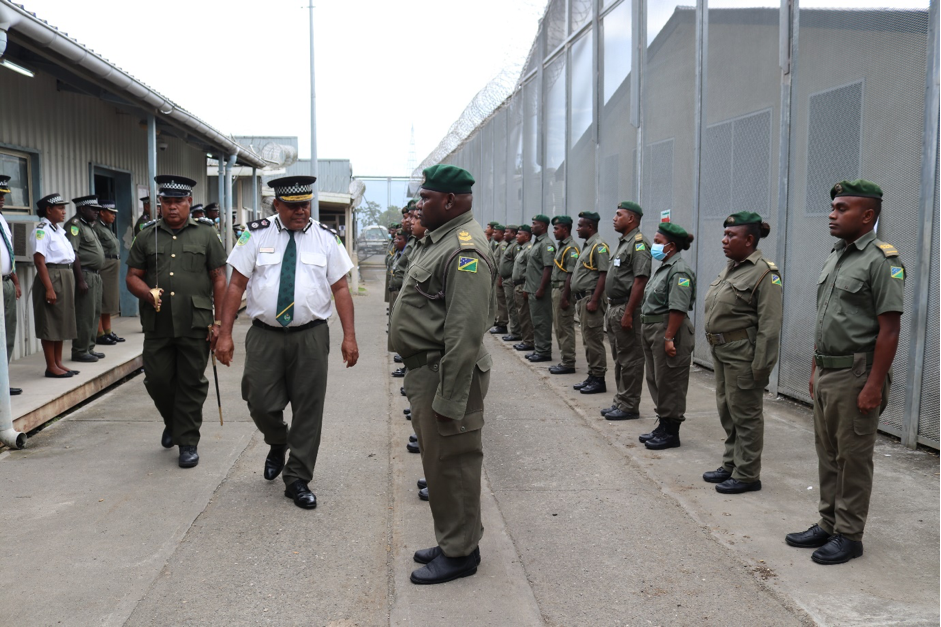 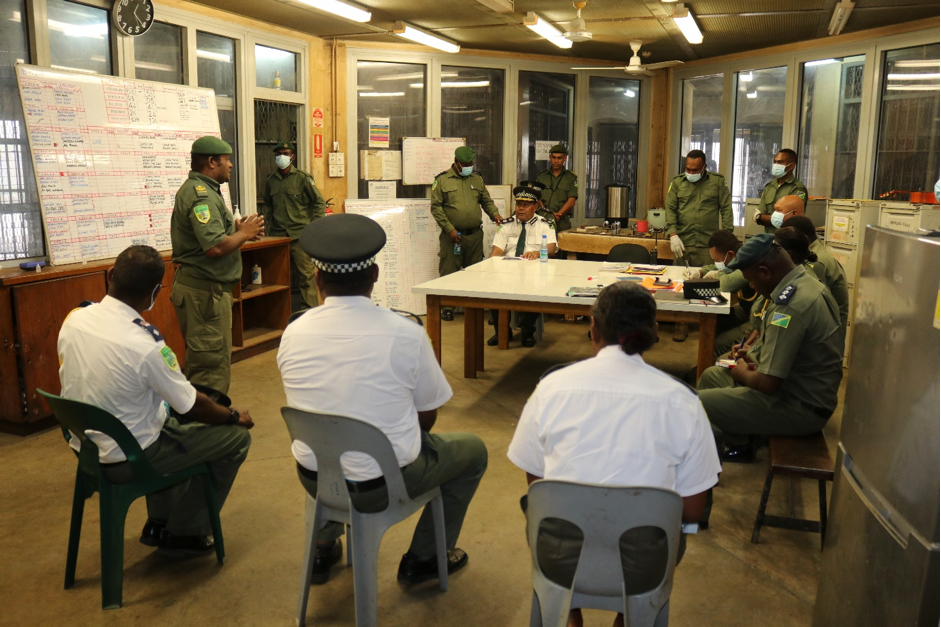 Commissioner and Executive staff listen to Block 2-OIC Mr. Arthur Samani brief updates of his Block functions and capacity during the Commissioners visit.

The Management and staff of Rove Central Correctional Centre (RCCC) in Honiara, received an official visit by the Commissioner Gabriel Manelusi and the Executive staff of the Correctional Service Solomon Islands (CSSI) on Friday 24th June 2022.

Purposely, the official visit was to get an update information of the Centre’s functions, as well as strengthening the performance and professional standards for both officers and inmates.

During his discussion with the RCCC Commandant, Managers and Blocks OIC, Commissioner Manelusi saluted his officers for their professional duties displayed during the COVID-19 situation, as there was no death recorded for neither officers nor inmates

Manelusi also reiterated the mandate to uphold staff discipline and professional work ethics. He updated future projections of the organization, succession planning, rehabilitation, regeneration and reintegration framework, and more so, the government policy priority. He also highlighted CSSI achievements during the first and second quarter and especially the broader Corrections infrastructure development plan.

He reminded officers to maintain legal safety & security, disciplinary standards and more so, the official dress codes. He strongly urged convicts and remands to follow the legacy of Jesus, that is through Words, Actions and Obedience. Inmates are again called to be patient and cooperate with officers until they are released from the Correctional Centre.

Commissioner Manelusi concluded his presentation with a reference to the powerful Psalm 116 verse 12, ‘what can I offer the Lord for all his goodness to me?’ He said, the verse reminds us to think of how we can repay the Lord for all the good He has done to us.

On behalf of his Executive staff, he thanked the RCCC Commandant and her Management, staff and inmates for their preparation and support during the official visit.

In response, RCCC Acting Commandant Mrs. Needy Taingeia thanked the Office of the Commissioner and his delegation for their timely visit to the Centre.

RCCC is the maximum Correctional Centre across the country and accommodates all classes of inmates within.