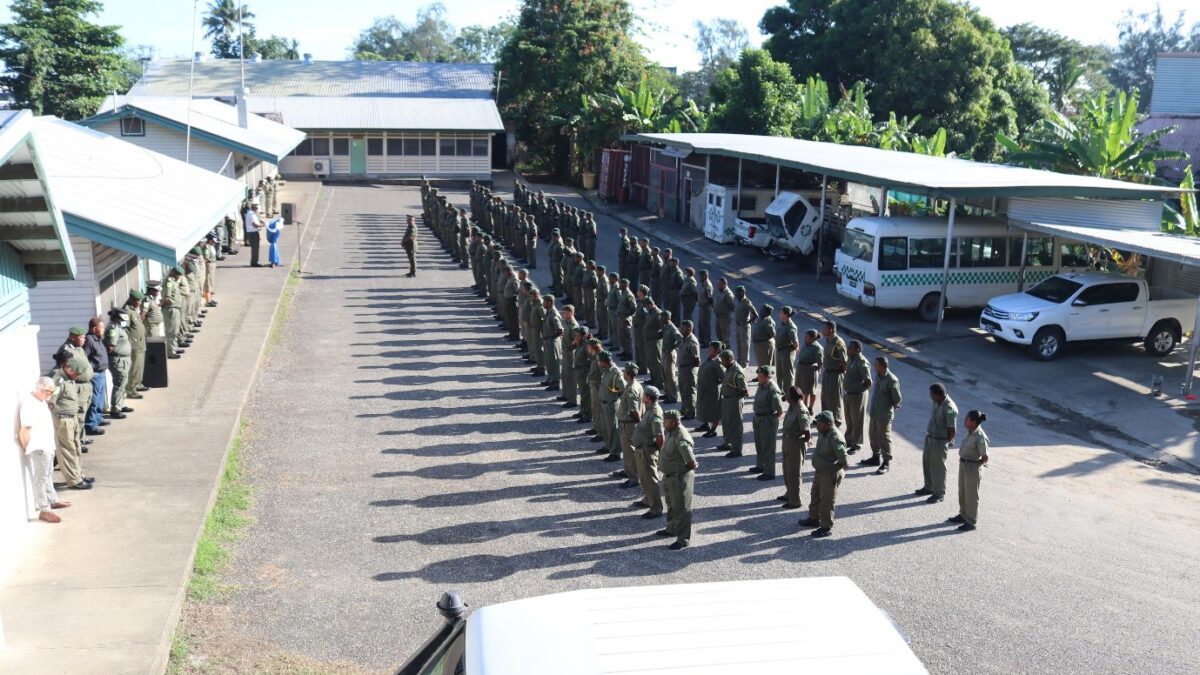 Officers mounting the guard of honour during the Commissioners Parade at CSSI headquarter, Rove in Honiara. 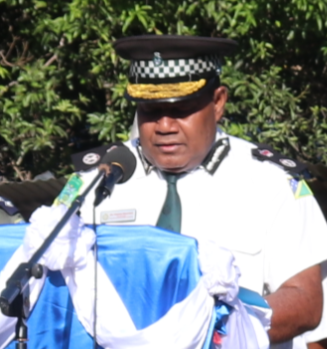 Commissioner Gabriel Manelusi addressing his officers during the parade.

The Commissioner praised his officers for skilfully routing the centre operations and functions with due diligence throughout the unprecedented times.

They were also applauded for their sound leadership and good work displayed during the week.

“Thank you Ranks and Files for your continuous support over the first and second quarter of the year. It has not been easy but you have managed to improve standards and discipline in your work places”.

“May God continue to protect, guide and bless CSSI family for the efforts and collaborative strategies to drive the Government Priority Projects within CSSI”, says Manelusi.

Manelusi reiterates the confidence and trust he has on his Executive staff and individual officers. By working together, more can be achieved within CSSI’s mandated legislative and administrative core business responsibilities. In a broader sense, this collaboratively attempts to advance the government’s priority policies.

He encouraged his officers to abide and expedite the CSSI Strategic Plan 2020 -2022 to achieve its Mission, Vision, Values and Goals.