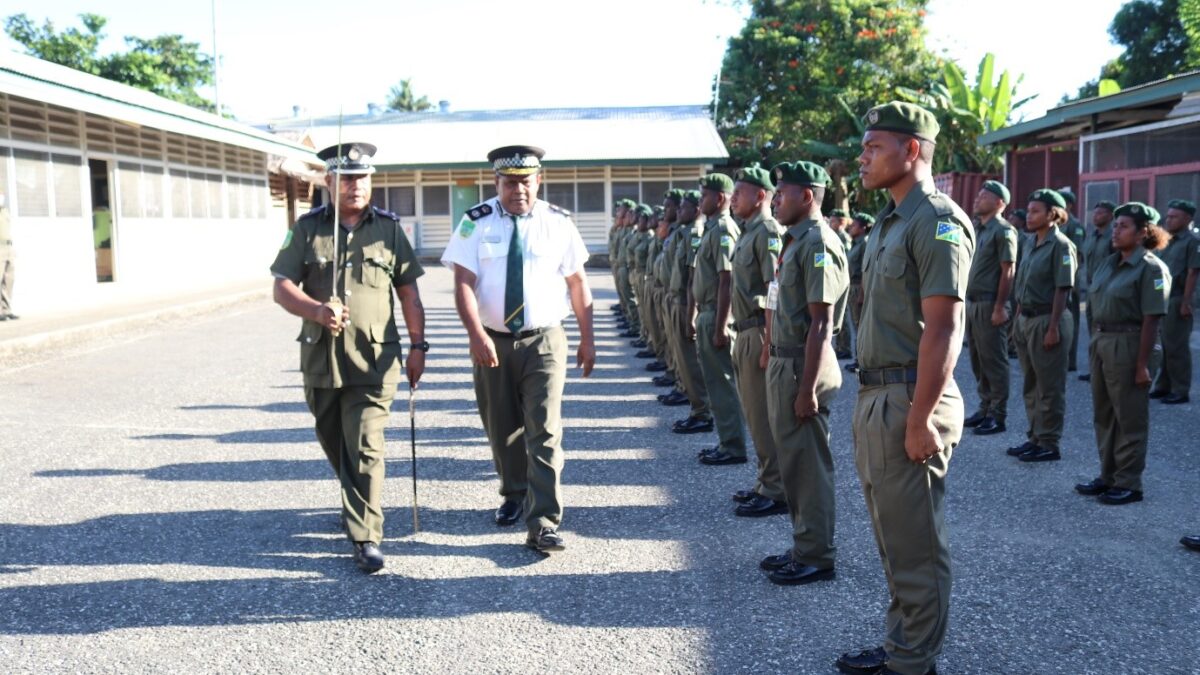 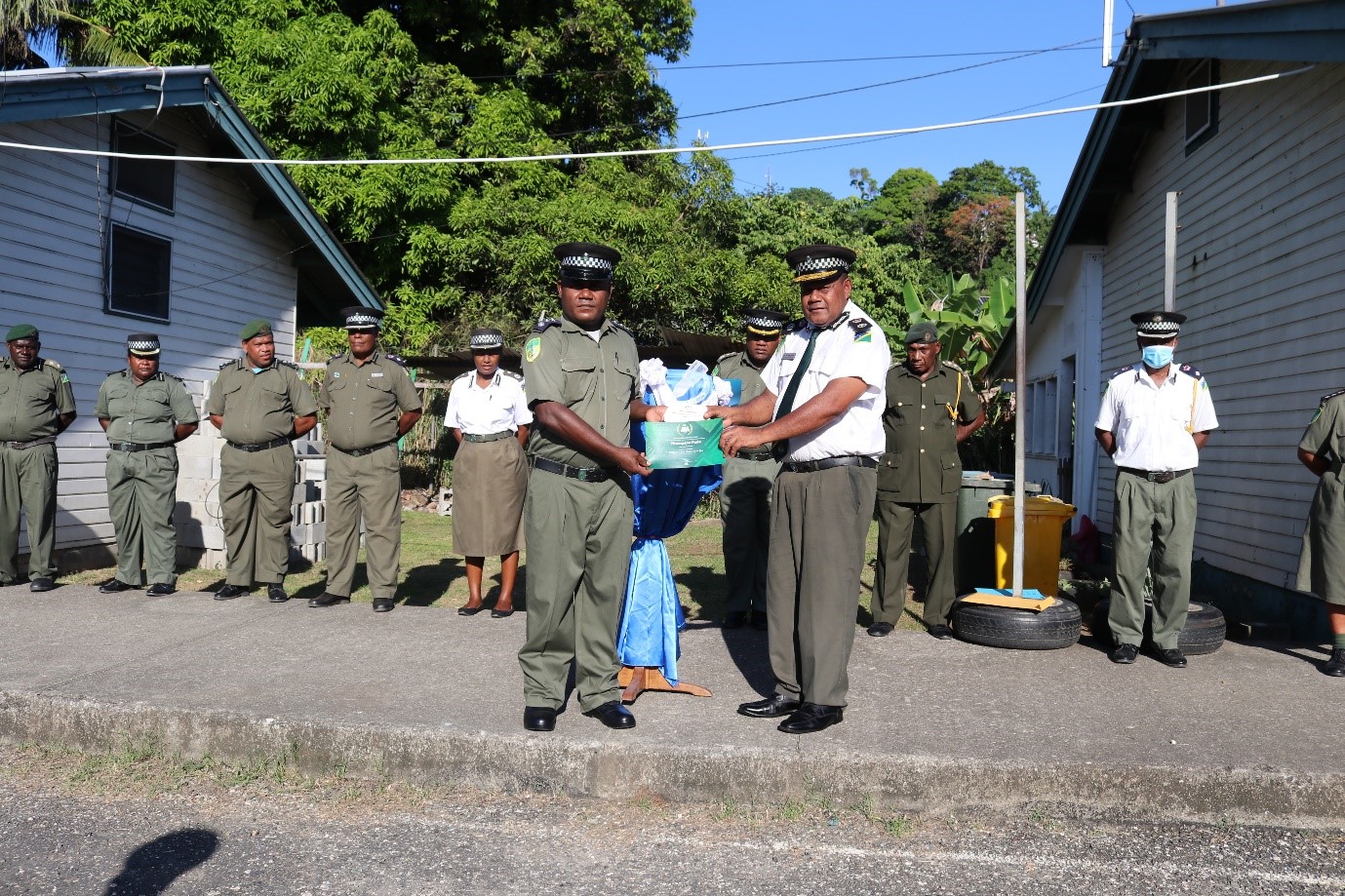 Speaking during the parade, Commissioner Manelusi rationalized organization projections, reinforced staff performances and professional standards to both officers and the new recruits.

Manelusi acknowledged his officers for their good work on display, especially the standard and discipline in the work place. He then encouraged all ranks and files to seek the kingdom of God and, if they may, attend church services at home.

“We should take pride in our professional standards and do wear the full uniform during our tour of duties. It is an unacceptable behaviour or unlawful dress code for officers to wear half uniform”, Manelusi emphasized during the parade.

He further urged officers to be punctual, no absenteeism but to work at all times, and no chewing of betel nut while fully on duty in their uniform. All were reminded to respect the uniform worn, as it is a symbol of authority vested by the government and people of Solomon Islands.

During the parade, he then formally made an announcement of the Media Association Solomon Islands (MASI) Award achieved by Inspector Thompson Pada, as SINU’s Outstanding Journalism Student of the Year 2022.

On behalf of the organization and the executive, the commissioner highly congratulated the awardee and wished him all the best in his successful career.

He thanked the Deputy Commissioners, Assistant Commissioners, Directors, Advisers, Ranks and Files, for their tireless efforts in driving the Mission, Vision, Values and Goals of the Organization’s Strategic Plan.

All are urged to strive within mandatory legislations and administrative core business responsibilities, through collaboratively support, in advancing Government policy priorities.