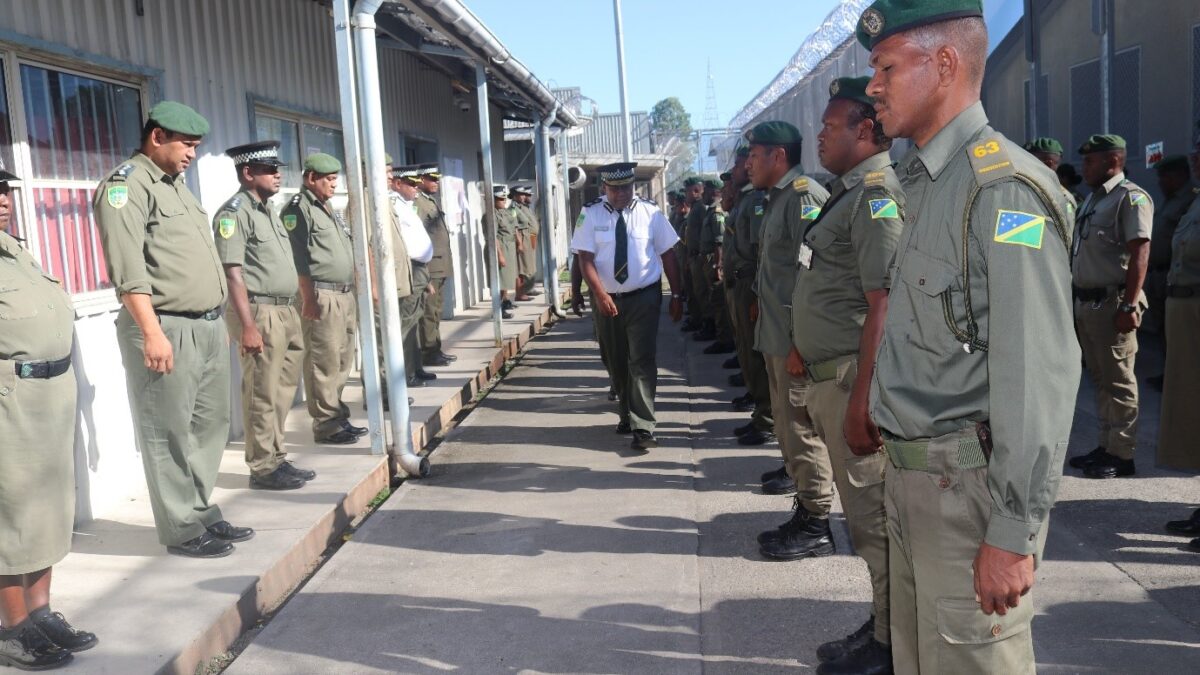 CSSI Chief conducted a commissioner’s parade and muster at RCCC. 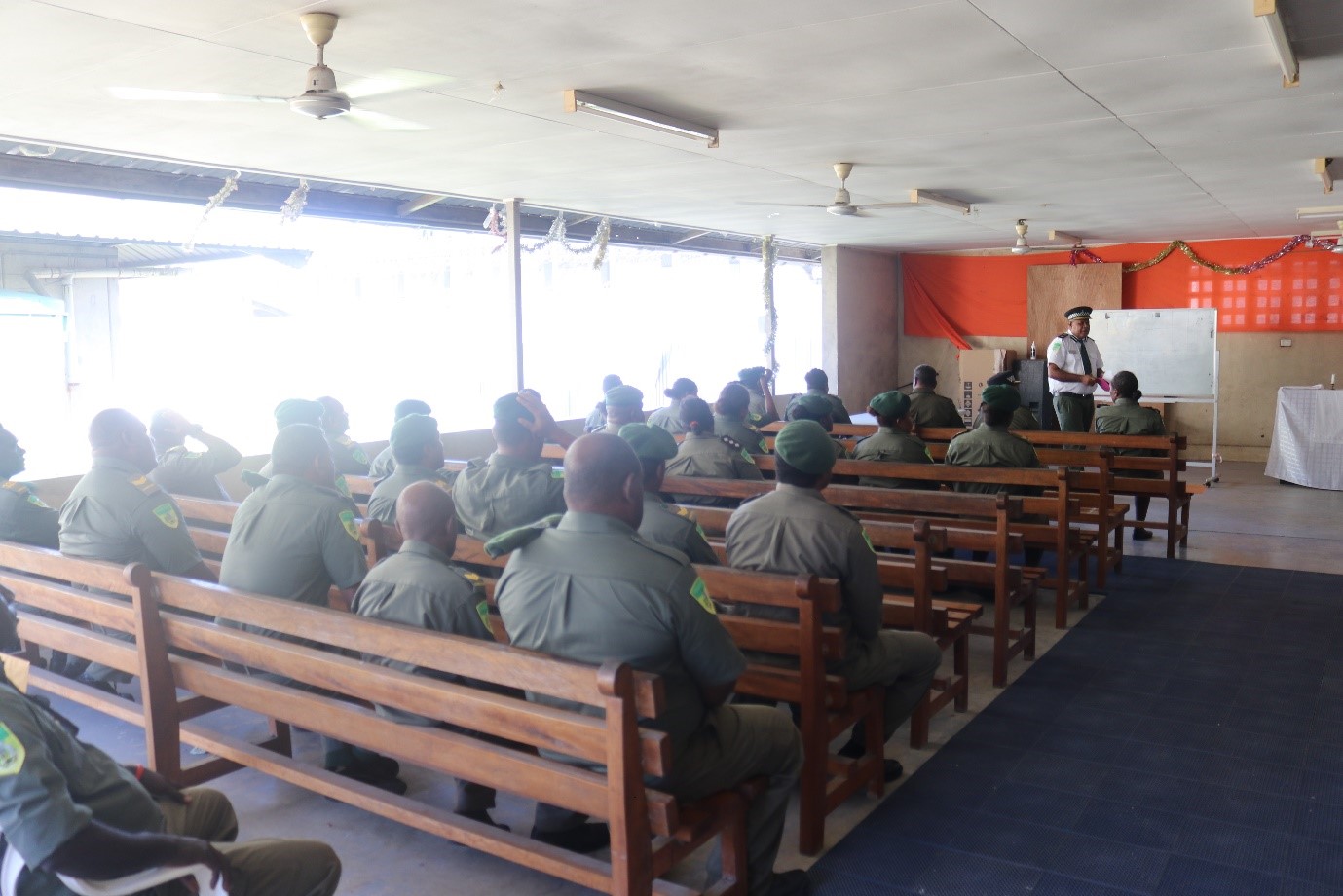 Commissioner Manelusi conducted the master during the commissioner’s parade

The CSSI Chief Gabriel Manelusi and his Executives the Deputy Commissioners and Assistant Commissioners conducted a commissioner’s parade and muster at Rove Central Correctional Centre (RCCC) on Tuesday 9 2021, mounted by RCCC staff

Commissioner Manelusi wish to acknowledge officers for their good work that has been displayed, especially the standard and discipline in their work place

We should take pride in our appearance and do wear full uniform during the official duties. It is unacceptable behaviour for officers to wear part uniform and part civilian clothing, Manelusi said during his parade

Mr. Manelusi urged officers not to absent from work and be punctual, no chewing of betel nut while on duty or uniform