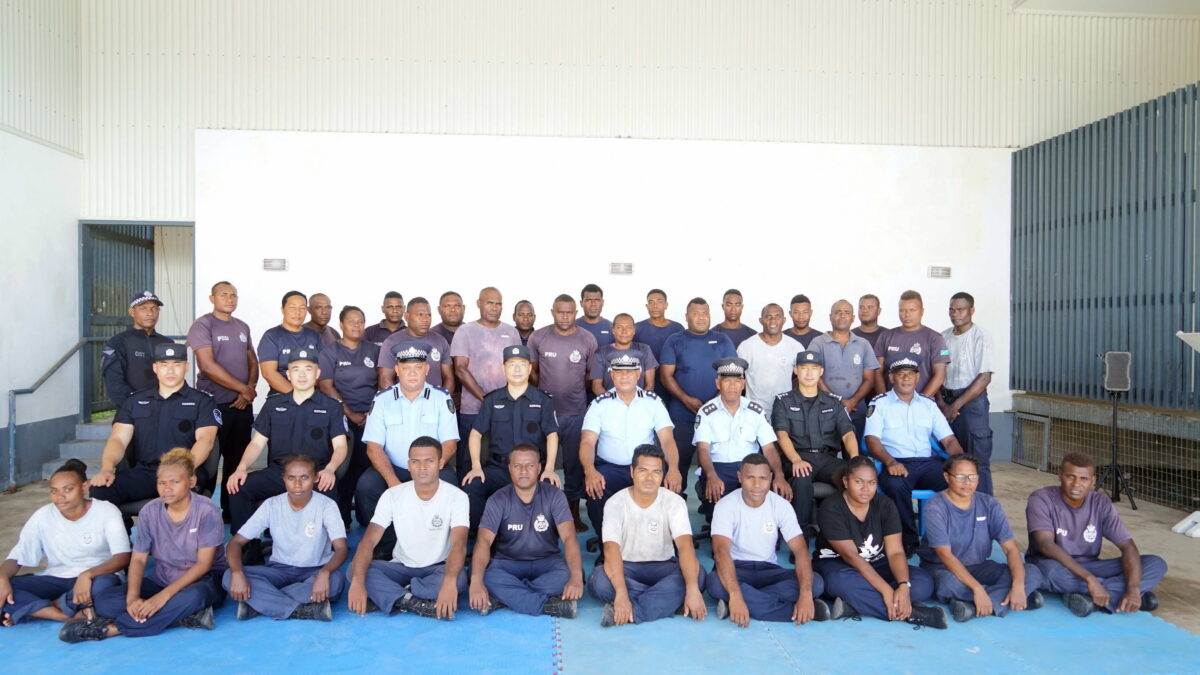 Group photo after the opening ceremony

The training was conducted at Tulagi, the capital of Central Province with the official opening ceremony yesterday (6 September 2022). The two weeks training program involve 34 officers of the RSIPF from Central Province Police Stations. 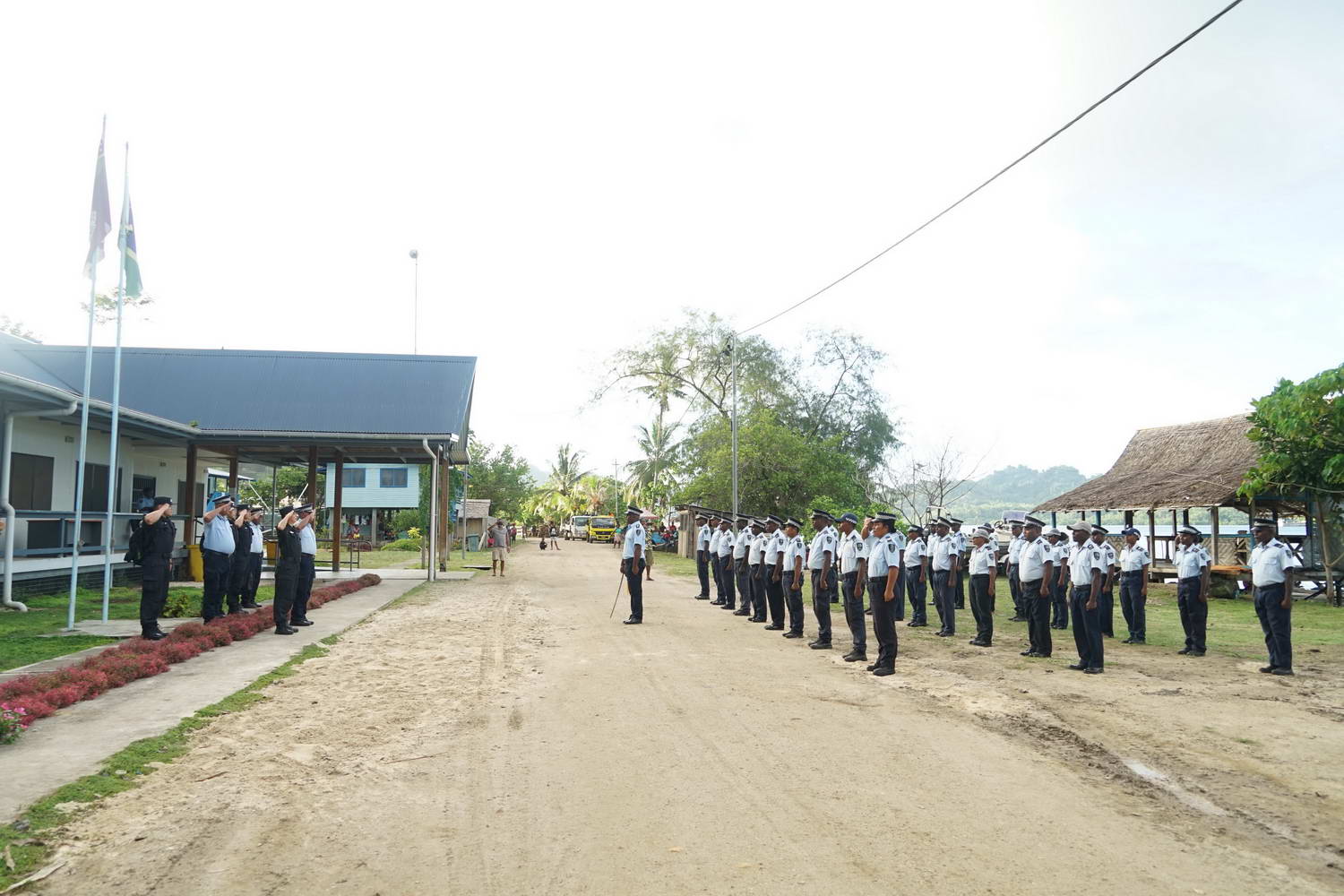 A parade conducted for the arrival of the team 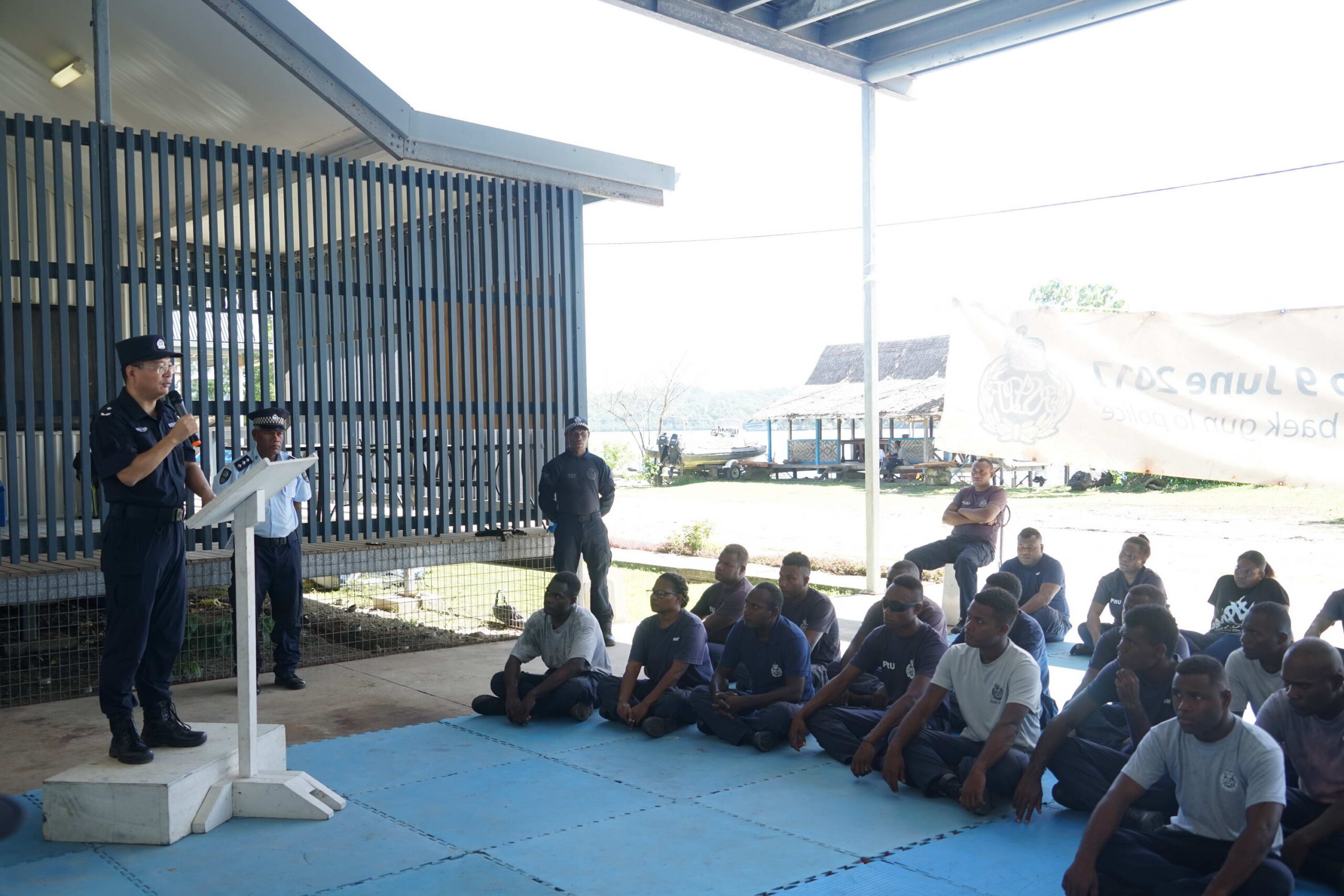 Remarks by CPLT Leader Commissioner Zhang during the opening ceremony

Supervising Assistant (AC) Commissioner Provincial of the RSIPF Mr. Leonard Tahnimana says, “On behalf of Commissioner of the RSIPF, I am so glad to see that our CPLT partner has extended these very important training rolling out to the Provinces after the Honiara based officers have completed the same training some months ago. CIP is the first Province to undertake and other Provinces to follow.”

Supervising AC Tahnimana says, “The RSIPF appreciated the CPLT team led by Peoples’ Republic of China (PRC) Commissioner Zhang for their cooperation and the ongoing generous support. The POM training program conducted by these professionals for CIP RSIPF officers can boost their morale and confident and without fear when they discharge their duties and other policing work.” 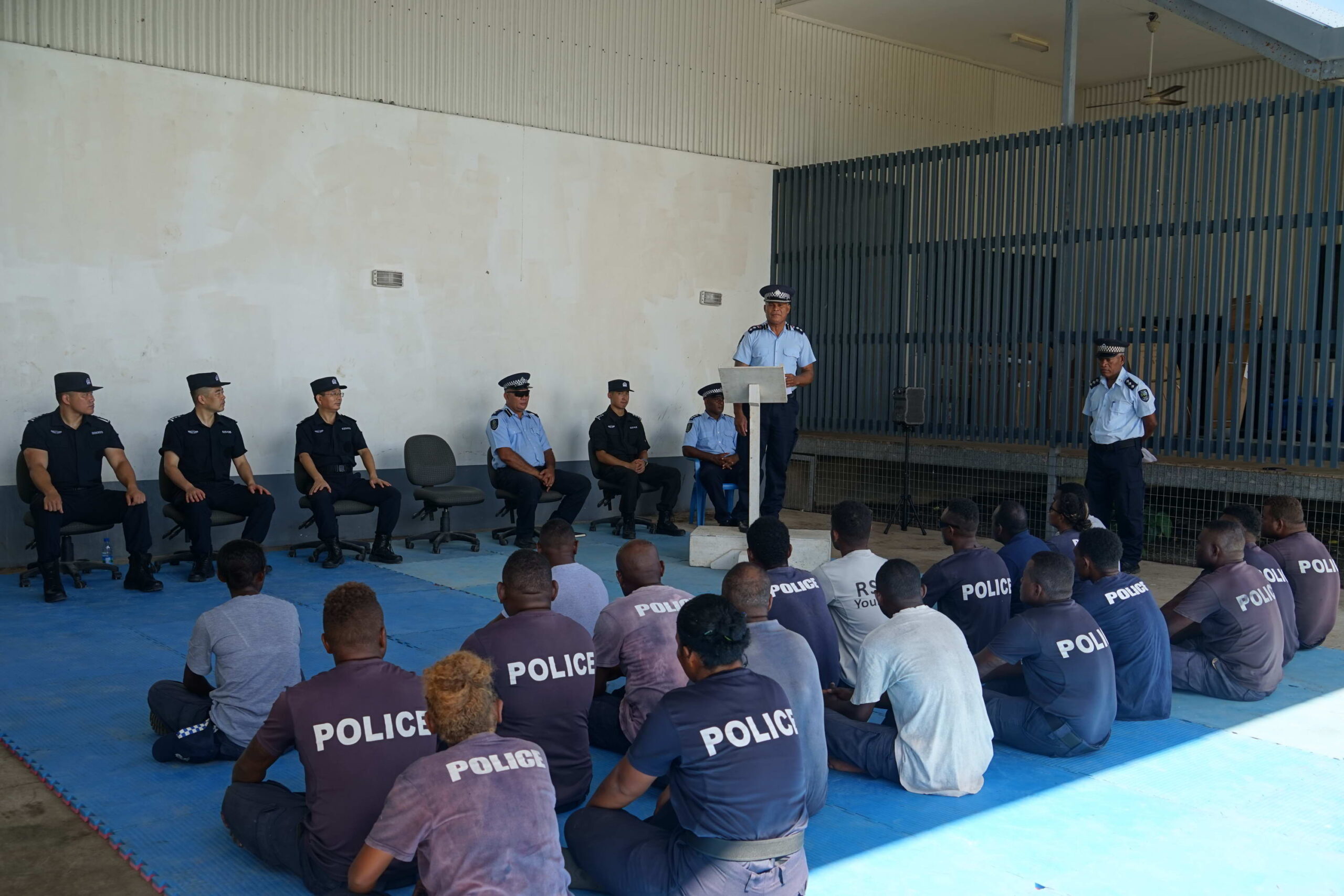 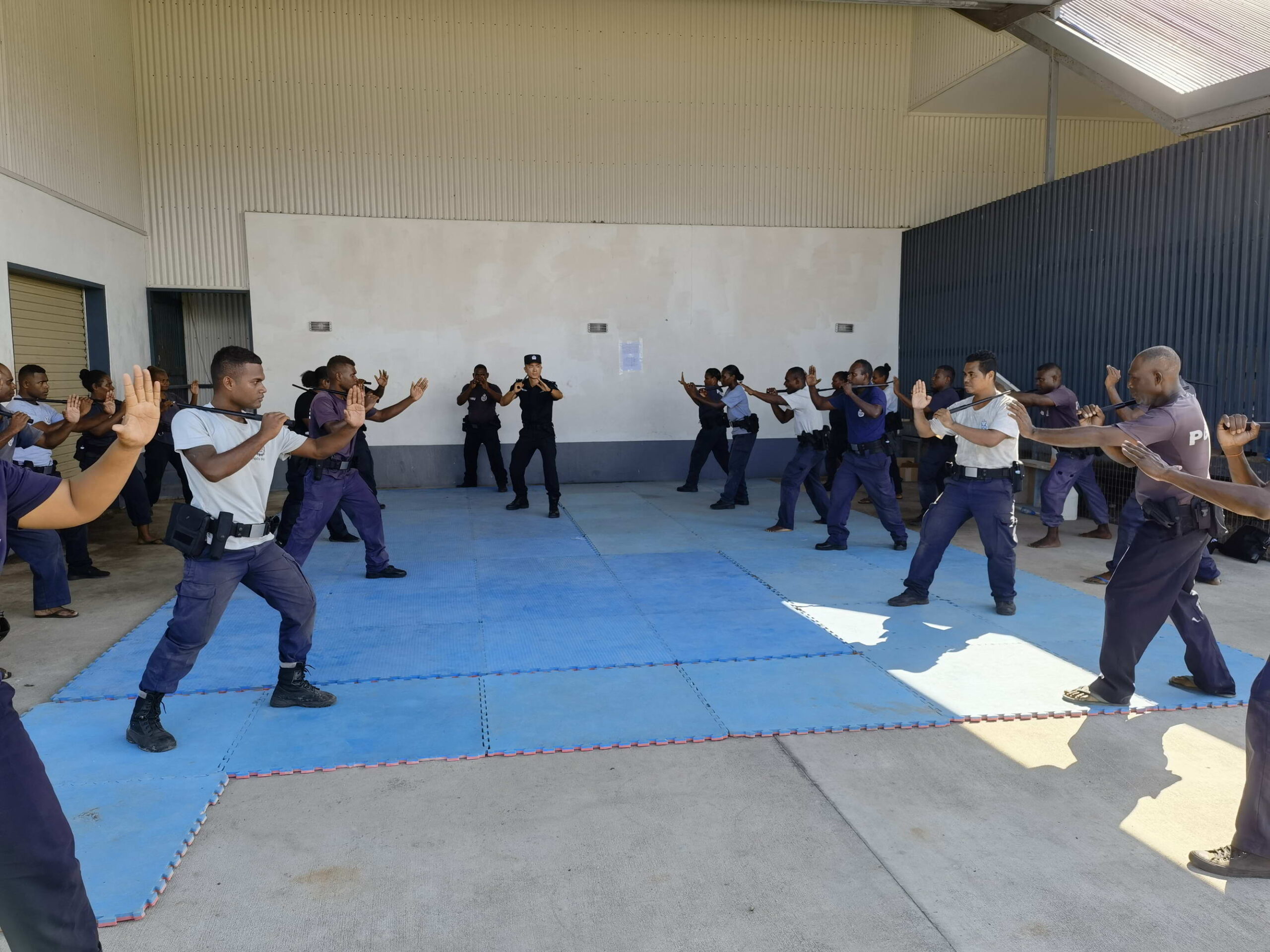 AC Tahnimana said to the RSIPF Officers, the opportunity to be trained by these professionals has come. I request you to participate and fully make use of those opportunities provided by our partner to help you and me doing our policing work proper and safer.

Commissioner Zhang Guangbao, Leader of the Liaison Team said CIP Police POM training is the first outer island training conducted by CPLT. This is a milestone significance for bilateral police cooperation. CIP is the closest to Honiara and may support in emergency situations. The police capacity and capability is very important for the security of this island and the country.

Mr. Zhang briefed what the CPLT had supported the RSIPF since arrival in Solomon Islands (SI) in January.The team has provided nine containers POM equipment’s. The team has conducted 10 batches of training for RSIPF officers, including equipment familiarization training, POM training, CPP training, instructor training，and Rove Police headquarter officers training. The joint training demonstration was held in Rove and it is a great success program.

He said in the coming days during the training, CPLT will uphold the spirit of “transparency, inclusiveness, professionalism, high-efficiency” for the purpose of friendship and goodwill, promote long and stable bilateral law enforcement cooperation with SI and support RSIPF to strengthen capacity building and maintain peace and security in SI, and make SI truly safe, peaceful and happy isles.

Before the training commenced, a parade was conducted on 5 September 2022 by RSIPF officers in CIP to welcome the arrival of AC Provincial and Operational Safety Trainers (OST) Instructor from the CPLT. Provincial Police Commander CIP Superintendent David Soakai also part of the ceremony.