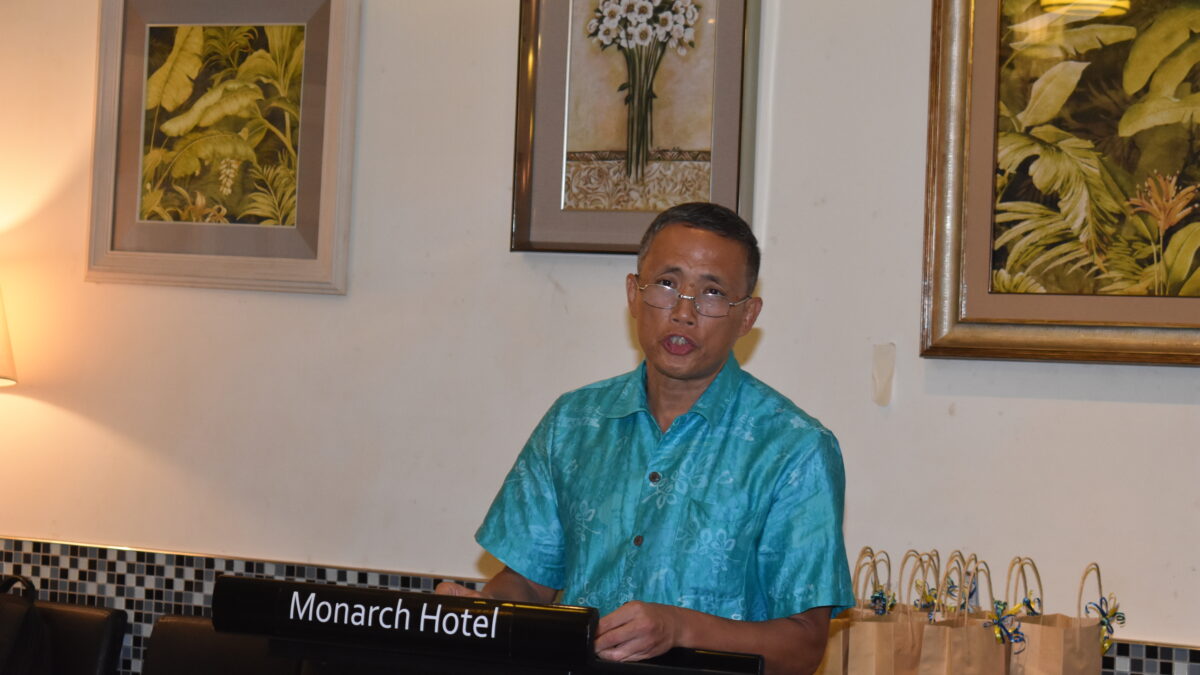 Deputy Team Leader (DTL), also Chief Instructor of China Police Liaison Team (CPLT) Mr Yin Wei has highlighted that it is better to teach a man to fish than to give him a fish.

The Chief Instructor was referring to a saying in China which reflects it in the context of training provided by CPLT to the officers of the Royal Solomon Island Police Force (RSIPF) for the past months, he mentioned this when speaking at a farewell dinner in Honiara on Sunday 31July 2022.

DTL Wei said after we arrived in the Solomon Islands, we first went to the Honiara Central Police Station and Guadalcanal Provincial Police Station to have a field visit and communicate with the police officers there. This is to learn about their training needs and make a proper training plan.

Mr Wei said we have tried our best to share the knowledge and skills without reservation. At the same time, we also felt the enthusiasm and passion of RSIPF officers. They have passed the training assessments and met the training requirements.

He said RSIPF officers displayed high-spirit and hard-work, which they noted during joint police demonstration training.

Chief Instructor Wei said an assessment was discussed with outstanding trainees to get some feedback to improve the follow-up training. At the same time, we are co-writing the Joint Police Training Standard Operating Procedures (SOP) with Operational Safety Training (OST) which we would like to leave good practice on training for RSIPF.

The police in the world are one family. The police cooperation between China and Solomon Islands is open and transparent, which is parallel with the police cooperation between the Solomon Islands and other countries. CPLT is willing to cooperate with Australian, New Zealand, Papua New Guinea and other aid forces and jointly carry out police training and boost the capability and capacity of RSIPF, DTL Wei adds.

DTL said, although the eight members of our team will soon return to China in rotation, I believe that our friendship will continue. The second batch of CPLT colleagues will make new and greater contributions to our police cooperation. I believe all of you will continue to support them. Let’s promote police cooperation between two countries together.