Country’s CPI increases by 0.7 % in September

Releasing the bulletin this week, National Statistician Douglas Kimi said through the year, compared to the same month in 2020, the National CPI rose 1.8 percent.

Mr Kimi said the most significant changes by major expenditure groups from the previous month include:

“The Solomon Islands inflation rate for the month of September 2021 calculated on a 3-months moving average basis was +1.2%,” said Mr Kimi.

“The corresponding inflation rates for imported items was stable (0.0%) overall, while other (domestic) items inflation rate was +1.6%.”

The National Statistician said the Solomon Islands underlying rates of inflation based on a 3-months moving average was observed between -1.2% and 0.1% for September 2021. 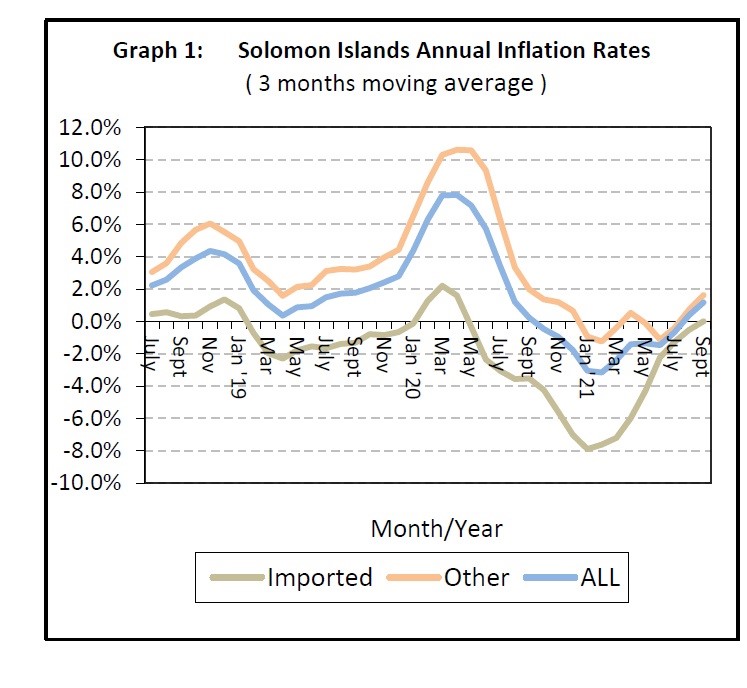 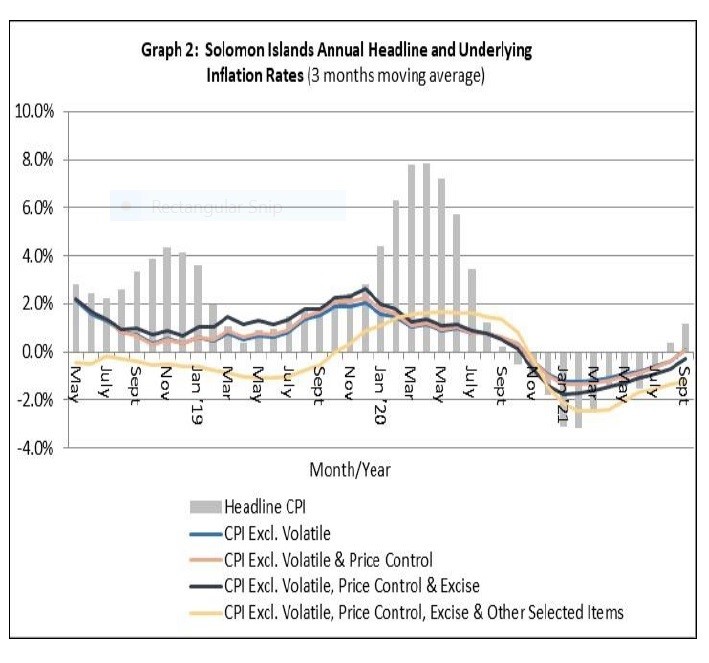 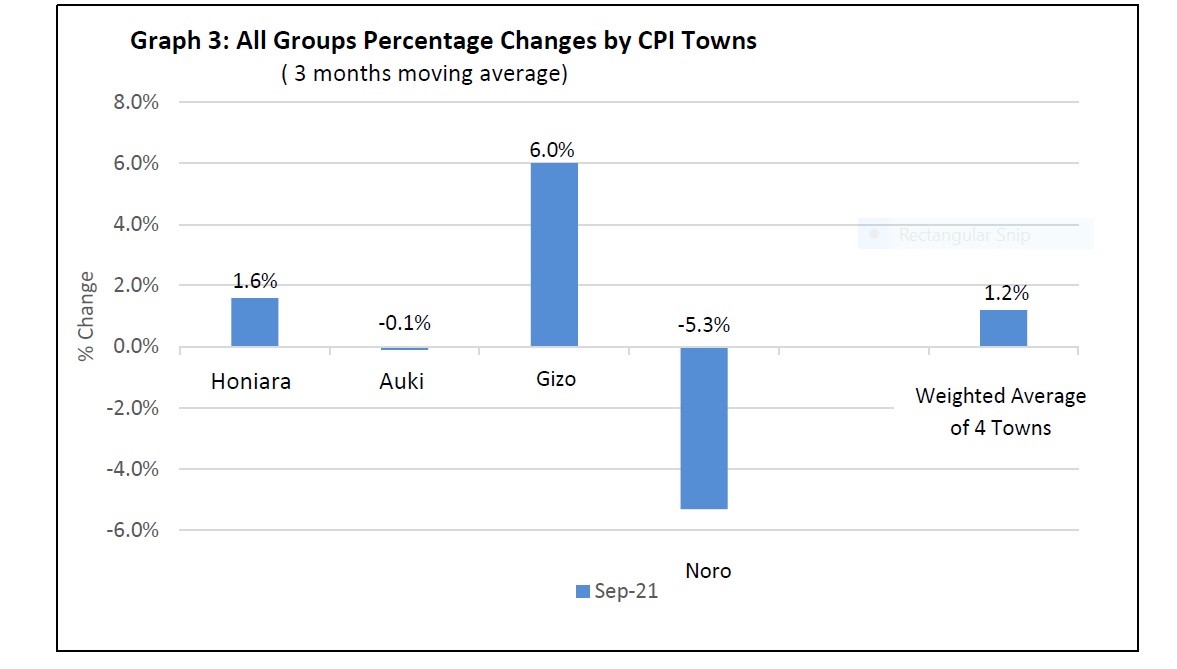