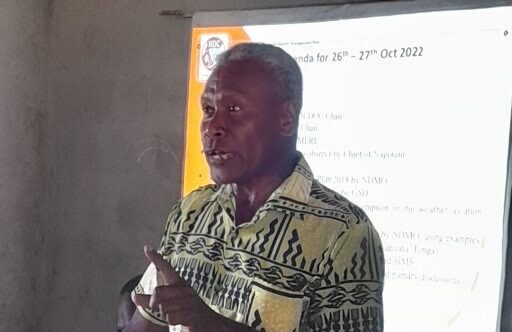 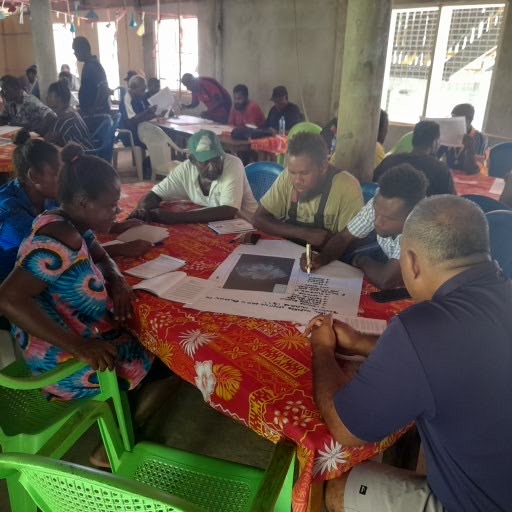 Participants and facilitators at Nagotano 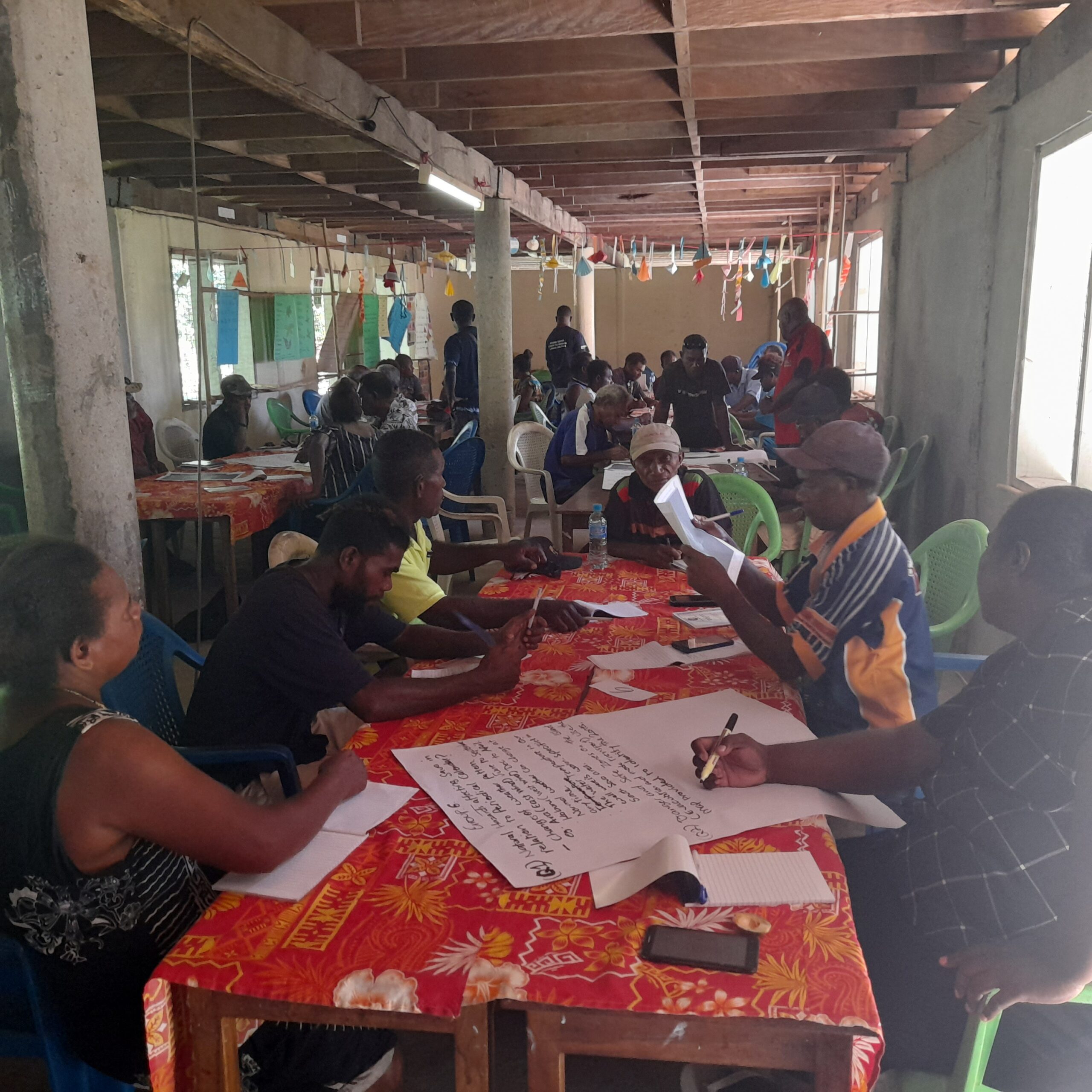 In welcoming the community representatives from the twelve communities on Savo Island, Tulagi, Nagotano and the technical team from Honiara, the Provincial Police Commander (PPC) and the Chairman of the Provincial Disaster Operations Committee (P-DOC) for Central Islands Province (CIP) Superintendent David Soakai acknowledges the National Government through the NDC and Solomon Islands Government Technical Agencies to see it fit to re-look at Savo volcano as being a major threat to the inhabitant of Savo, as well as the rest of CIP, Guadalcanal and Honiara. PPC Soakai stated that Savo volcano is critical in that it is only 35km to Honiara and any eruption of the volcano will resulted in catastrophic disaster impact not only to Savo Island but also to the rest of the country. As the chairman of the P-DOC CIP, this also means that the Province needs to prepare, and coordinate and manage any volcanic response on Savo Island.

Echoing similar sentiments, the Director or the National Disaster Management Office (NDMO) and the Chairman of the National Disaster Operations Committee (N-DOC) Jonathan Tafiariki highlighted that Solomon Islands is ranked second in the list of countries that are most vulnerable to natural disasters globally. The Director of NDMO stated that the current consultative workshop is important as it signifies the proactiveness of the Government through the NDC in ensuring that the country has a hazard specific contingency plan for coordinating and managing volcanic disasters that may arise from Savo volcano. Mr. Tafiariki further stated that the revised Savo volcano plan would set a common arrangement that the country can used in responding to volcanic related disaster responses.

In giving the official opening remarks, the Deputy Secretary Technical (DST) of the Ministry of Mines, Energy and Rural Electrification (MMERE) Mr. Daniel Rove, who’s ministry has the mandate on volcanic hazards in the country emphasised that developing the Savo Emergency and Disaster Management Plan is timely given the recent experiences in Savo as well as in Vanuatu, New Zealand and Tonga. DST Rove explained that having a simple and practical plan that has local context and national outlook is the way forward in ensuring that the Government through the NDC arrangements has a planned approach on how it would support any volcanic disaster response on the island.

The consultative workshop is attended by 41 participants from the 12 communities on Savo Island, Nagotano Island and representatives from the Central Provincial Government. The workshop is expected to close today by the Chairman of the National Disaster Council Dr. Melchior Mataki.