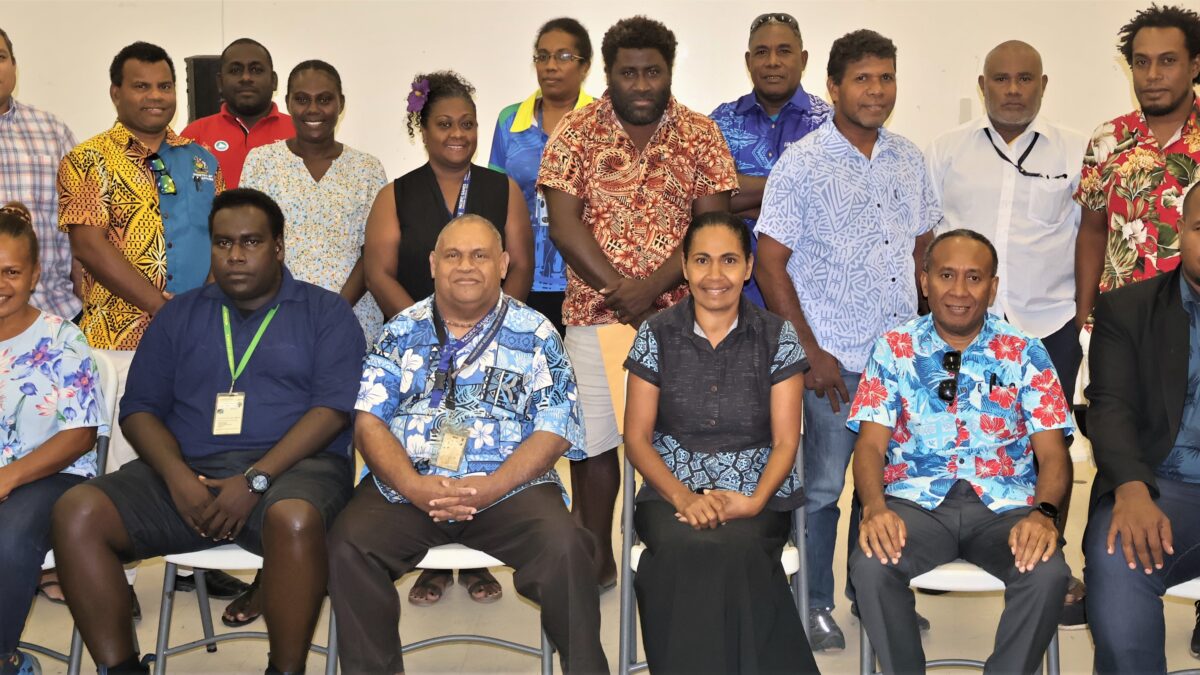 A Government Planning and Task Force has been formed under the Government Services Integration Committee (GSIC) to plan for the official launch of the Safe and Green Games in February 2023.

The Committee met for the first time on Friday 9 December 2022, with relevant key state holders.

A statement from GSIC in the Office of the Prime Minister and Cabinet, stated that the meeting brought together all relevant key stakeholders, representing Key Government Ministries, Honiara City Council, Guadalcanal Provincial Government, Games Organizing Committee and Civil Society Organizations, to discuss and plan for the launch.

Chair of GSIC, who is also the Chair of the Planning and Task Force Committee, Bernard Bataanisia, confirmed the meeting and stated that the launch will be held in February 2023, at a date to be confirmed by the Government.

“Yes, my Committee held its first meeting on Friday last week and another meeting is planning for next week”, says Chairman, Bataanisia.

After New Year, the Committee will reconvene and accelerate its preparations for the Launching programme.

“We are looking at a three day event for the launch, with different activities, and once a draft programme is finalized, we will then forward to the Government for consideration and approval, and after, we can   release the information and programme to the Public”, says Bataanisia.

“Basically, the purpose of the launch would be to provide a safe and secure environment supporting the Government successfully host the PG 2023, and secondly, to beautify and clean up the City environment for the Games, and hence leave a long term legacy for the country’’, says the Chairman.

During the launching on the 19 November 2022, (One Year to go before the Games), the Hon Prime Minister officially announced that Solomon Islands Government would launch the Safe and Green Games in February 2023. In February 2023 we will launch a ‘Safe and Green Games Strategy’ for the 2023 Pacific Games. This ‘whole-of-society strategy’ will provide the basis for all government ministries, the private sector, SOEs, churches, civil society, and our communities to team together to beautify Honiara city and support the NHA and the Games Organising Committee deliver the 2023 Pacific Games

The 17th Pacific Games will be hosted in Honiara, Solomon Islands, from, 19 November to 2 December 2023.