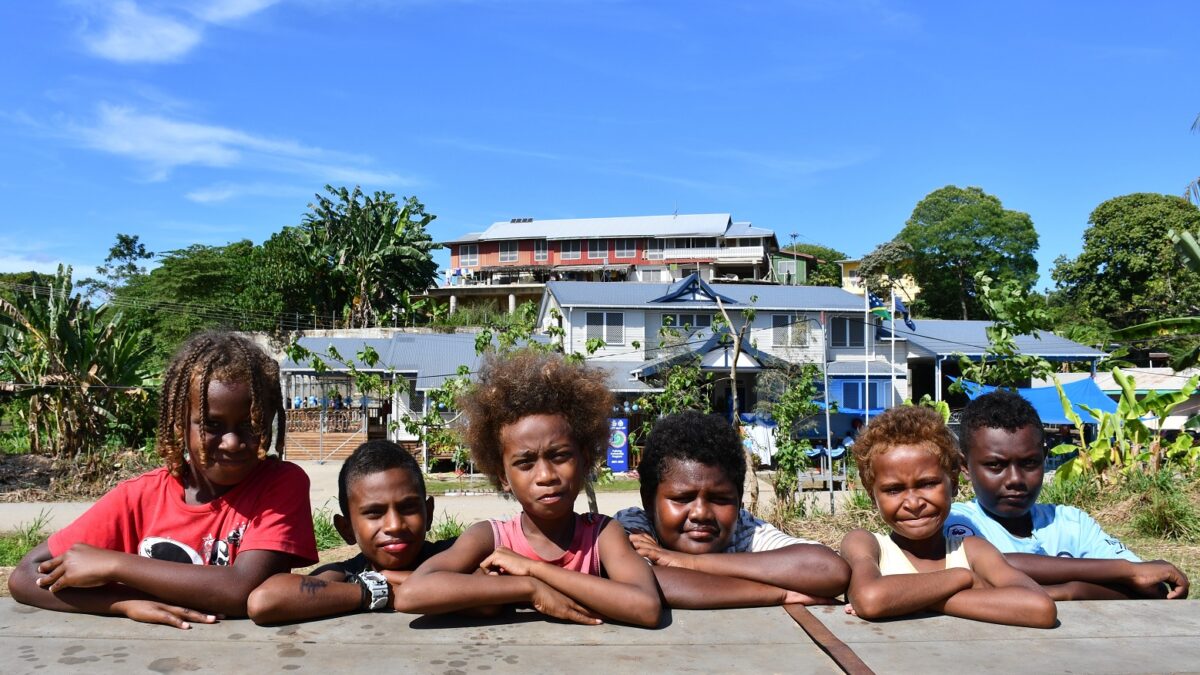 The re-opening of the Naha Police Station will ensure children living in and around Naha are safe and secure. The Station was re-opening through the support of AFP RAPPP. 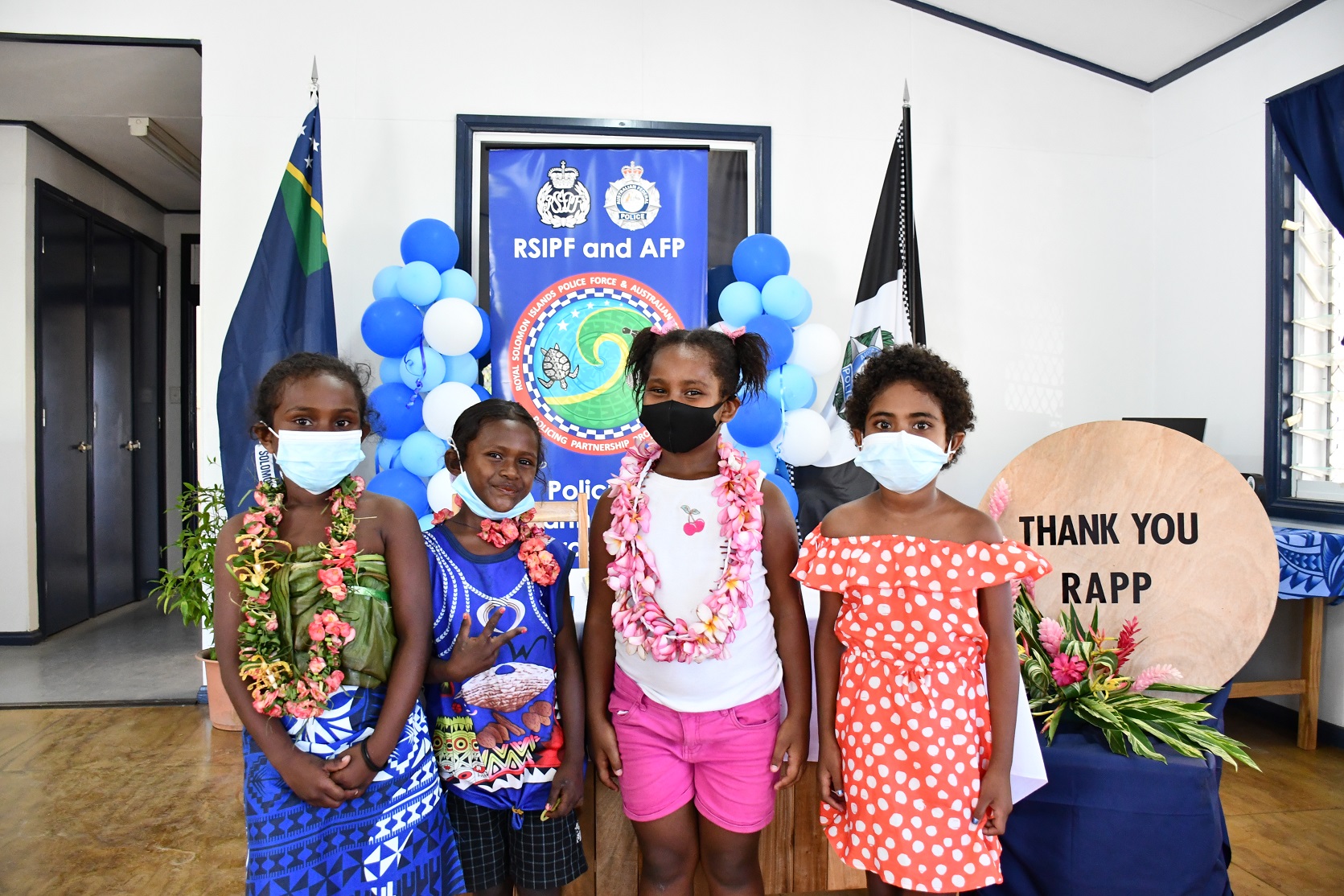 Kids of Naha community who also witnessed the re-opening of the Naha Police Station yesterday. 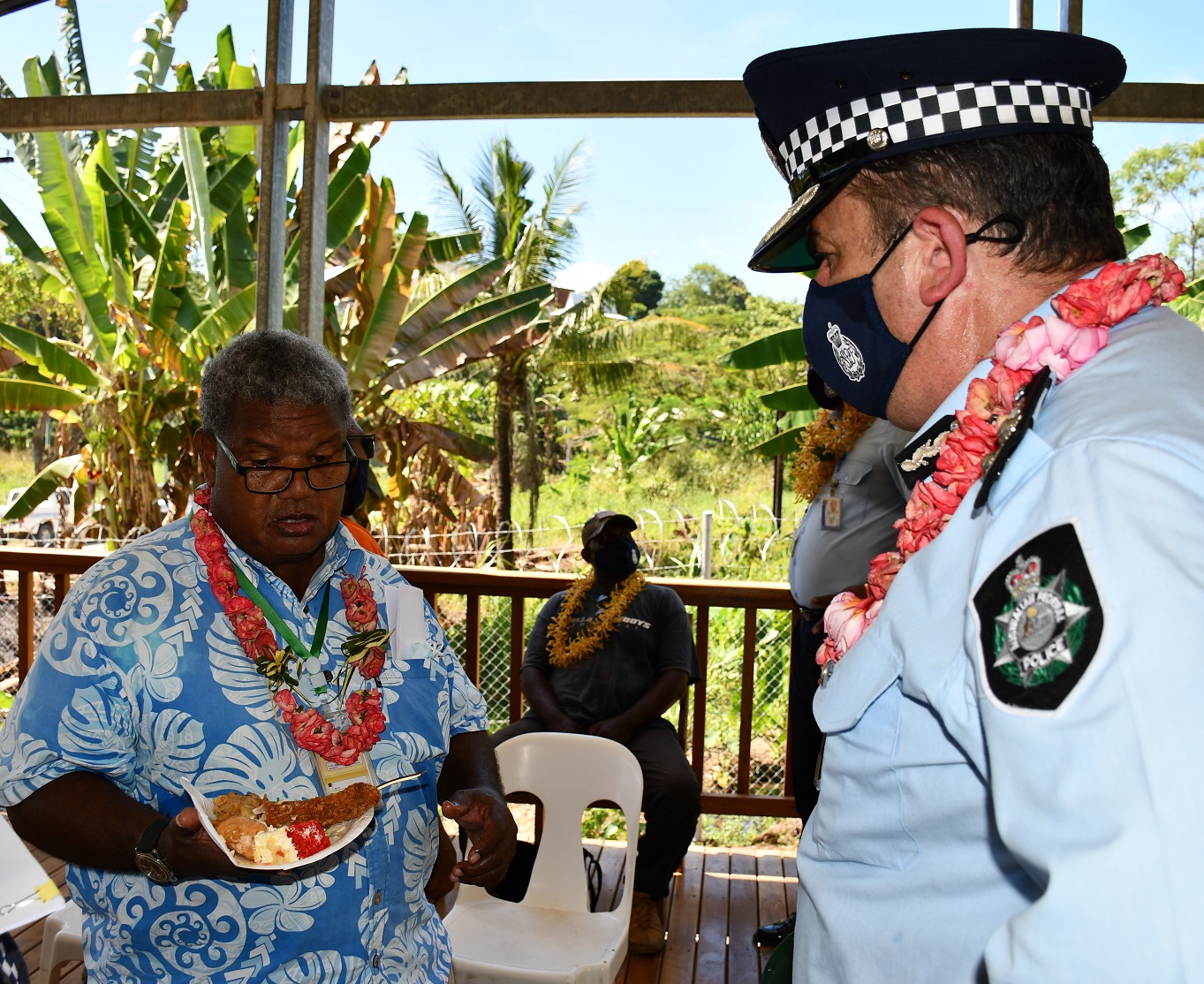 A community leader of Naha community having a chat with the AFP RAPPP Commander Paul Osborne during the re-opening of Naha Police Station yesterday. 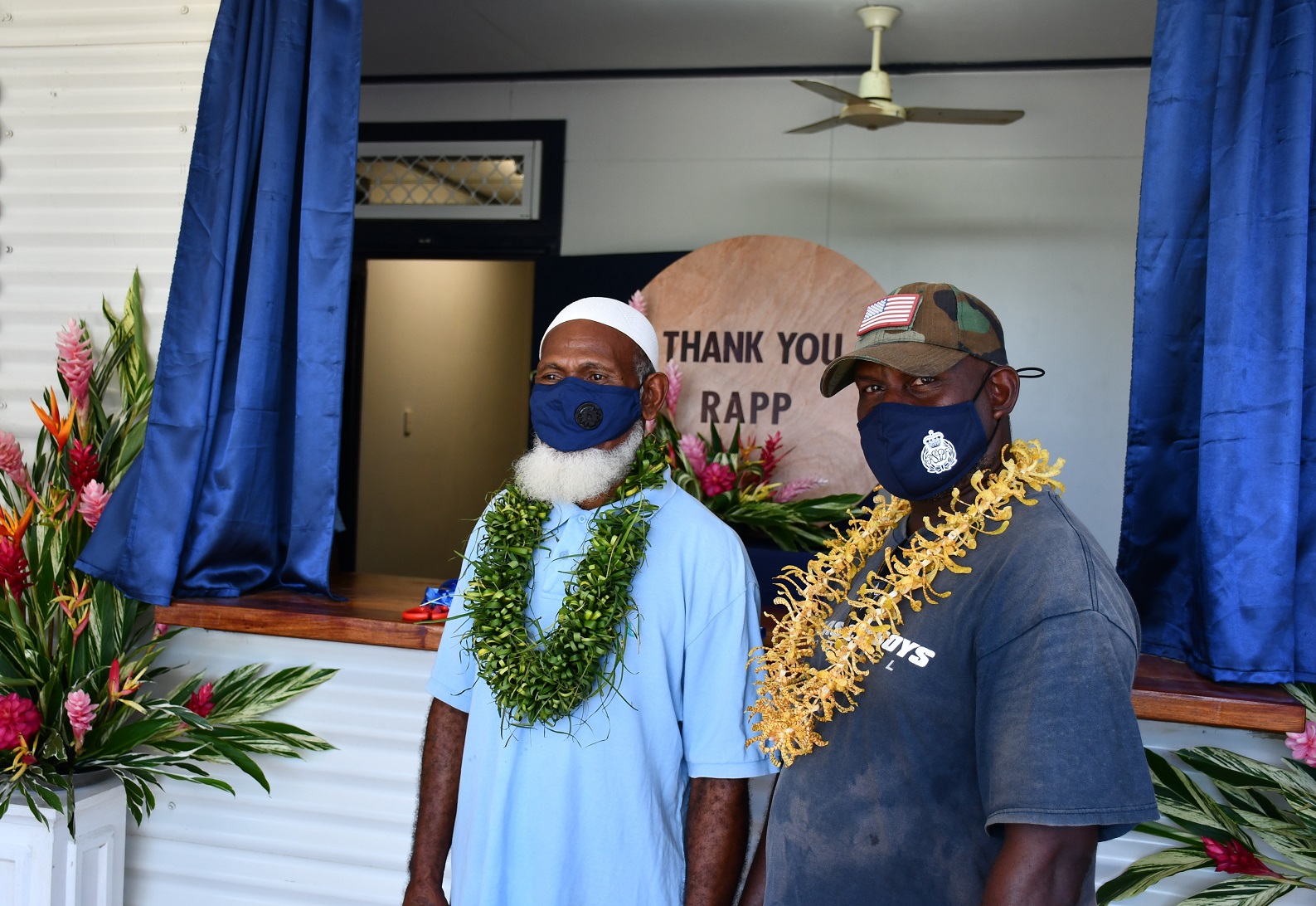 Naha community members come in number to show their gratitude for having the Naha Police Station re-opened- thanks to the RSIPF-AFP Policing Partnership Program (RAPPP).

Commissioner Mangua thanked the Australian Federal Police and the RSIPF Police Infrastructure Department (PID) and said “Police Stations such as Naha are critical to delivering grass roots policing services for local communities. The RSIPF Naha station is now open and fully operational, we are here to support the good people of this community, please look after this station, let us all work together so we can keep the good people of Solomon Islands happy safe and secure”.

Australian Federal Police Commander Paul Osborne said that “whilst it was very sad to see the community lose access to local RSIPF services due to the riots in November 2021, I think the RSIPF and Naha community for invitation to attend today’s community engagement event”.

The Naha Police Station was originally built by the Australian Federal Police in 2017 at a cost of SBD$9mil. During the November 2021 riots, the local community tried to prevent criminals from damaging the station, however it sustained extensive damaged. Unfortunately, the RSIPF had to close the Station due to safety concerns caused by the damage.

To assist the RSIPF and the community, the Australian Federal Police through the RAPPP has invested a further SBD$572,000 to repair the station that is being reopened today.

Local architects and construction contractors were engaged to design and repair the damaged Station. The use of local contractors and suppliers benefits the community as it creates employment and investment returns. The re-opening of this Station will again help thousands of residents who live in and around Naha to be able to easily access policing services.

The RAPPP partnership with RSIPF is delivered through six core delivery pillars as identified during the development of the partnership program with RSIPF and Solomon Islands Government (SIG). One of these pillars is improving operational effectiveness by strengthening foundational enabling services including the construction of fit-for-purpose police infrastructure.

Responding to the needs of the community, the Australian Federal Police RAPPP advisors supported and assisted the RSIPF PID restore the station and deliver much needed policing services at Naha. This is one of the first RSIPF sites to be restored, which was destroyed during the recent riots.

Commissioner Mangau, said “the Naha Police Station repair demonstrates the strength and endurance of the long standing Australian Federal Police (AFP) partnership between the AFP and RSIPF. That relationship remains strong and flexible, we are committed to supporting the needs of our brothers and sisters in the RSIPF. AFP have been working with the RSIPF for decades in Solomon Islands, we will continue that work together as we prepare for the delivery of a successful security operation to protect the Pacific Games in 2023.

“The damage to police infrastructure during the November riots was unforeseen when we designed the RAPPP program, regardless we have demonstrated how flexible our program is by pivoting quickly to repair this station, ensuring the RSIPF can continue to support the local communities around Naha” Commander Osborne said.

Under RAPPP, the AFP have committed approximately SBD$605m to support the RSIPF over the next four years, this includes the provision of technical assistance and capability developments across the RSIPF. Australia is at the forefront of supporting the RSIPF – assisting and addressing emerging priorities, including new areas of cooperation emerging since the November riots.

Australia welcomes opportunities to support Solomon Islands security and further deepen our policing partnerships program, RAPPP, including in the lead-up to the 2023 Pacific Games and beyond.  We value greatly our recent experience working together through the Solomon’s International Assistance Force (SIAF), where Australia, with NZ, Fiji and PNG, supported the RSIPF to deliver security for all in Honiara after the riots.

Now, residents and communities in and around Naha will have RSIPF policing services closer to home. This is one of the first Police sites to be restored following unrest in November 2021.