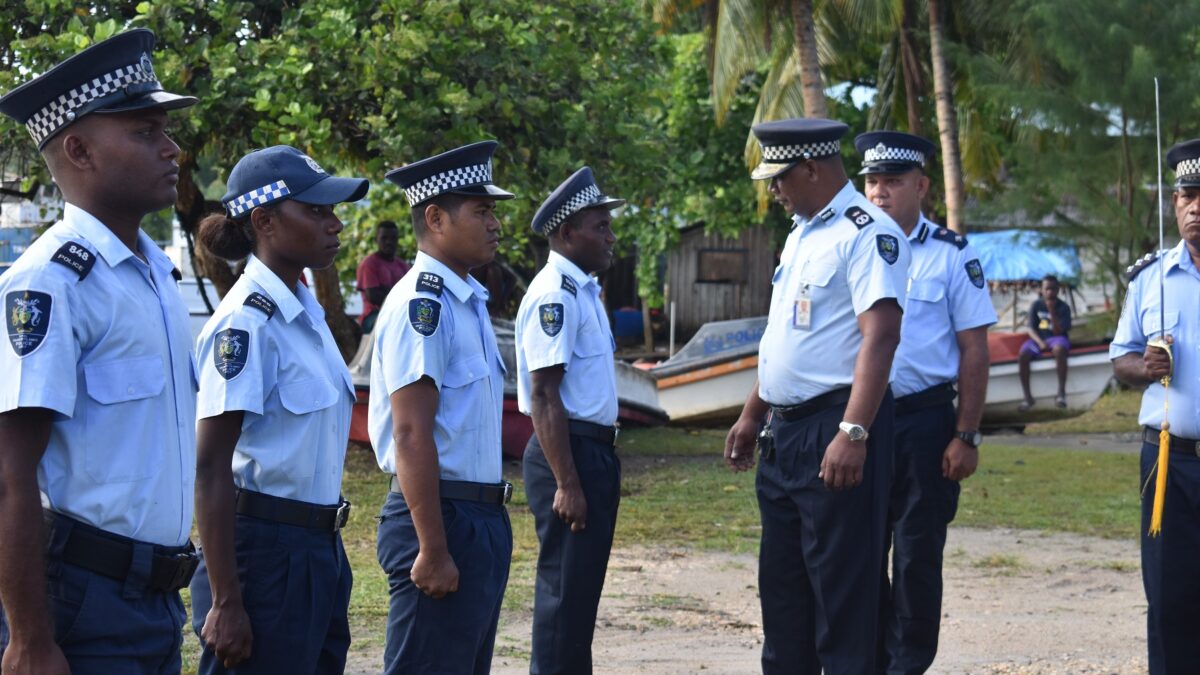 The Commissioner of the Royal Solomon Islands Police Force (RSIPF) Mr Mostyn Mangau has made a first provincial visit to Central Province after lifting the State of Public Emergency recently.

The Commissioner made the visit to officers who work at Tulagi and Yandina Police Station in the Russell Islands on 8 July 2022.

During the visit, Commissioner Mangau presented a certificate of appreciation to some officers at Tulagi during a parade and conducted a muster with officers.

During the muster, commissioners talked about discipline matters and thanked officers for the well done job to support the Ministry of Health and Medical Services during the COVID-19 community transmission.

The Commissioner also encourages officers to be strong and work together as a team. He said leadership is at all levels of the RSIPF organisation. This comes with the powers given to you as police officers.

Mr Mangau also encouraged officers during the muster to be accountable to all RSIPF assets. Take good care of it and no miss use of those assets. Those assets are there to help us with our policing duties.

Questions have been raised during the muster by officers and the Commissioner responded to questions and clarified officer’s doubt on certain administrative issues within the organisation. 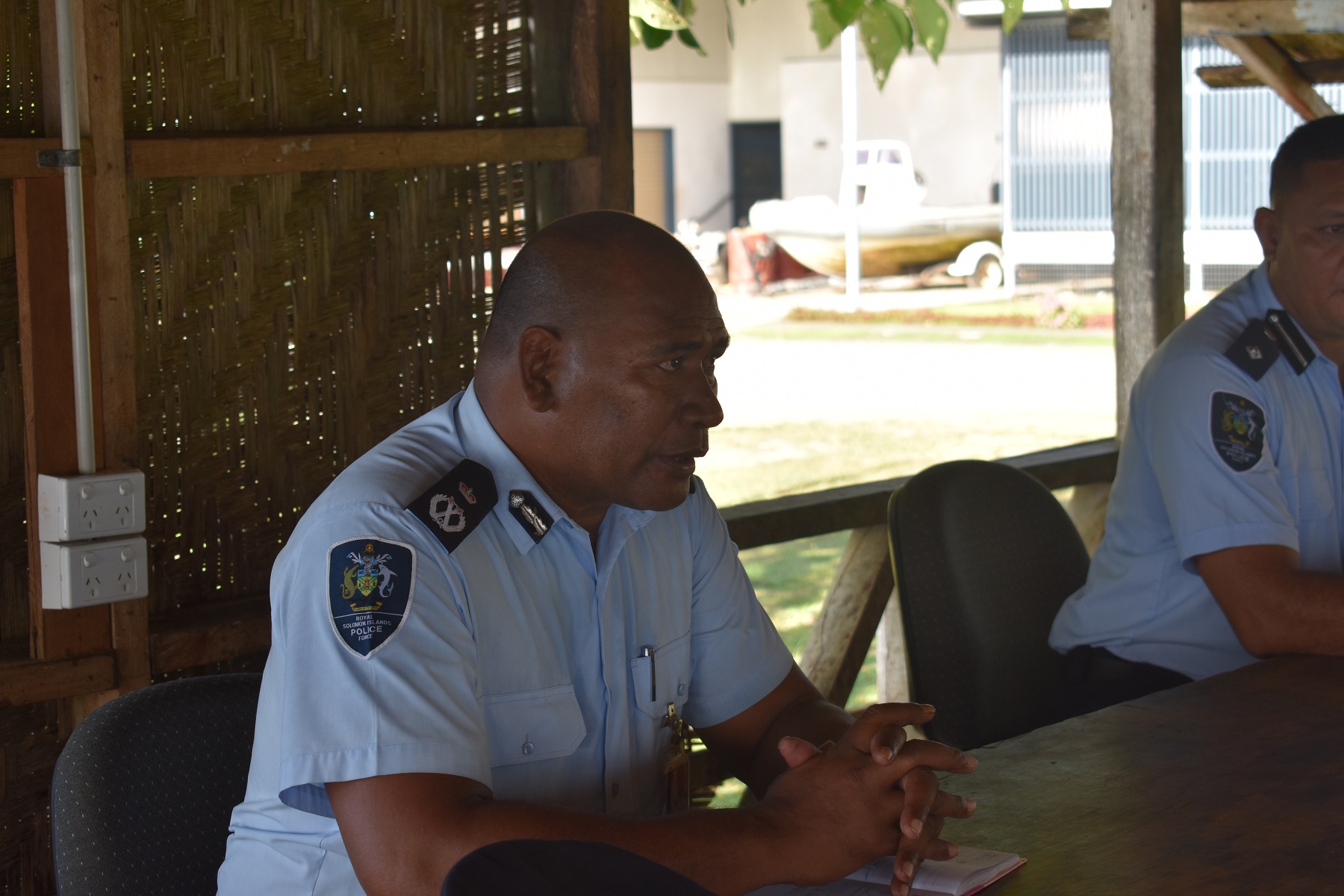 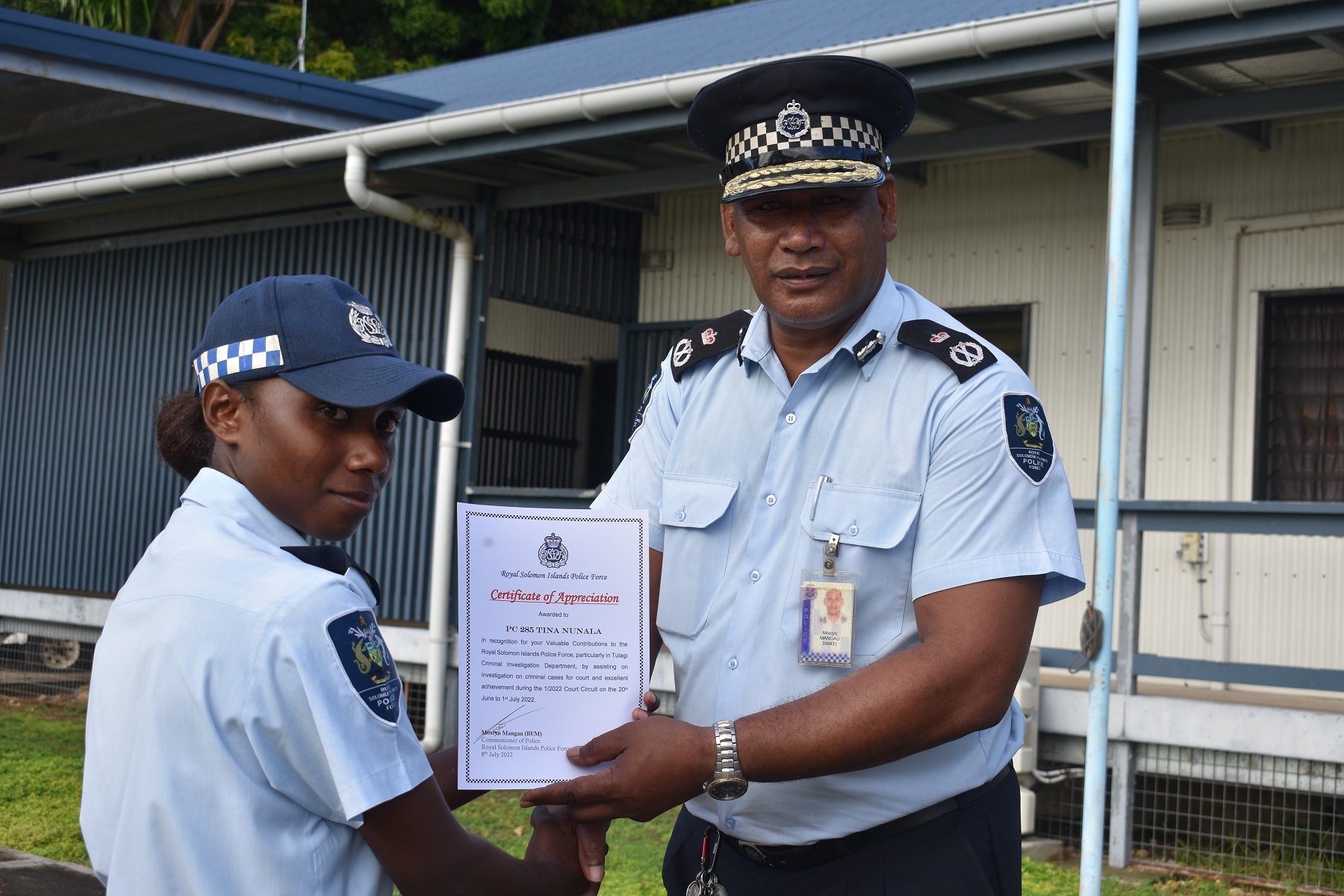 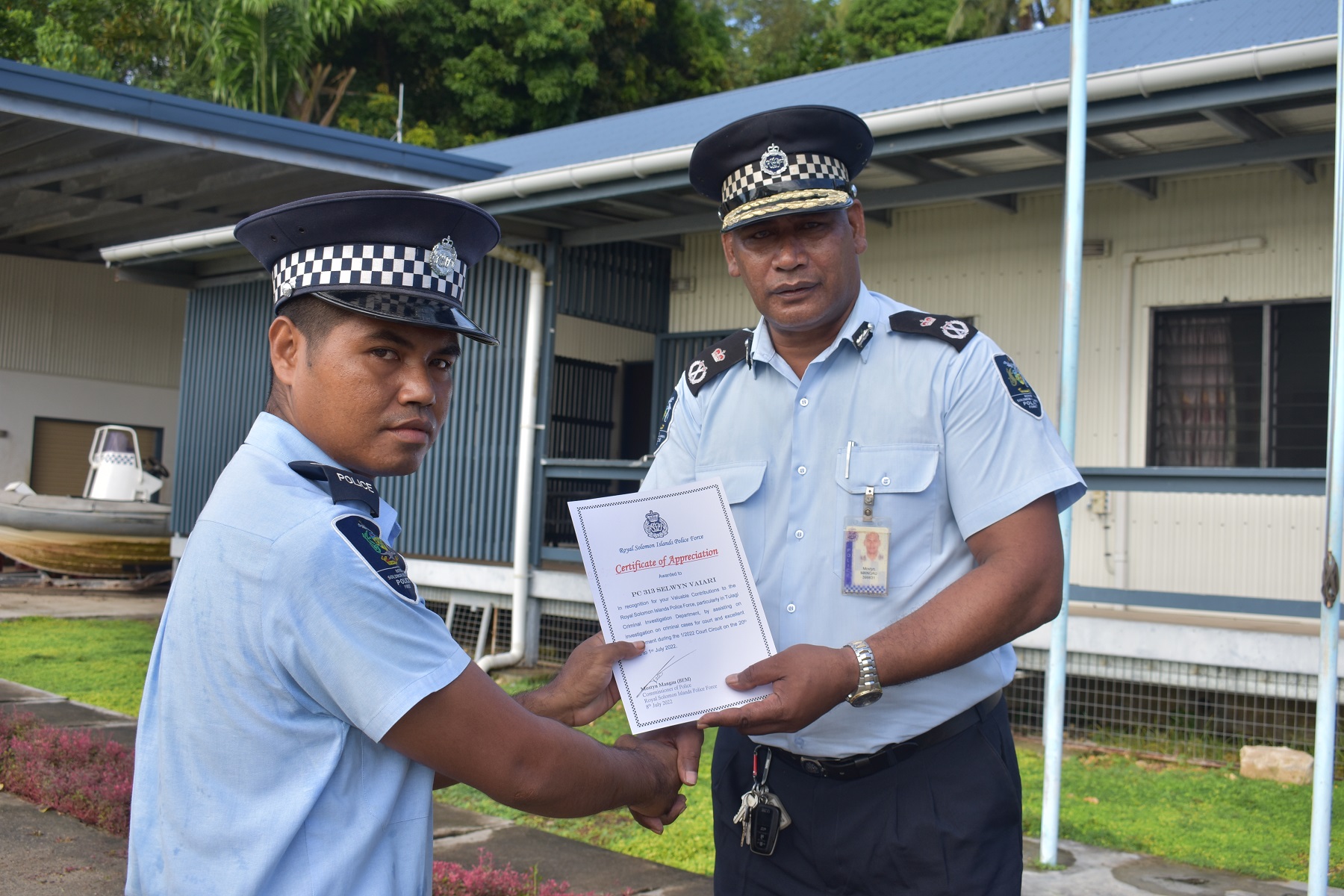 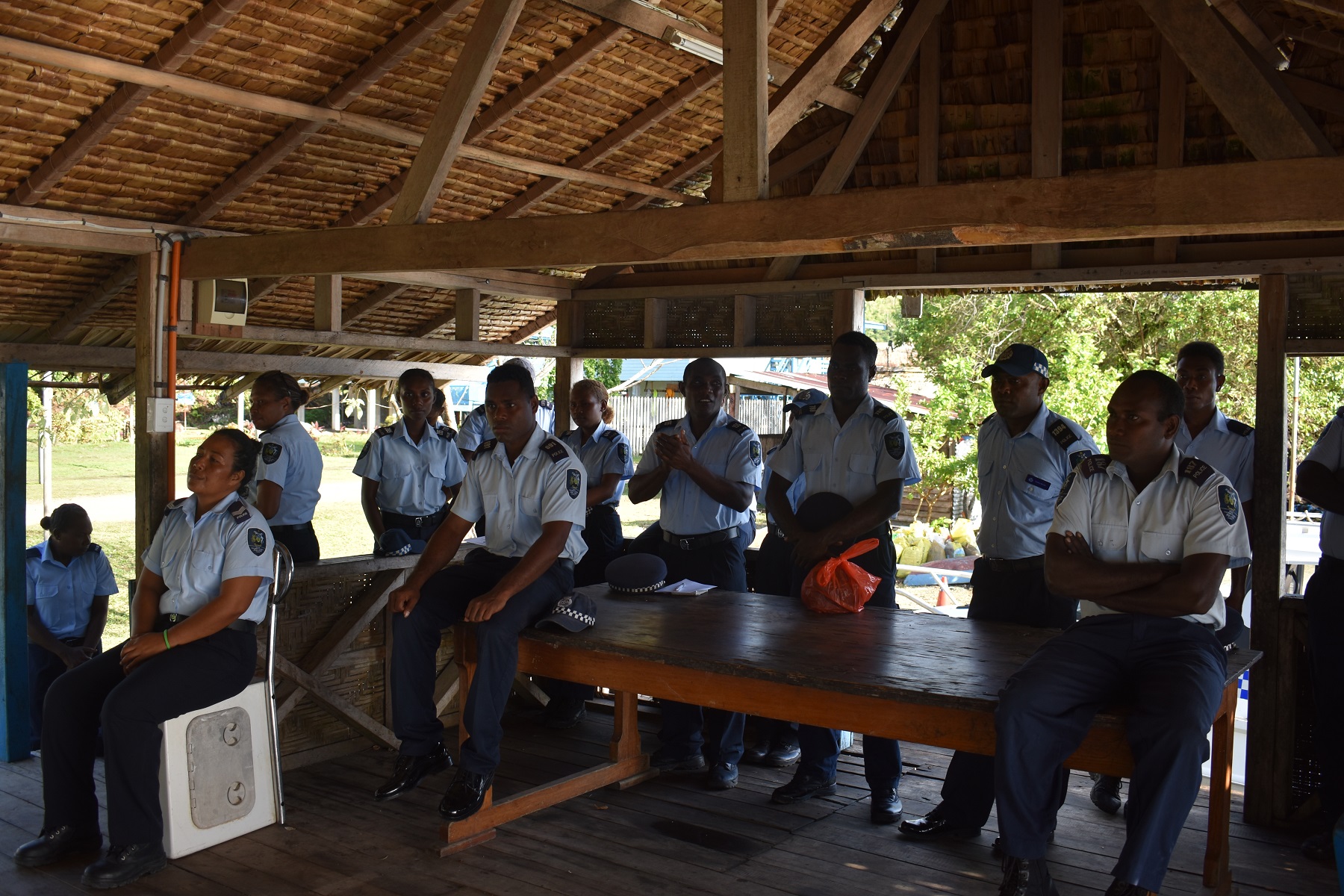 Officers listening to the Commissioner talking during the muster 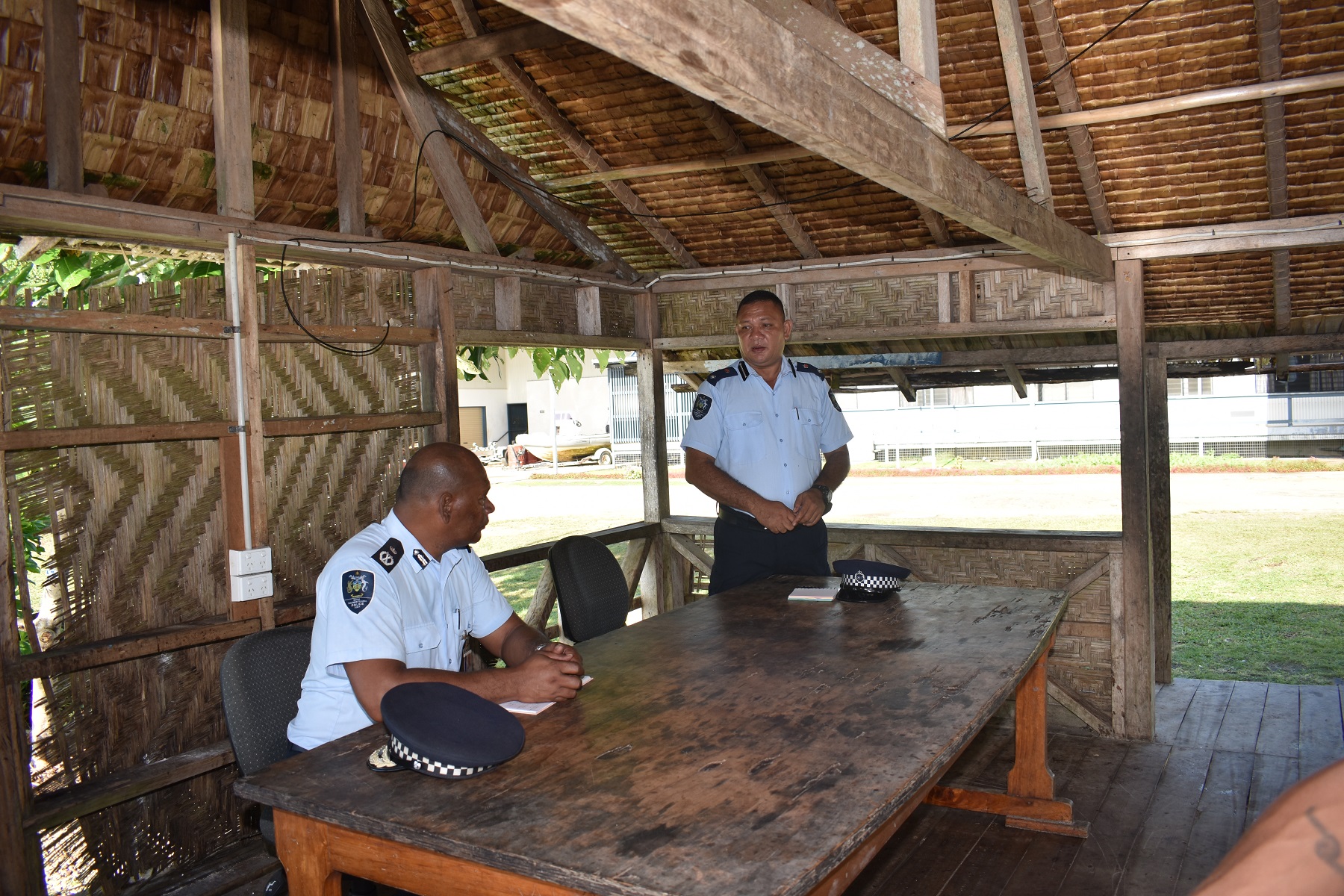