Commissioner of Lands Alan McNeil has encouraged tribal land holding groups in the Sandfly-Buena Vista region of Gela to record their customary lands under the name of tribes and not few individuals or trustees.

Sharing the experience of his native home of Scotland, Mr McNeil said it is important that tribes record or register their customary land in the name of tribal associations and not few individuals.

He pointed out to participating chiefs at the workshop that the risk of recording or registering land in the name of few trustees is that land can be sold or leased without the knowledge of the whole tribe.

“I have noted that the trustee system is risky because Trustees sometimes feel that they legally owned the land by themselves and can do whatever they want with the land,” he said.

“Please record or register your lands in the name of the whole tribe as an association which is much more secure and safe from improper dealings,” he added.

He also discouraged people from unnecessary selling of land to avoid homelessness like what happened in other parts of the world. 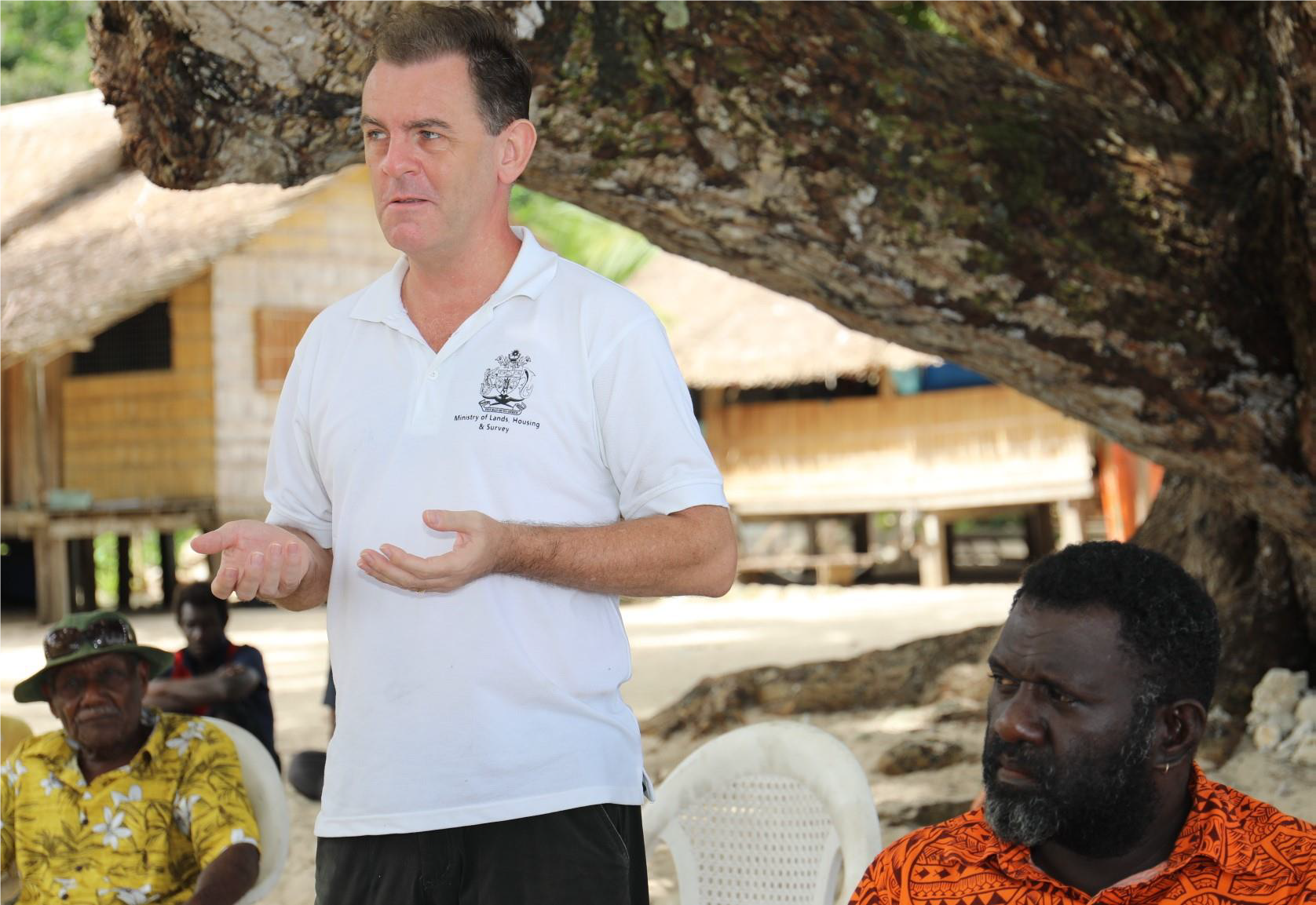