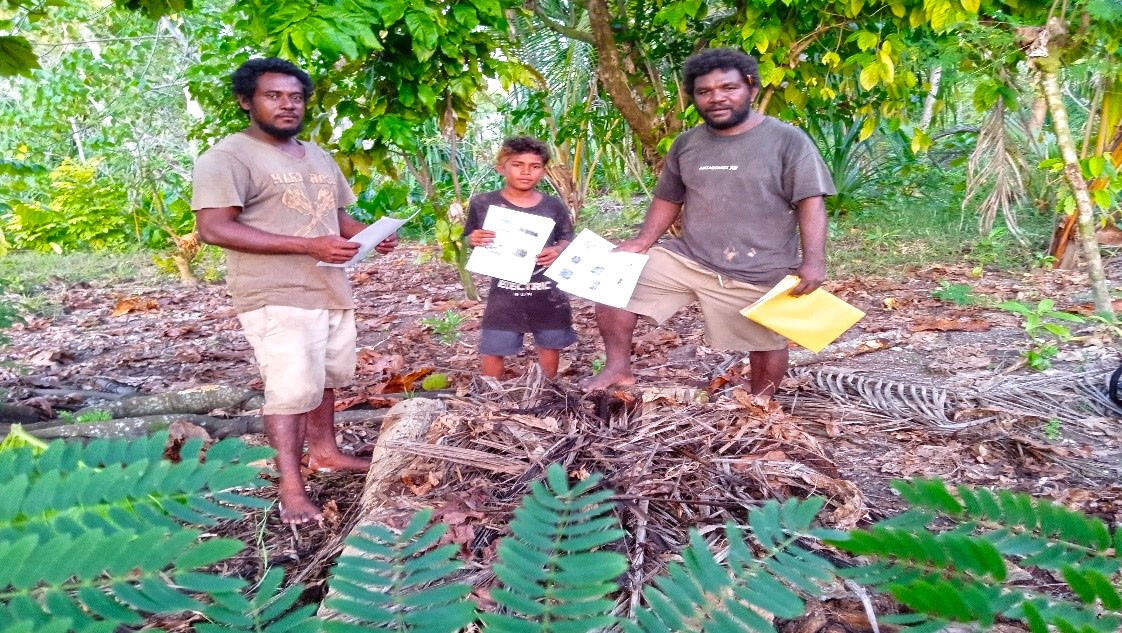 CRB pamphlets were distributed to villagers for information sharing after ABS work was done.

The Ministry of Agriculture and Livestock (MAL) has established artificial breeding sites (ABS) for the management of Coconut Rhinoceros Beetle (CRB) at Luaniua Island in Malaita Outer Island (MOI).

Establishment of the artificial sites were conducted on 18th June 2021 by a team of two officers Wilson Ninivai, Chief Field Officer (CFO) from the Extension Department and Joe Keniratoa from the Research Department of MAL.

Mr. Ninivai said establishment of the sites was part of the ministry’s effort to manage and control the spread of CRB in the island as well as in the country. 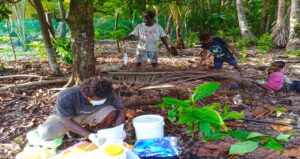 Joe Keniratoa from the Research Department of MAL assisted by Luaniua Island community members to set up the ABS.

“Luaniua has reported the presence of CRB lately and it is important that ABS’s is established and we apply Metarhizium anisopliae fungus into the ABS to control its spread. The fungus (Metarhizium anisopliae) is a biological control agent that is effective against all the different life stages of the beetle,” he said.

He said apart from the establishment of ABS, they were able to collect adult CRB samples for dissection and larvae for rearing and also do damage assessment.

The trip was funded by SIG/MAL through its Extension Department under the Livelihood Sector.

Meanwhile, the fight to control the spread of the deadly beetle, CRB that continue to threaten the country’s coconut industry and other palms is not yet over as MAL through its Biosecurity department is preparing to roll out another cleanup campaign (second phase) in some parts of the country this year with funding support from the New Zealand Government.

The beetle (CRB) has spread to most parts of the provinces and the worst infected provinces are Malaita, Guadalcanal, Makira (mostly Ulawa), Central Province especially Russell Islands and Ngella and Rennell and Bellona and Malaita Outer Islands (MOI).