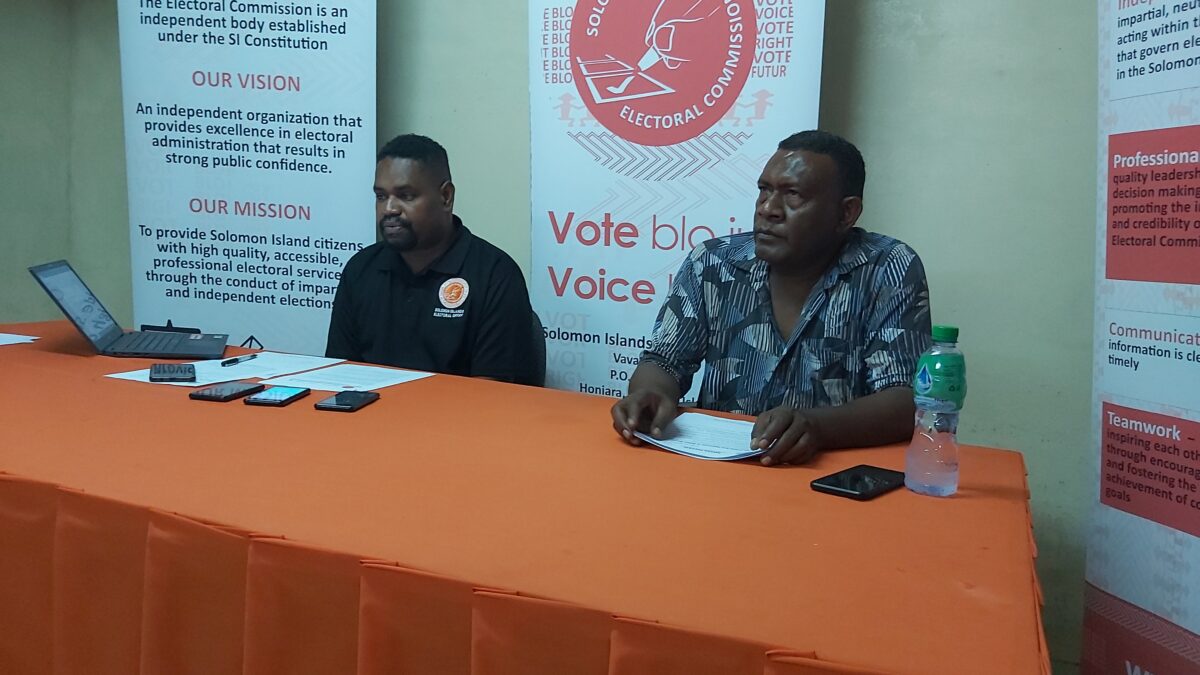 Close of Poll and Retrieval of Ballot Boxes – Malaita By-Elections

Election Manager for the by-elections in Malaita Province, confirmed in a press conference this morning that, all arrangements for the retrieval of ballot boxes have been arranged and confirmed.

Assistant Returning Officers for respective by-elections under the escort of Police Officers will transport all ballot boxes to the Auki Police Station for safe keeping until Thursday morning 22 September 2022 when counting should start.

“Counting will commence on Thursday 22nd September at Green House, Malaita Provincial Chamber. Counting for both the provincial and National by-elections will take place at the same building but in separate venues” Mr. Tuita confirmed.

Mr. Tuita said that the counting venue will be under tight security by Police and only accredited personnel, including candidate agents, observers, media and election officials will be allowed in the counting venues.

Counting for ward 18 in East Kwaio and ward 28 in West Kwaio provincial assembly ballots will also commence on Thursday as well however, results will be declared as soon as all polling stations are counted and result is determined.

For West Kwaio national by-elections, counting will probably continue onto Friday hence official announcement of the election results is expected on Friday morning.

Mr. Tuita highlighted that, police will provide security during the count and calls on all good voters and supporters from West Kwaio and Ward 18 in East Kwaio electorates to respect the electoral processes through to the declaration of results.

Whoever wins reflects our choices for a leader and must be accepted by all.