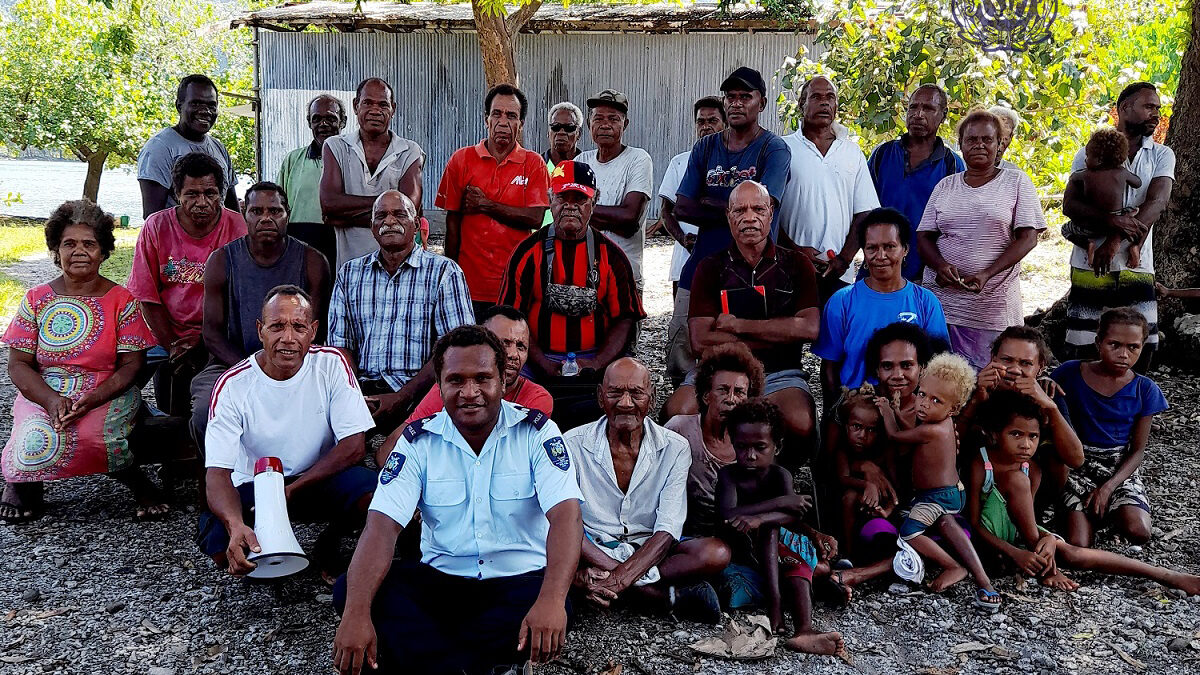 Group photo after the awareness program at Kala bay

Provincial Police Commander (PPC) Temotu Province Superintendent James Toaki says, “The purpose of the awareness talk was to strongly remind villagers of Kala Bay and neighbouring Villages to behave and be responsible as we are now approaching Christmas and New Year.”

PPC Toaki says, “Community leaders are encouraged to assist police to reduce crime in their communities. We work together in addressing criminal activities as it will help RSIPF carry out duties and to restore law and order within our communities. You cannot expect peace to happen when you did nothing at all.”

Superintendent Toaki says, “The police officers also strongly warned the communities that police will not tolerate people who are involved in brewing kwaso (homebrew) and growing and selling of marijuana because these are offenses.”

The awareness talk was also attended by chiefs and elders from other neighbouring Villages.