A group photo with the women and children in Isabel Province 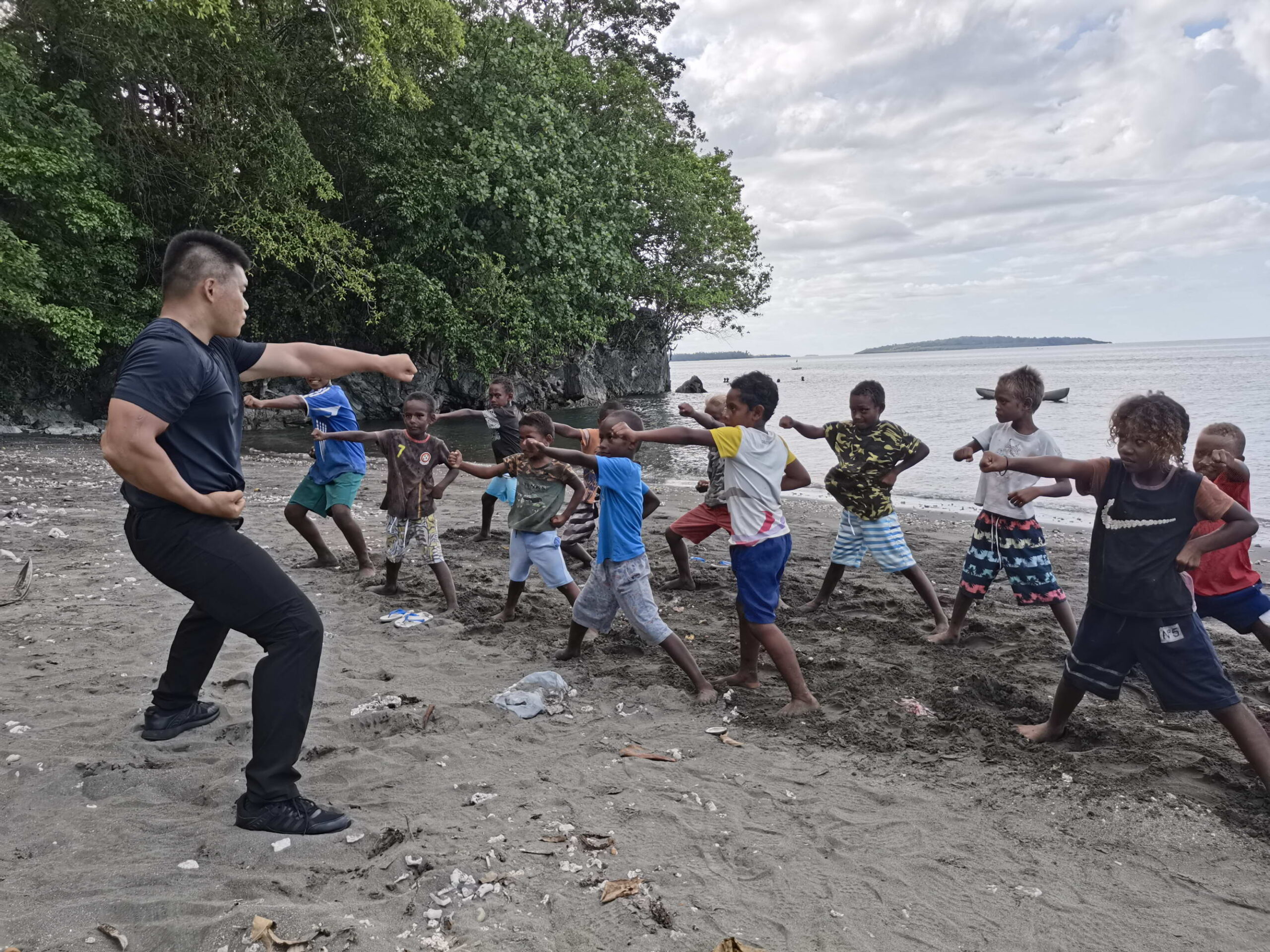 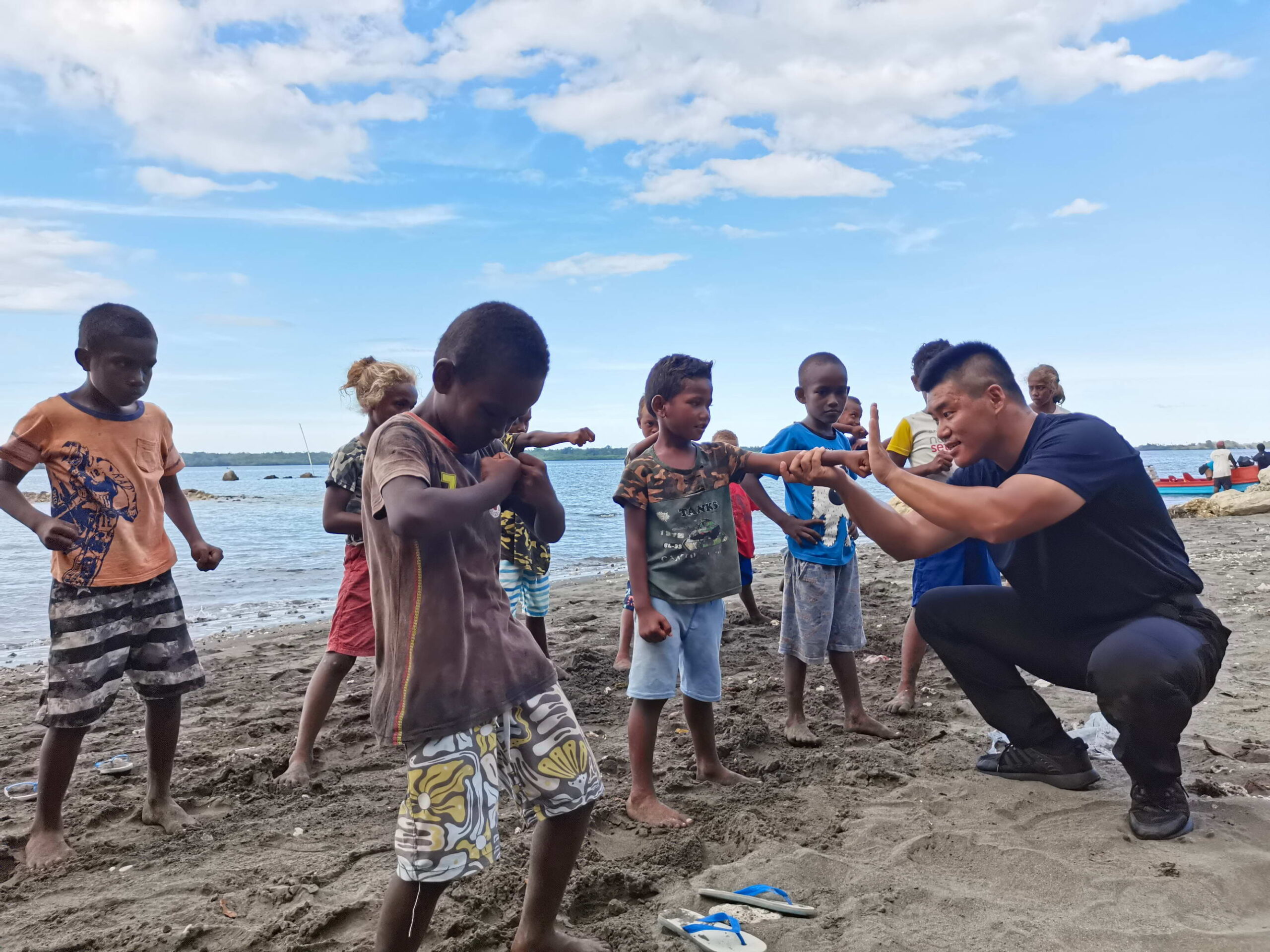 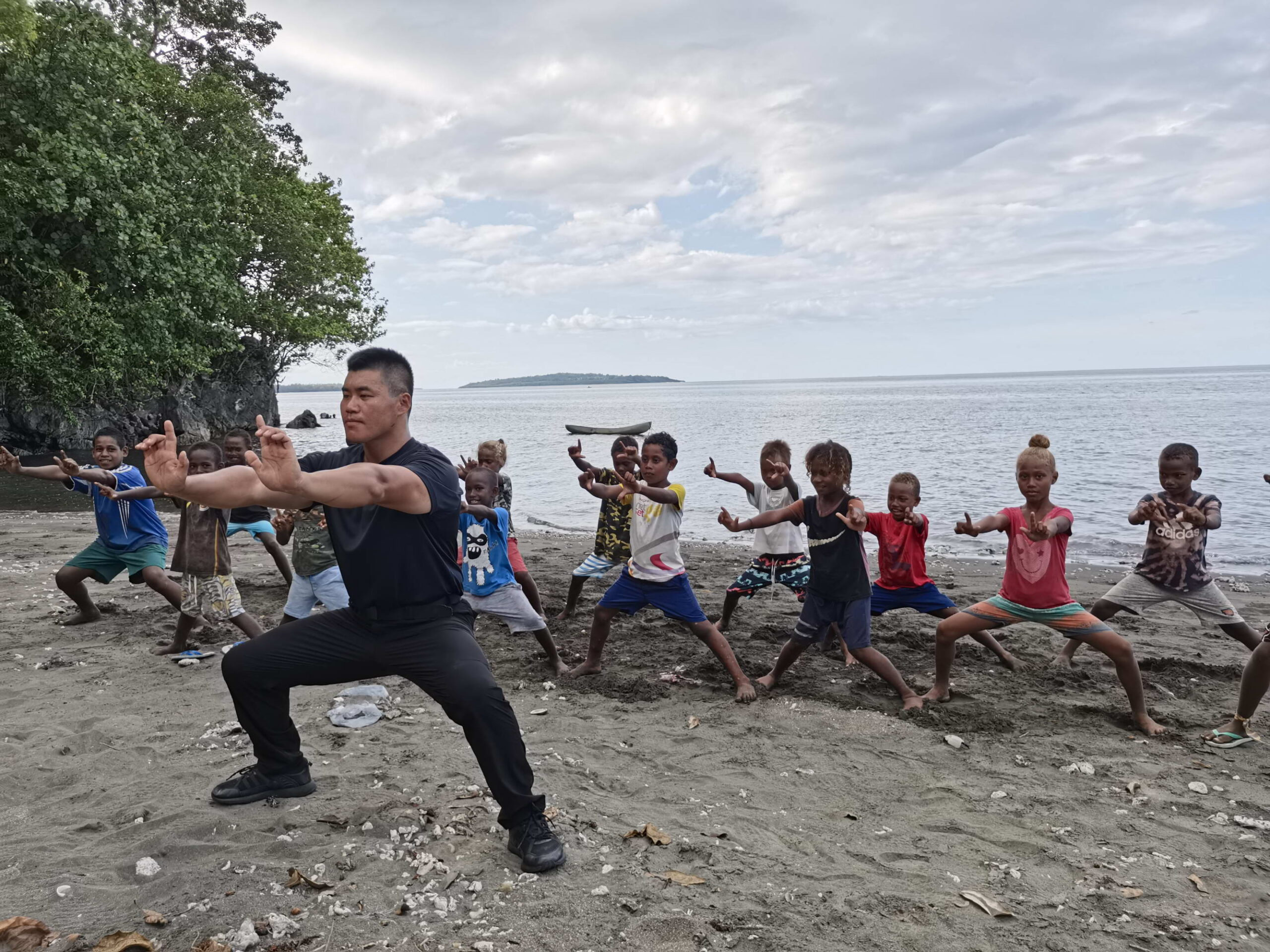 A total of 40 women including children were taught martial art training during a Public Order Management (POM) training in Buala, Isabel Province for the officers of the Royal Solomon Island Police Force (RSIPF).

The China Police Liaison Team (CPLT) conducts the martial art training for local women and children in the afternoon after RSIPF Official program finishes on each day.

Chinese police spend 2 hours a day on two sessions after its training on POM with RSIPF and engaged with the local women and children on self-defence martial arts.

Supervising Police Commander of Isabel Province Mr. Rodney Hirovaka said there have been cases of rape and robbery in Isabel province, and these training teach young women and children how to protect themselves in the event of similar dangers.

While improving the techniques and tactical capabilities of the police, it is necessary to improve the self-defense ability of the native people, especially women and children, in order to reduce the incidence of crimes and enhance the sense of security. This training fully demonstrate the kindness and friendship of the Chinese police, says Mr. Hirovaka.

He said they hoped that the two-week training would effectively raise the safety awareness of women and children, enhance their defense capabilities, and also give them a channel to learn about Chinese culture and leave a good memory.

A local participant said that the Chinese instructors are strong in martial arts and teach us very enthusiastically and sincerely. Through this training, we feel the charm of kungfu, what we are most looking forward to every day now is the afternoon kung fu training. Through the training, our security defense ability has indeed improved, and we are more confident in facing risks.