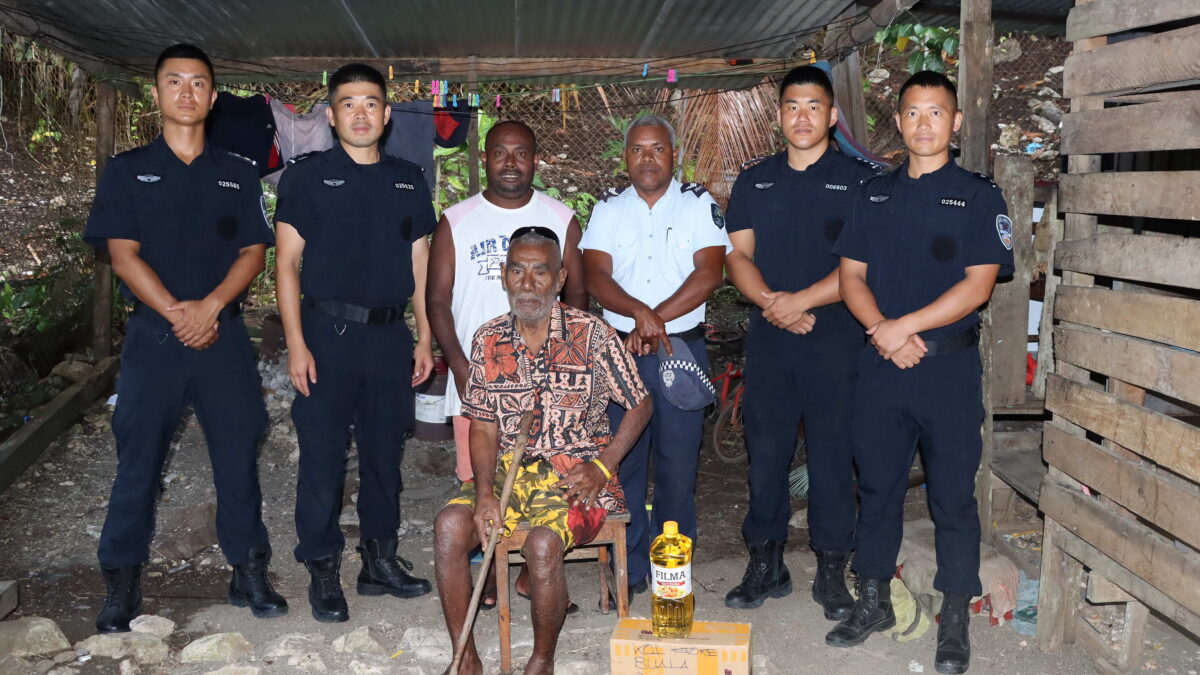 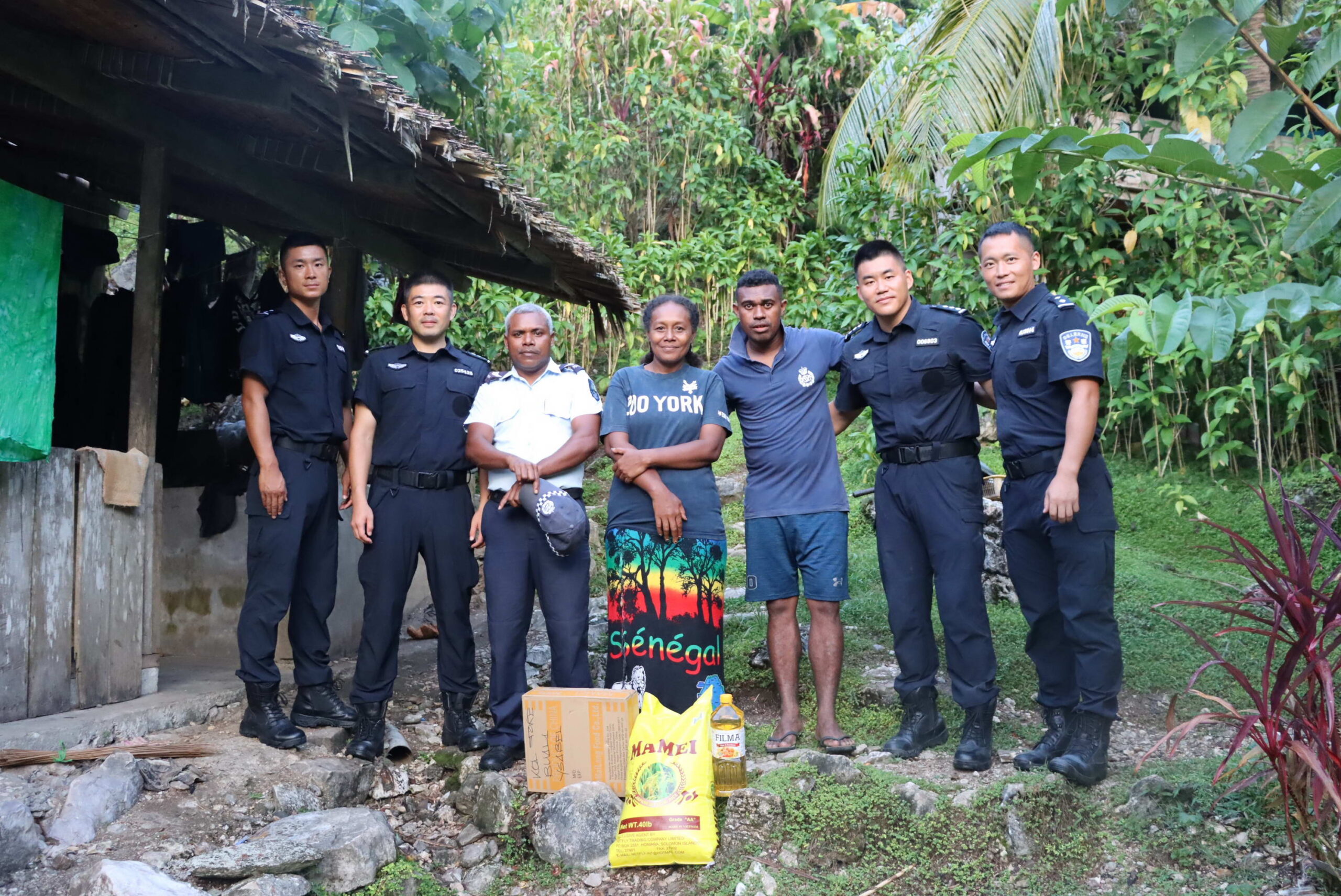 Group photo with a family in Isabel Province which CPLT visited 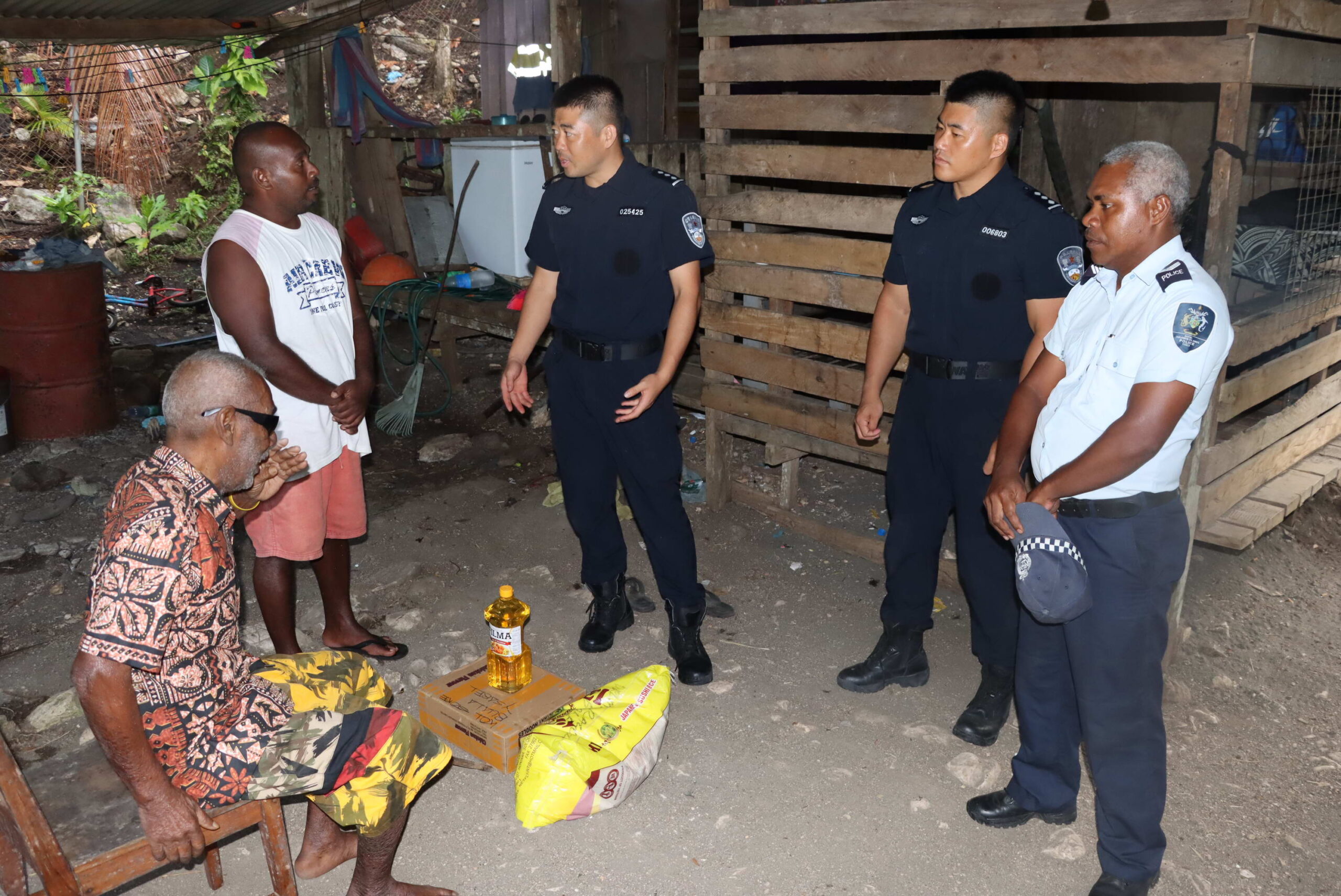 CPLT talk with the families of police officers in need

Supervising Police Commander of Isabel Province Mr. Rodney Hirovaka said the purpose of this visit is to help families in need and encourage them to regain confidence and get through this difficult situation.

Mr. Hirovaka said difficult police families included the police officer was treated in hospital while his father was old and needed care as well as a wife who is having little health issues. The Chinese police officers learned the news during the training, they bought some rice, vegetable oil, and fast noodles for those families. They had a warm conversation and expressed their sincere concern for the police officers in difficulties.

Chief Instructor Wang Zhongyu of the CPLT said RSIPF Officers are good partners and good friends with CPLT. The assistance to each family is for friendship and goodwill. The training for RSIPF in Buala were deeply moved by everyone’s hard-working, diligent and serious spirit, while everyone is training hard, we are also very concerned about everyone’s daily life. I hope this help will bring you warmth and get through the difficulties as soon as possible.

The police officers who received the assistance expressed appreciation to China Police Liaison Team, said in the coming week, they will dedicate themselves to the training and wish the bilateral police cooperation will definitely deepen.