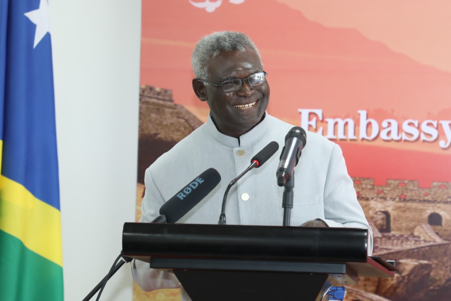 Caption: Prime Minister Sogavare at the opening of the Chinese Embassy in Honiara

CHINA SWITCH PUTS SI ON THE RIGHT SIDE OF HISTORY

“The switch to establish diplomatic ties with the People’s Republic of China (PRC) has placed Solomon Islands at the right-side of history, as a member of the United Nations,” Prime Minister Manasseh Sogavare said at the opening of the Chinese Embassy in Honiara today.

He said the switch was the right thing to do and in the process, the Government had to weather all the hypocrisies that challenged the decision – obviously by some international interests, working with some local pressure groups for their own narrow geopolitical reasons.

We have placed Solomon Islands in the right side of history. We will no longer undermine the territorial integrity of the People’s Republic of China, respecting the One China Principle

“We are not going to be moved by these narrow political agendas,” Sogavare reiterated.

“We made it clear, as a sovereign nation by our undivided commitment to this new relationship, not to be part of any country’s narrow geo-political aspiration to influence our foreign policy, which is guided by the principle of “Friends to All (countries recognized by the United Nations), and Enemy to None,” Sogavare added.

The Solomon Islands Government is comforted by the assurance that China has very little strategic interest to pursue in the world, other than Taiwan and this has now been rectified as far as Solomon Islands relationship with the People’s Republic of China is concern, 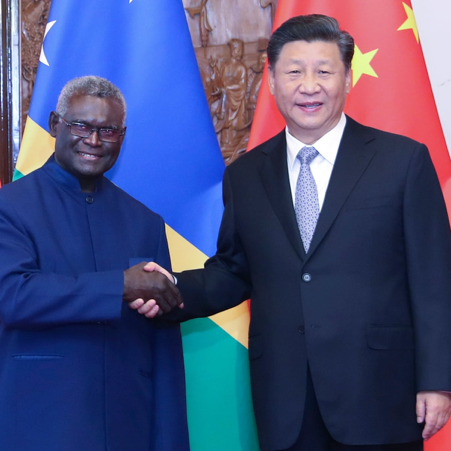 “We have placed Solomon Islands in the right side of history. We will no longer undermine the territorial integrity of the People’s Republic of China, respecting the One China Principle,” Sogavare said.

According to Sogavare, the switch is common sense and as a member of the United Nation Solomon Islands have a duty of care to conduct its foreign policy within the ambit of the principles and resolutions of the United Nations, in the interest of peace, harmony and happy co-existence of nations.

Sogavare said this planet would be a better place to live if members of the United Nations, especially the superpowers of the world take the lead to concentrate on addressing the welfare of humanity, like poverty, climate change, and economic development, instead of amassing power.

“In this regard, we admire the pace at which PRC address poverty and positive response to United Nations protection of the Environment agendas, and modernization of the China strategy over the last thirty years, culminating in the China we know today, which Solomon Islands is proud to be a partner of through our Diplomatic relations,” Sogavare added.

Sogavare said the opening of the Chinese Embassy marks a new era of relations that signifies the permanent friendship of the People’s Republic of China and the Solomon Islands, as co-members of the United Nations, which involved correcting the mistakes of the past and respecting each other’s territorial boundaries.