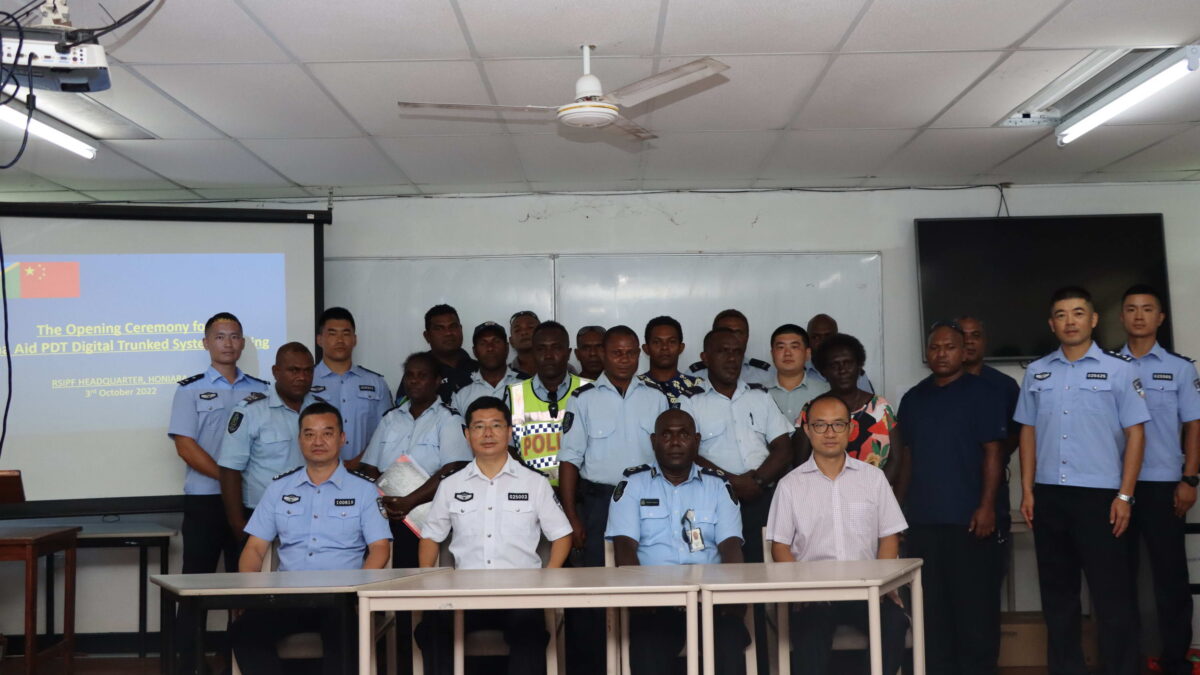 Group photo after the opening program

A total of 39 RSIPF officers participated in the training.

The training is divided into three groups. All of them commenced the one-week training at the Rove Police Headquarters started on Monday 3 October 2022.

Assistant Commissioner Pogeava thanked China’s Ministry of Public Security for the bilateral arrangement it has with the RSIPF and for providing supplies, equipment and personnel to do training for RSIPF officers.

“The new knowledge and skills in the field of digital mobile will enhance the ability of RSIPF officers.

This is important to strengthen cooperation between the police and to improve their work efficiency,” AC Pogeava said.

CPLT Team Leader, Commissioner Zhang, said the digital VHF communication system was built over the past three months by Chinese engineers with the support of the Communication Department of RSIPF.

He said the digital VHF communication system has a lot of functions, such as group call, individual call, group message, individual message, GPS, Super group call and so on.

The system can be used by different departments of the RSIPF and police Stations as it will enable police officers to communicate efficiently and effectively during their daily work and important operations.

“It is also a big support for the command and control of the security of Pacific Games 2023,” Commissioner Zhang said.

CPLT members and the engineers provide an introduction for the working theory of Digital Mobile Communication System, how to use the radios, how to dispatch system and manage the system and briefed some troubleshooting and system maintenance.

The participants are now familiar with the system after the training. They have expressed their gratitude to the Chinese police officers and engineers for the knowledge and skills imparted to them.

RSIPF officers learn how to use digital mobile 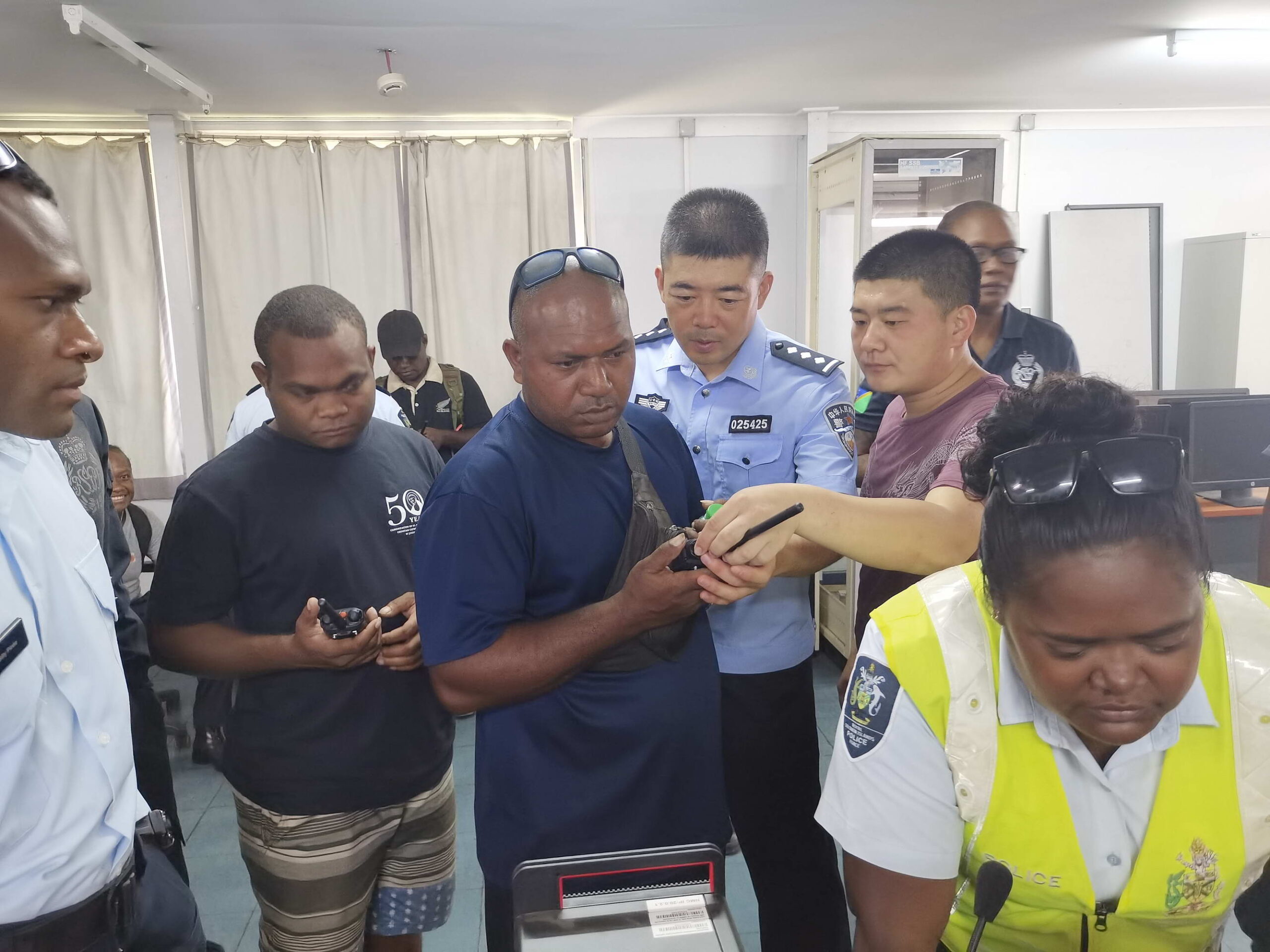 Officers learn to command and dispatch information during the training 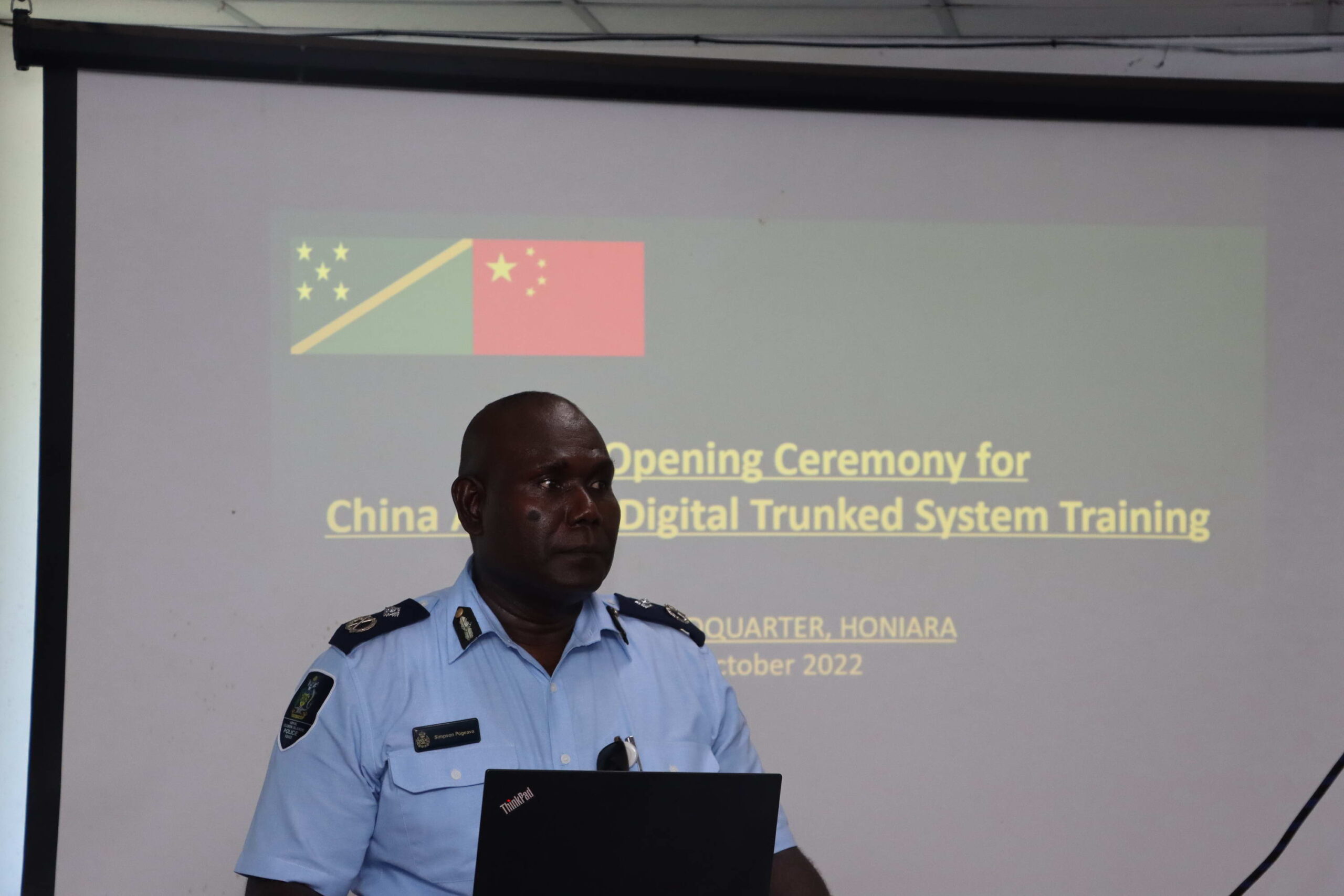 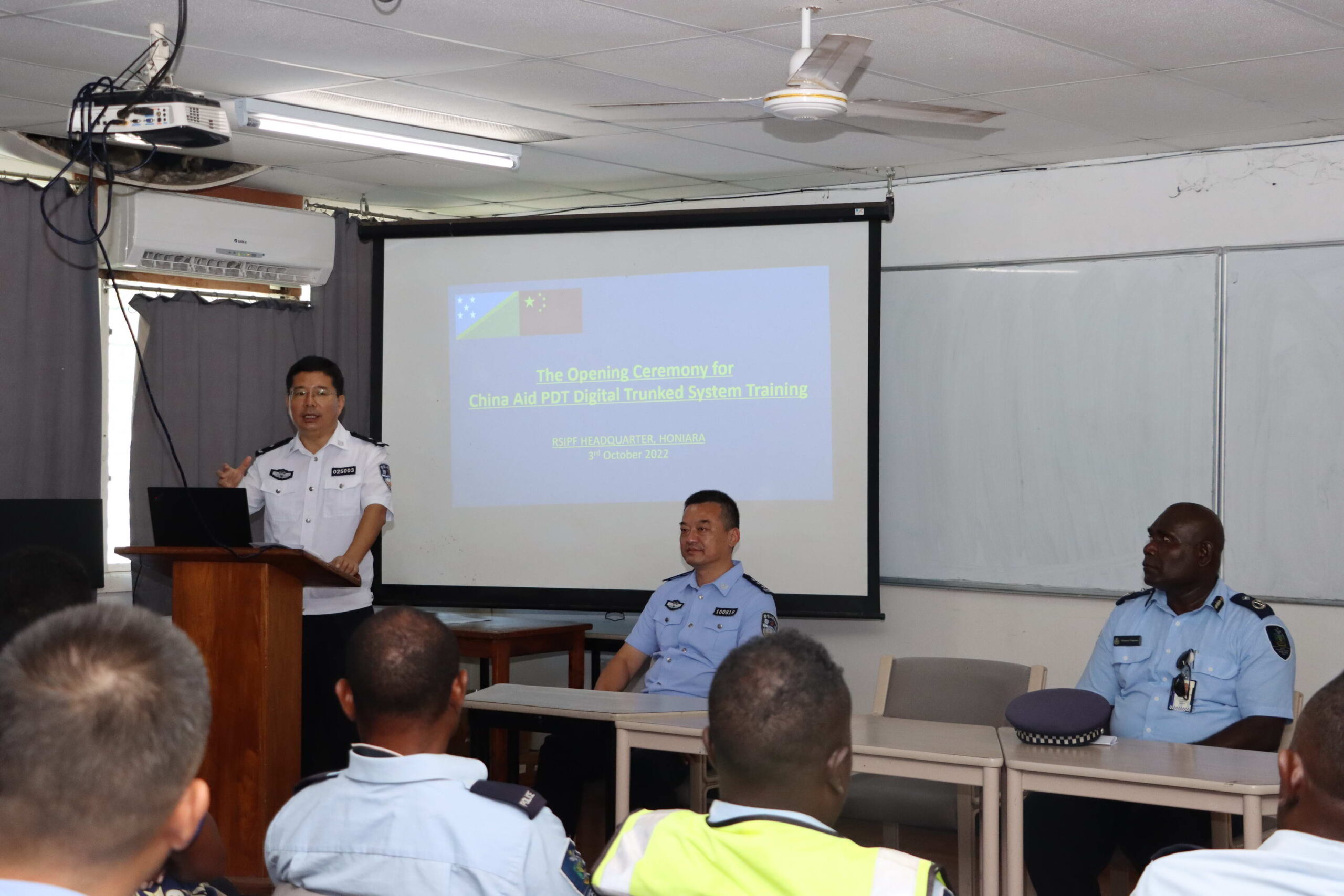 Commissioner Zhang gave his remarks during the opening ceremony