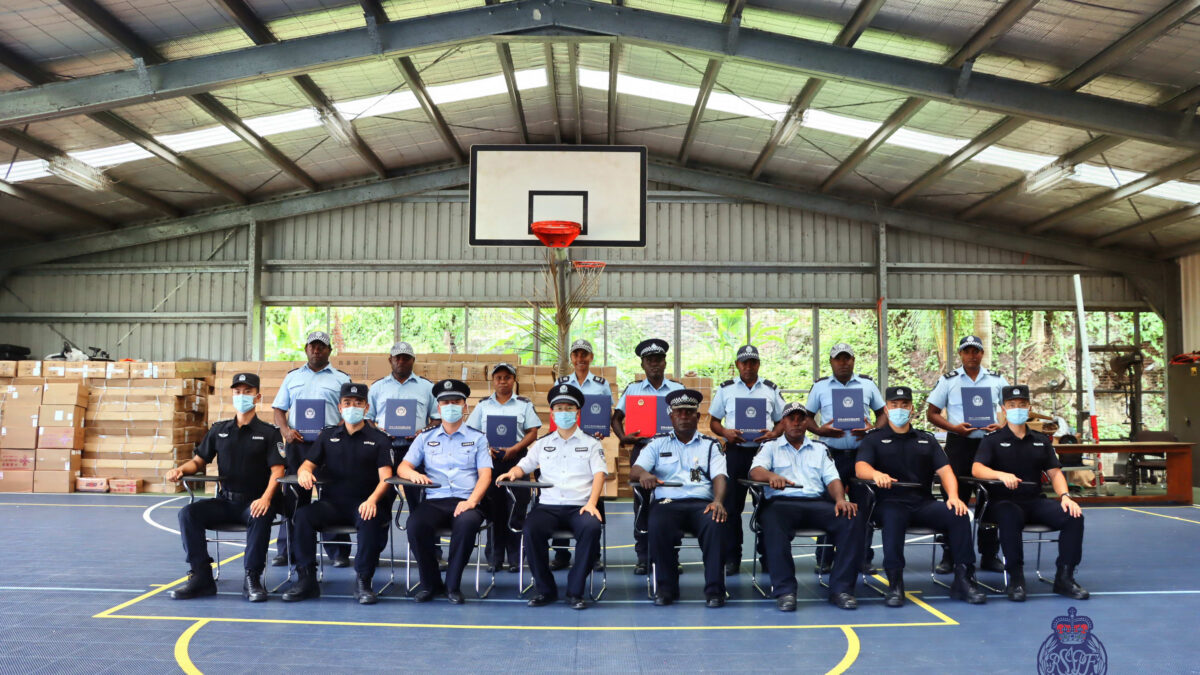 Group photos after the training

The training commenced on 12 December and concluded on 16 December 2022 with presentation of certificates and outstanding participants’ certificates. 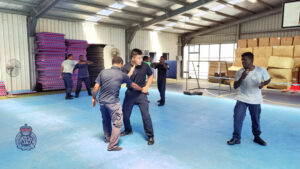 Deputy Commissioner (DC) National Security and Operation Support (NSOS) Mr. Ian Vaevaso during his visit during the training expressed his deep gratitude to Commissioner Zhang Guangbao and his team.

DC Vaevaso encouraged officers to make good use of this opportunity to learn from China police and demonstrate the knowledge and skills they have learned from this training.

Mr. Vaevaso said over the past months CPLT have handed over the assisting police equipment and carried out multiple batches of practical training. The bilateral relationship between China Police and RSIPF has been getting deeper and wider. In the following days, we will carry out more forms of cooperation, and everyone should contribute to achieving this goal.

Assistant Commissioner (AC) National Capital and Crime Prevention (NCCP) Mr. Simpson Pogeava in his remarks acknowledged Commissioner Zhang and CPLT for the understanding reached to extend the partnership of the two forces to train the RSIPF Traffic officers. The training will certainly enhance the ability of the officers with new skills and tactics in the area of traffic management.

AC Pogeava said these training programs are very professional, systematic and relevant which was widely welcomed by RSIPF. With this training, I believe it will put officers in a position and capacity to be able to provide people with more professional, reliable and efficient services.

Commissioner Zhang said CPLT has conducted 18 batches of training for more than 460 officers. He believes that through the training and exchange of their technical skills and tactics, operational capability and operation will be much improved. 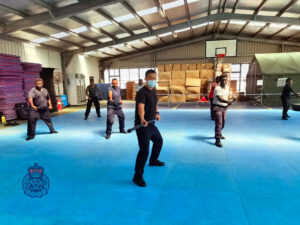 Traffic officers train on how to use long batons

Director of NTD Mr. William Foufaka who attended the opening ceremony said today police cooperation between China and Solomon Islands has reached a new height. The first batch of training for traffic police by the Chinese Police has received widespread attention and great recognition. All my team members are looking forward to participating in this training as soon as possible. Today we are very excited and grateful that the second batch training has gone smoothly.

Director Foufaka encourages officers to be open minded and learn as much as they can. Show commitment and strong determination to complete the training.

CPLT Instructor Feng Zewei said in his remarks at the closing ceremony that this training fully reflects that RSIPF officers have strong will and good discipline. They fully devoted themselves to the training and accomplished the program with excellent performance.

Instructor Feng said in the following days, we are planning to carry out motorcycle driving and protocol guard training for the traffic police department.

A training participant, Police Constable (PC) Terru Eric Peseika in her remarks says I am very grateful to the CPLT and instructors for your excellent efforts, organizing, animating and catering the training sessions and keeping things both under control and reasonably on time.

PC Peseika says we have exceeded even our most optimistic expectations in all respects here in the training hall. During the sessions, we hope the contacts that have been made here will continue in the future as we are convinced that they are very useful to the RSIPF.

He explained how to respond quickly, protect the accident site, conduct on-site investigation and fix evidence through a large number of practical cases according to the laws and disposal specifications. The content will help the traffic police officers to improve the capability of on-site investigation and deal with the traffic cases efficiently.