The Royal Solomon Islands Police Force has been boosted with Public Order Management equipment following the formal handing over of the much needed gear by the Peoples Republic of China in Honiara today.

Since the establishment of diplomatic relations in 20219, the Ministry of Public Security of China has maintained sound cooperative relations with Royal Solomon Islands Police building on areas of common interest and support.

At the request of the Solomon Islands Government following the November riots in Honiara, the Ministry of Public Security of China dispatched a Police Liaison Team consisting of 9 members to assist the RSIPF and also planned to provide a series of police equipment.

The RSIPF is a loyal, dedicated and disciplined team under the leadership of Minister Anthony Veke and PC Mostyn Mangau making great efforts in maintaining social stability, especially during the riots last year and the epidemic prevention and control this year.

Besides providing police assistance, the China Police Liaison Team will also conduct training for RSIPF, including the use of equipment, police techniques and tactics, public order management and riot control and close personnel protection amongst others.

“We will exchange with RSIPF in different fields and various level, learn from each other, and support each other. We will fully help RSIPF to improve operational capability, to keep peace and security, to protect citizens of different countries including Chinese citizens in SI. We also are planning to extend communication and cooperation with RSIPF, to establish long-term and stable bilateral law enforcement cooperation serving the people of both countries,” Commissioner Zhang said. 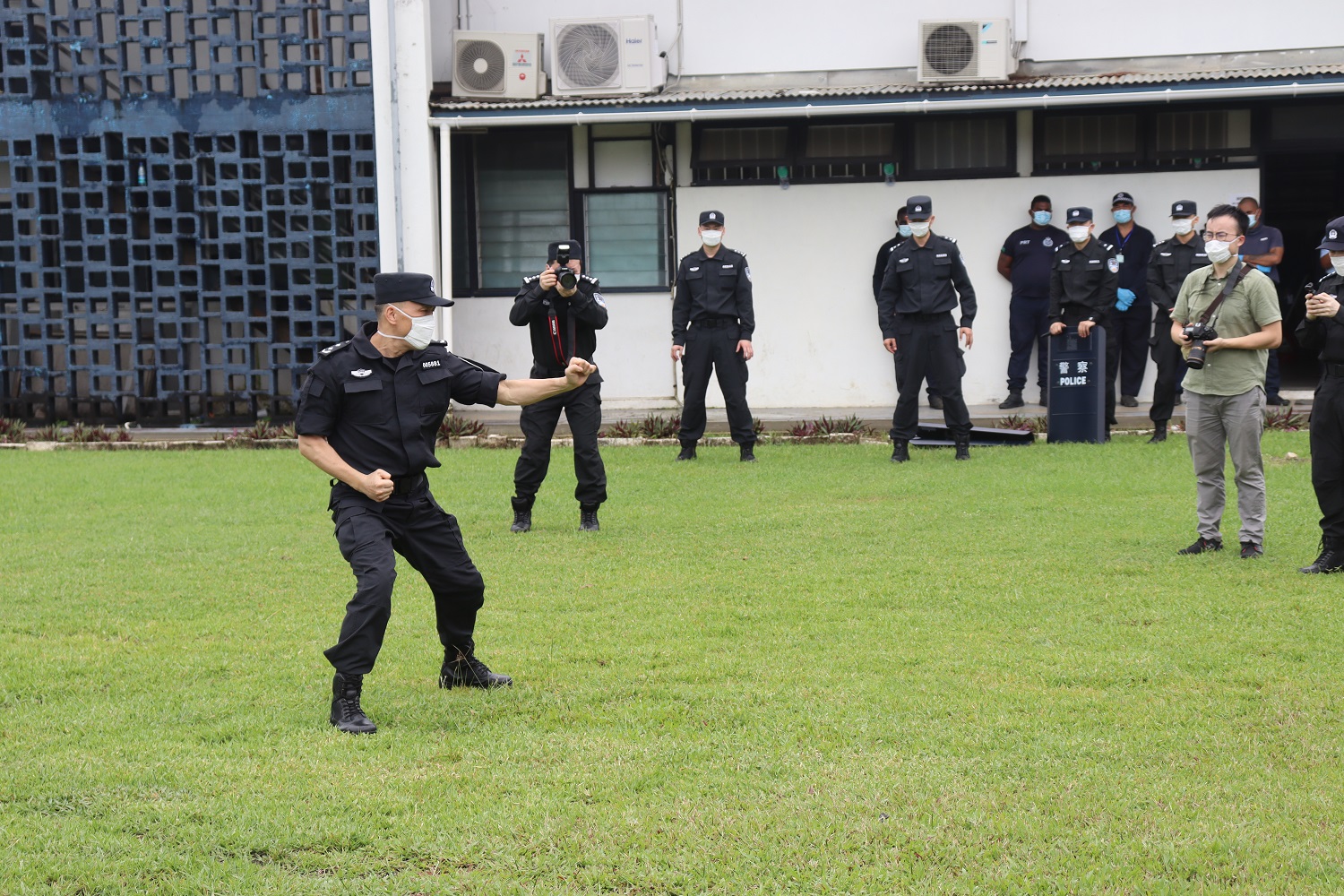 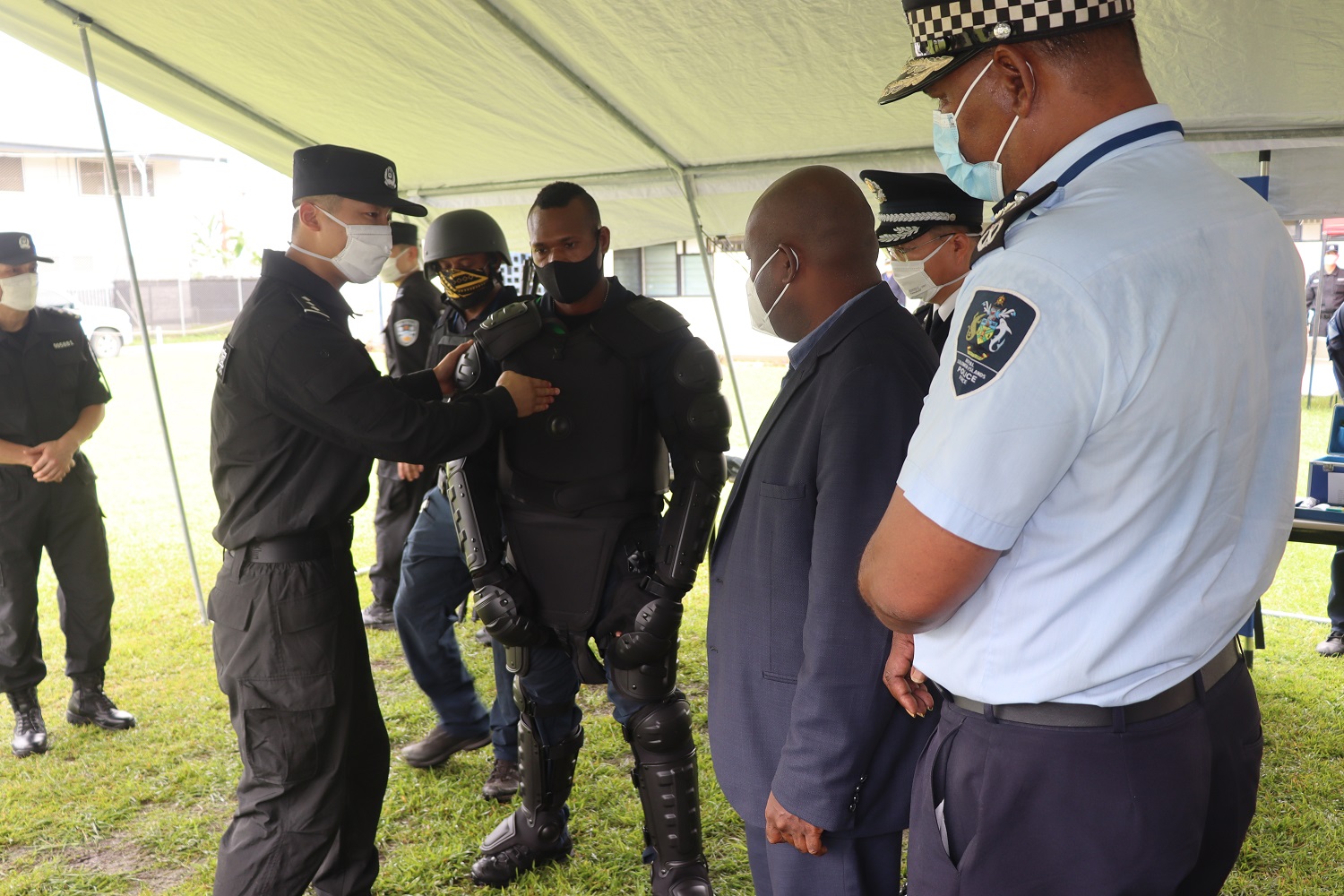 A Chinese Police officer demonstrates the use of Protective Gear 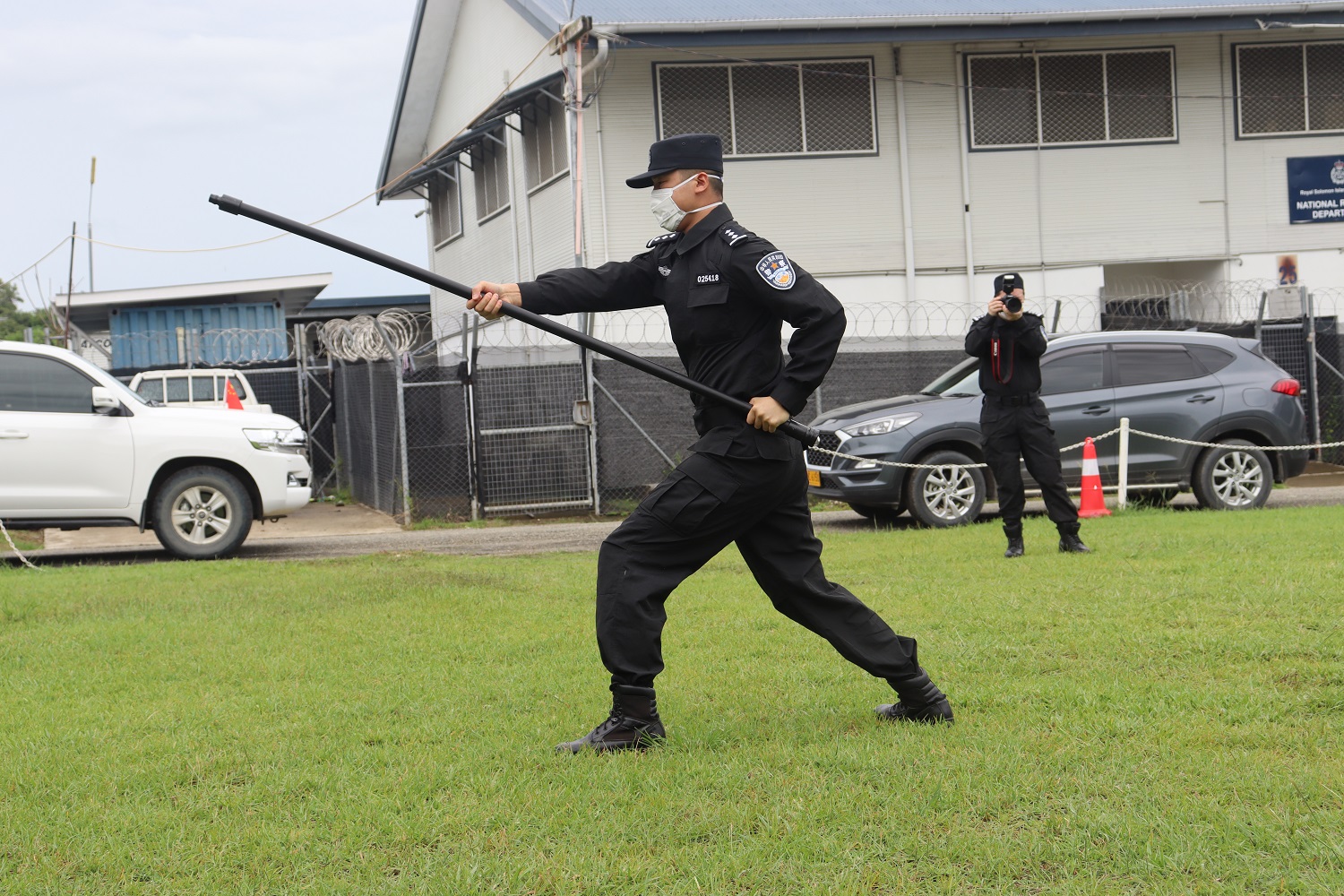 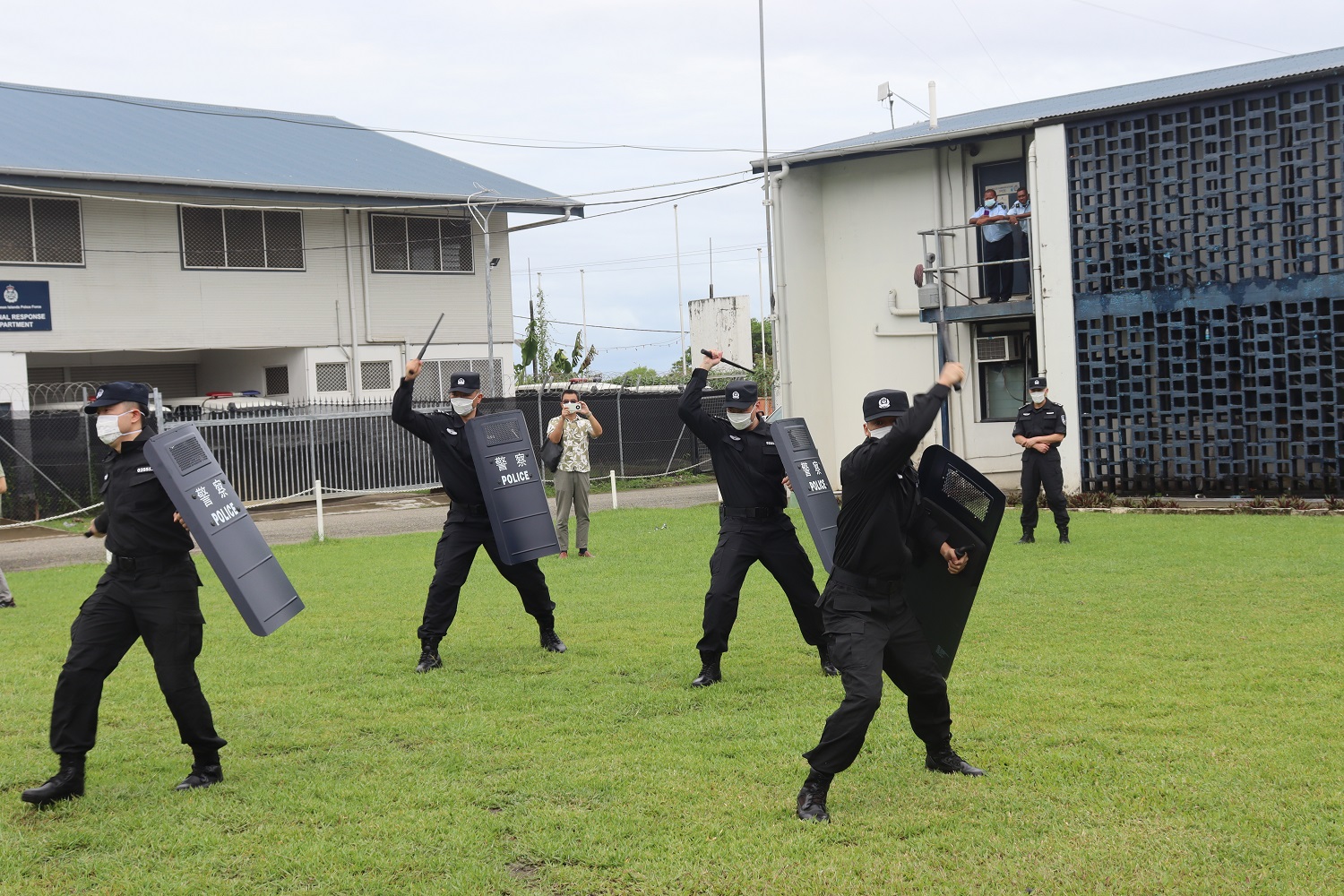 Chinese Police Trainers demonstrated the use of protective shields 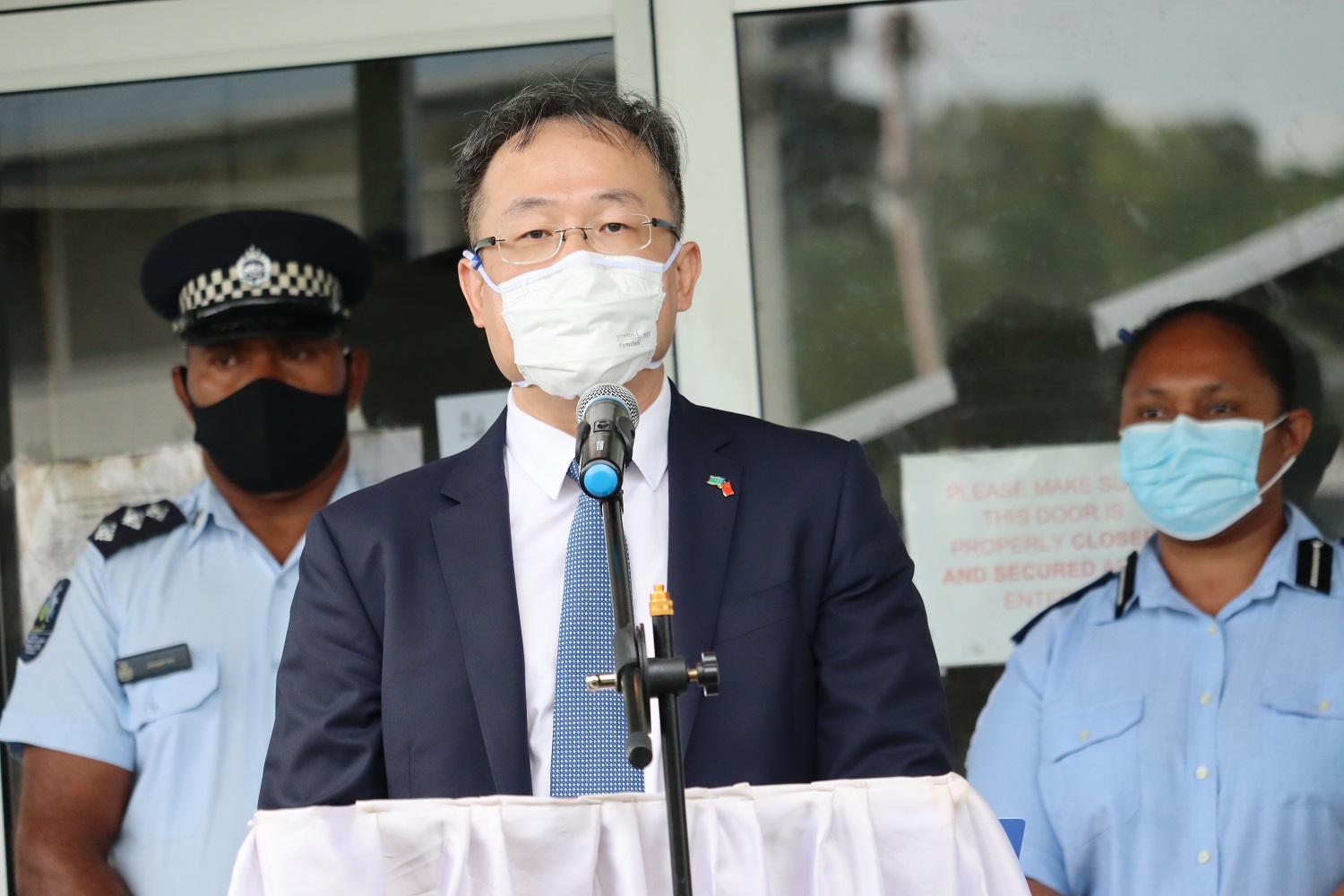