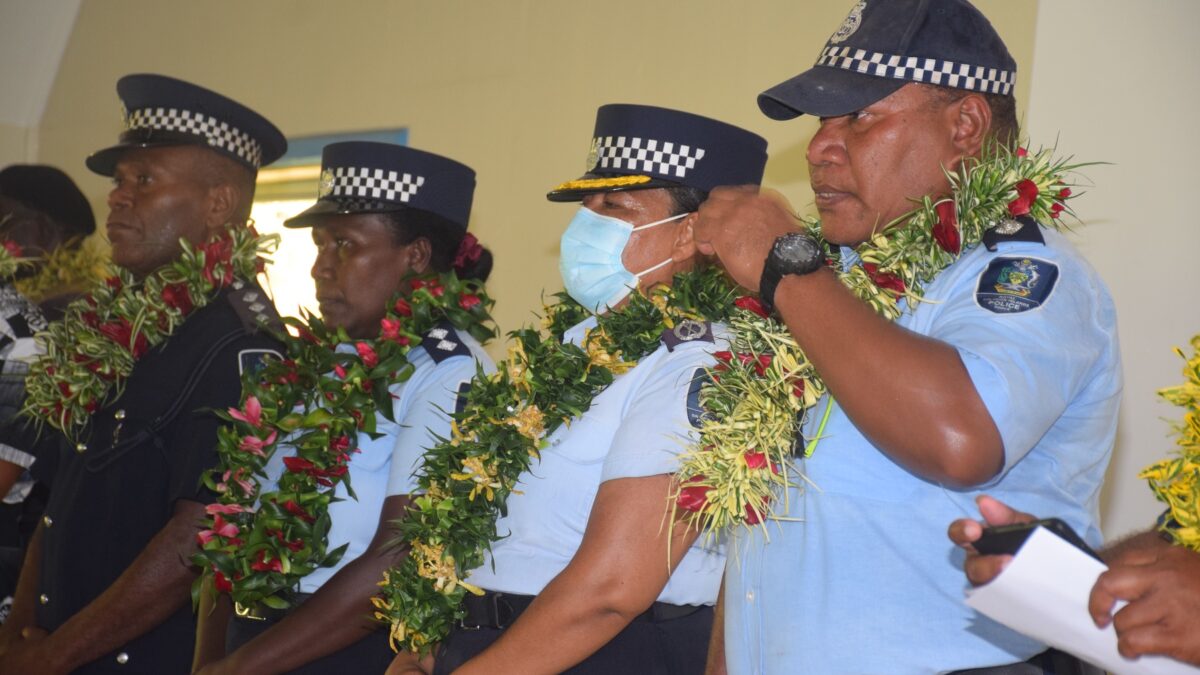 Visiting delegation at Atoifi Hospital during the visit

Chief Joseph Wakageni of Ale’a tribe in east Kwaio said police presence in Atoifi has reduced the crime rate in the past years.

Chief Wakageni said the availability of Police Post and police officers who served at Atoifi has a greater impact on the lives of our youths.

He said it reduces crime rate for the past years, and it has indicated that officers at Atoifi are doing their job to deal with lawless people.

Chief Wakageni said with the help of police officers in Atoifi, we can resolve law and order in our own communities and I on behalf of the House of Chief in east Kwaio request if there is a possibility for workshop and awareness program for our leaders so that it broaden our views on meaning issues.

Acting (Ag) Chief Executive Officer (CEO), Atoifi Hospital Mr William Baefua said we are really honoured to have you Deputy Commissioner visiting us. A visit which is quite rare from officers of such calibre, and it’s a way forward.

Acting CEO Mr Baefua said with the increase of unemployment among the youth groups, we expect that anti-social behaviours would increase.

CEO Baefua said, therefore, it is about time that all community leaders need to work together with our police and to maintain law and order and advocate more on respect as our culture is all about respect.

Mr Baefua said people always talk about culture as a value in our identity. While our culture deserves respect from others, the culture of other institutions deserve that same respect as well from us. Respect should be a two-way process.

Deputy Commissioner (DC) Operations of the Royal Solomon Island Police Ms Juanita Matanga said partnership is a way forward for us stakeholders to deal with our issues.

She said we parents also have big roles and responsibilities in our communities to raise our children to be good people in our societies. We play a very important role in looking after our children. 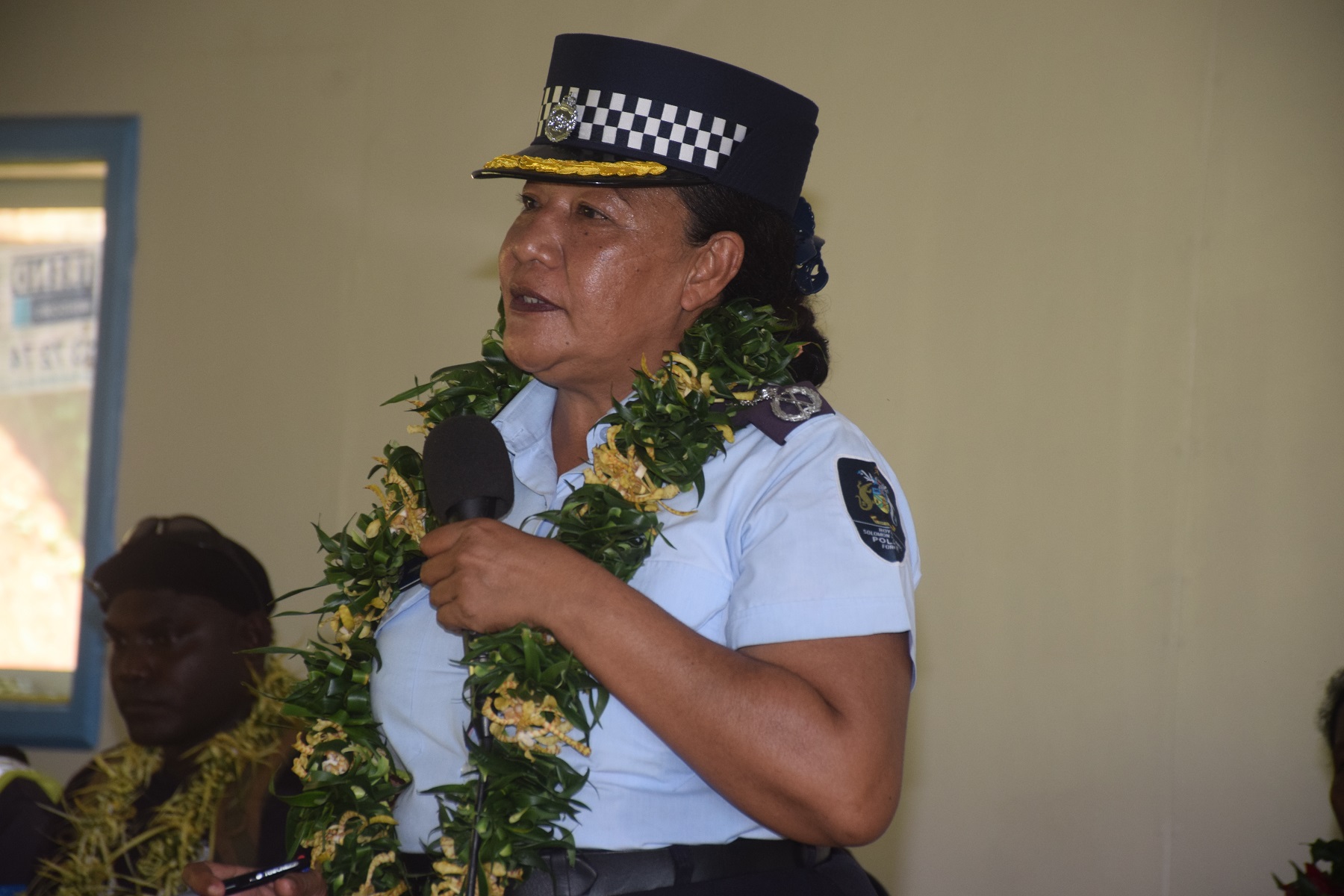 DC Matanga present her talk during the visit to Atoifi Hospital 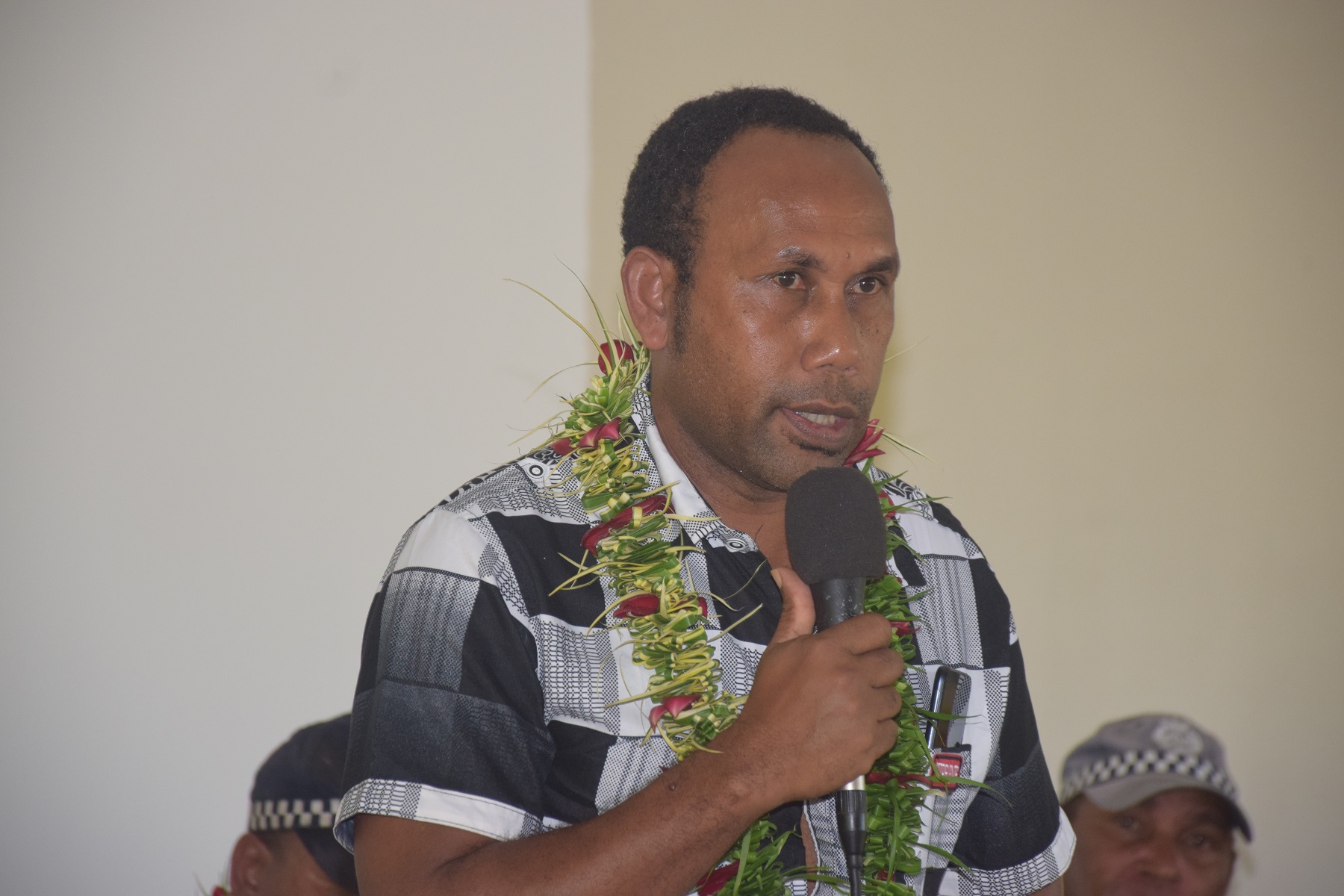 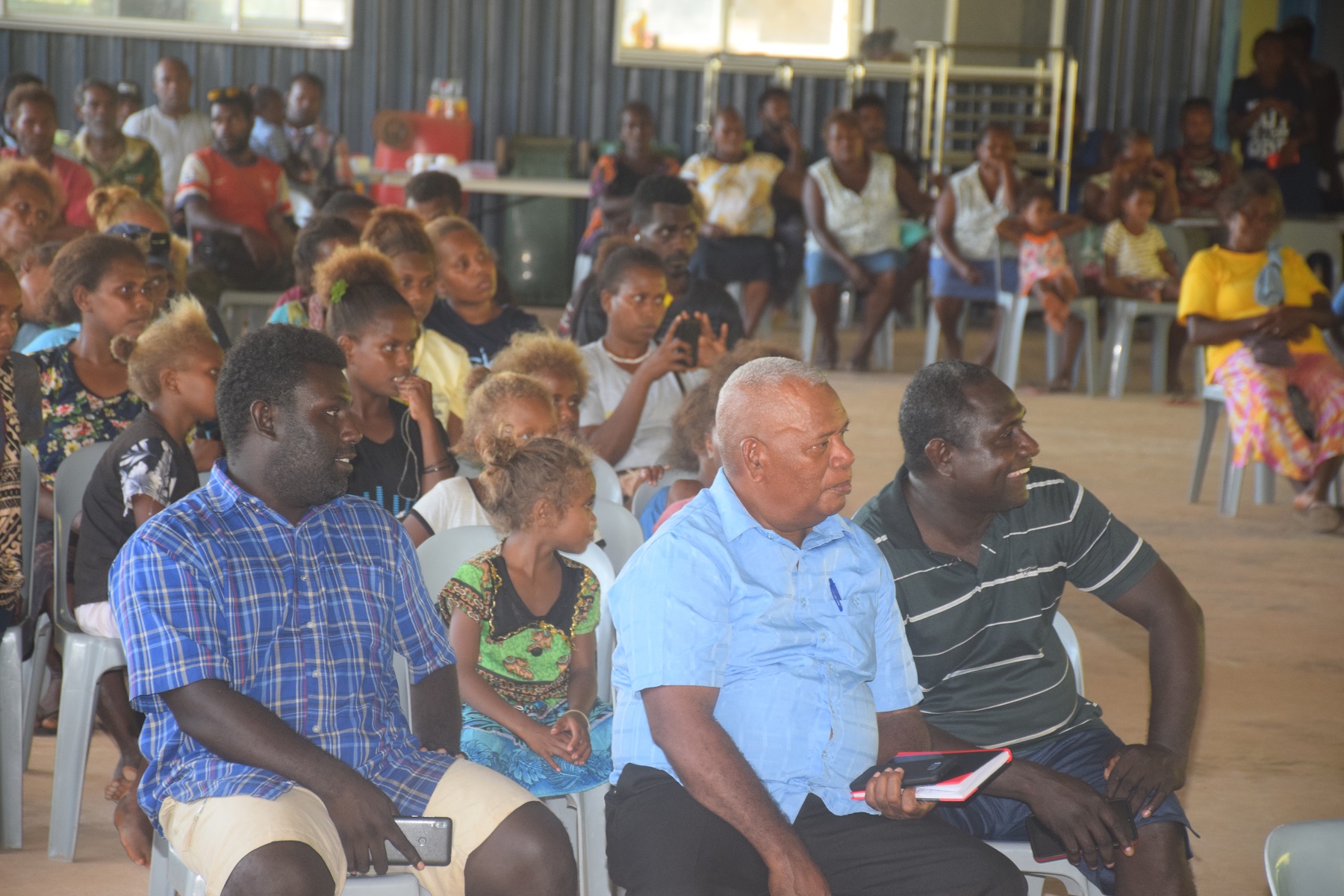 Part of the crowd who come and witness visiting delegation