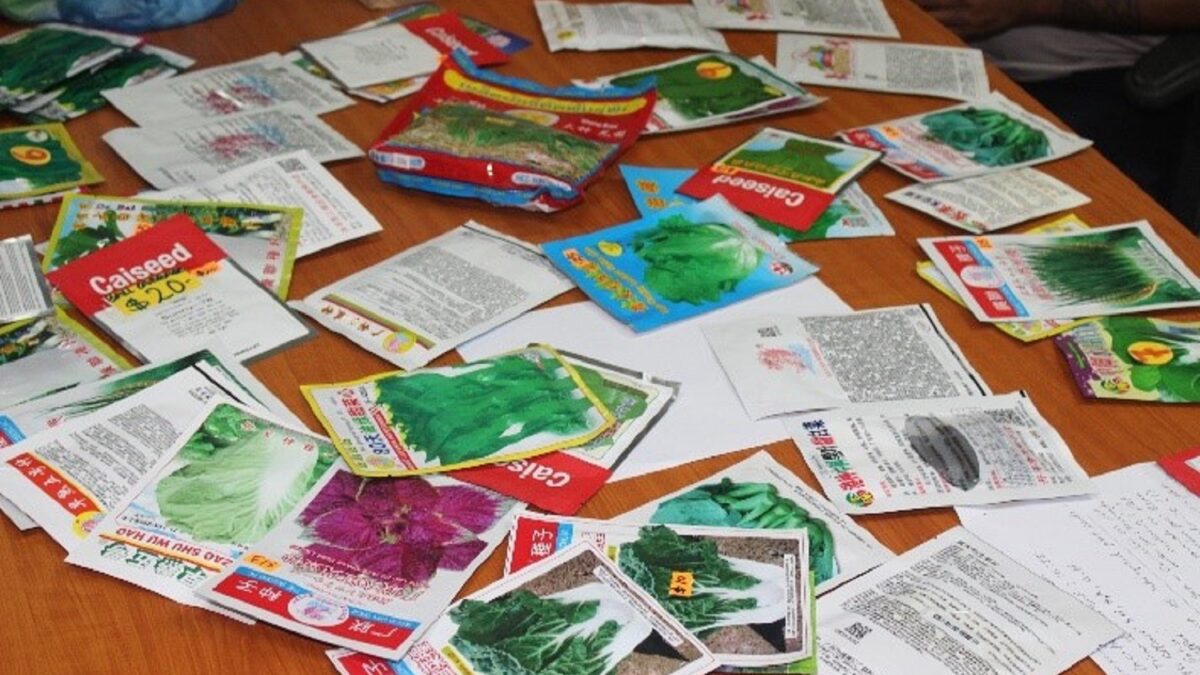 Seeds confiscated during the operation.

Six businesses in Honiara has paid their fines of $5000 each to the Biosecurity Solomon Islands of the Ministry of Agriculture and Livestock (MAL) for violating the country’s (SI) Biosecurity regulations.

The six firms are from the eight business houses/shops raided by the Biosecurity officers and the RSIPF officers in a joint operation on 25th January 2021 for breaching the Biosecurity Act 2013 regulations by smuggling seeds in the country and sold it without an authorized Biosecurity “Import Permit” to the public.

Samuel Hone of the BSI Compliance & Auditing said the fines were imposed on those companies for non-compliance with the Biosecurity Act 2013.

Below table showing name of companies that paid their fines with date of payment, amount and receipt numbers.

Meanwhile, Director of Biosecurity Solomon Islands (BSI) Francis Tsatsia thanked those companies for complying and for coming forward to settle their fines.

He said that this is a great example that everyone, especially companies and individuals who want to import seeds must learn from to avoid falling in such unfortunate situation in the future.

He also thanked his officers and the RSIPF officers for the successful joint operation conducted that resulted in the seizure of smuggled seeds and bringing those breaching Solomon Islands Biosecurity law to pay the legal costs.