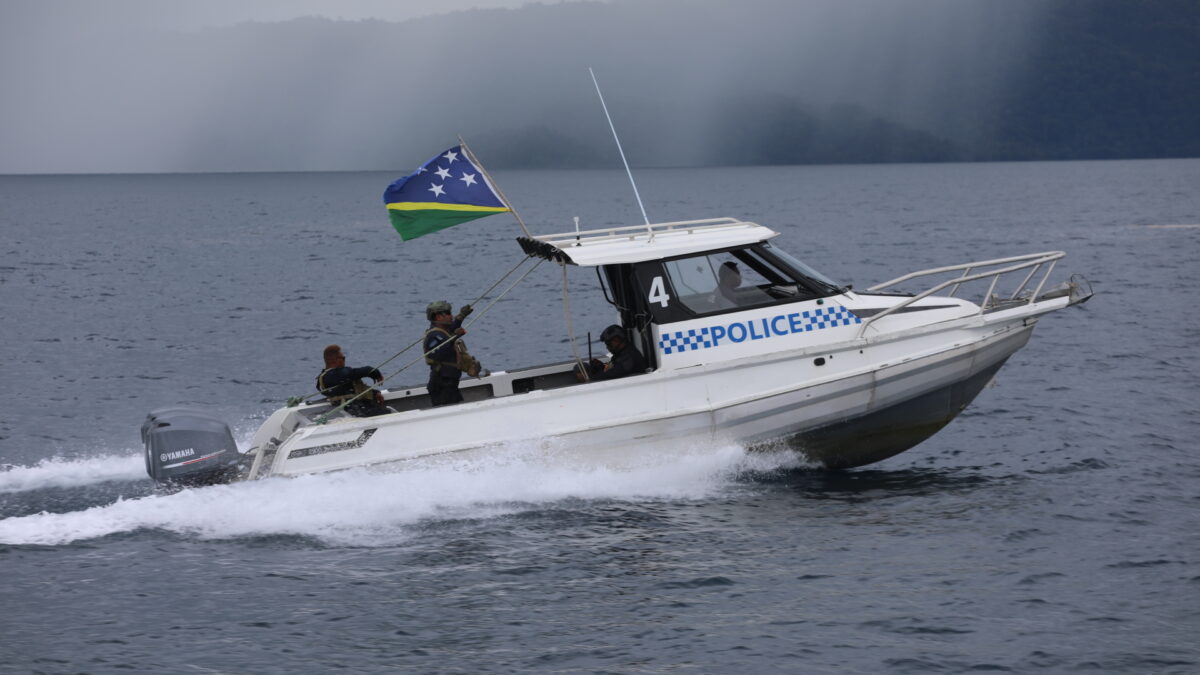 Officers of the Royal Solomon Island Police Force (RSIPF) at the Western border between Papua New Guinea (PNG) and Solomon Islands (SI) have arrested a 64 years old male person from Sirovai village, Koromira in Central Bougainville for breaching the State of Public Emergency (SoPE) that has been enforced.

Forward Commander at the Western border Superintendent Wilken Miriki says, “A combine patrol team of the RSIPF Police Response Team (PRT) intercepted a 19 foot bray boat powered with a 15 horse powered engine floating between Ovau Island and Oema Atoll around 10am on 9 May 2022.”

Commander Miriki says, “The suspect was out there on fishing purposes when he was intercepted by the PRT patrol team.”

Mr Miriki says, “Mr Miriki says, “A warning has been given to both Bougainvillians and Solomon Islanders that if anyone sighted crossing both sides will be arrested and charge for Breach of SOPE.”

The suspect left Kulitanae for Gizo on 10 May 2022 to be quarantined and will be dealt with by police later.

RSIPF officers at the border will not warn any person sighted along the SI/PNG border who breach the SoPE but will be arrested. This is for both communities that share the common border.

“SoPE still effective and must be respected by any nationals,” Forward Commander Miriki emphasizes.