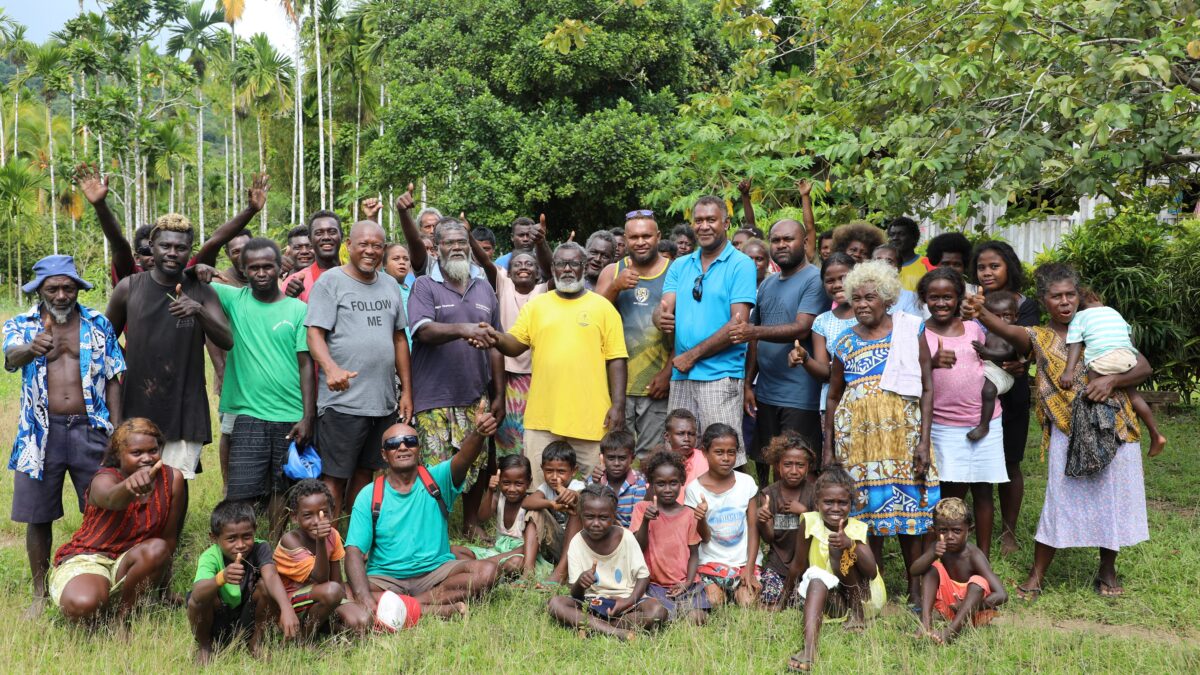 BOPO COMMUNITY REUNIFIED IN PEACE & LOVE AFTER MONTHS OF RESENTMENT

The once deteriorating relationship of Bopo community in Marovo over Constituency Development Fund (CDF) assistance has finally mended and restored on Sunday 22nd January 2023.

This was after Member of Parliament (MP) for Marovo Constituency Honourable Chachabule Amoi and the Permanent Secretary of the Ministry of Rural Development (MRD) Dr Samson Viulu and his officials led by example stepped in and resolved disagreements that once degraded peace and relationship between families and the community over the past months.

On 28 June 2022, Marovo Constituency through their MP Chachabule invested six (6) million of CDF allocation into a fishery project.

Under the project, communities/recipients also received one (1) each 200 litres esky for storage of fish and other perishable goods.

And Vangunu zone was allocated 13 boats under a legal agreement.

The agreement was signed between the Marovo Constituency and the Beneficiary(s)/communities for the implementation of the Fishery Project funded under the Rural Development/CDF Program.

The agreement has four (4) articles which are:

Under the agreement the project beneficiary(s) will be held accountable and dealt with accordingly if there are cases of misuse and abuse. MRD and the constituency Office will also closely monitor the project for accountability and transparency purposes.

However, disagreements and grievances erupted as months passed by over the use and ownership of the community assets, causing division and deteriorating relationships in communities and even families in the constituency and in this case Bopo community.

But the good news is, all those differences, hatred and ill feelings now water under the bridge, following the restoration of peace by the community Pastor Linus Siso and Community Chief Masolo Piduru and the whole community on Sunday.

“This is the first of its kind,” the United Church Pr Siso said.

He said his community is happy for MP Chachabule and the MRD team for enabling the meaningful reconciliation and for their presence. 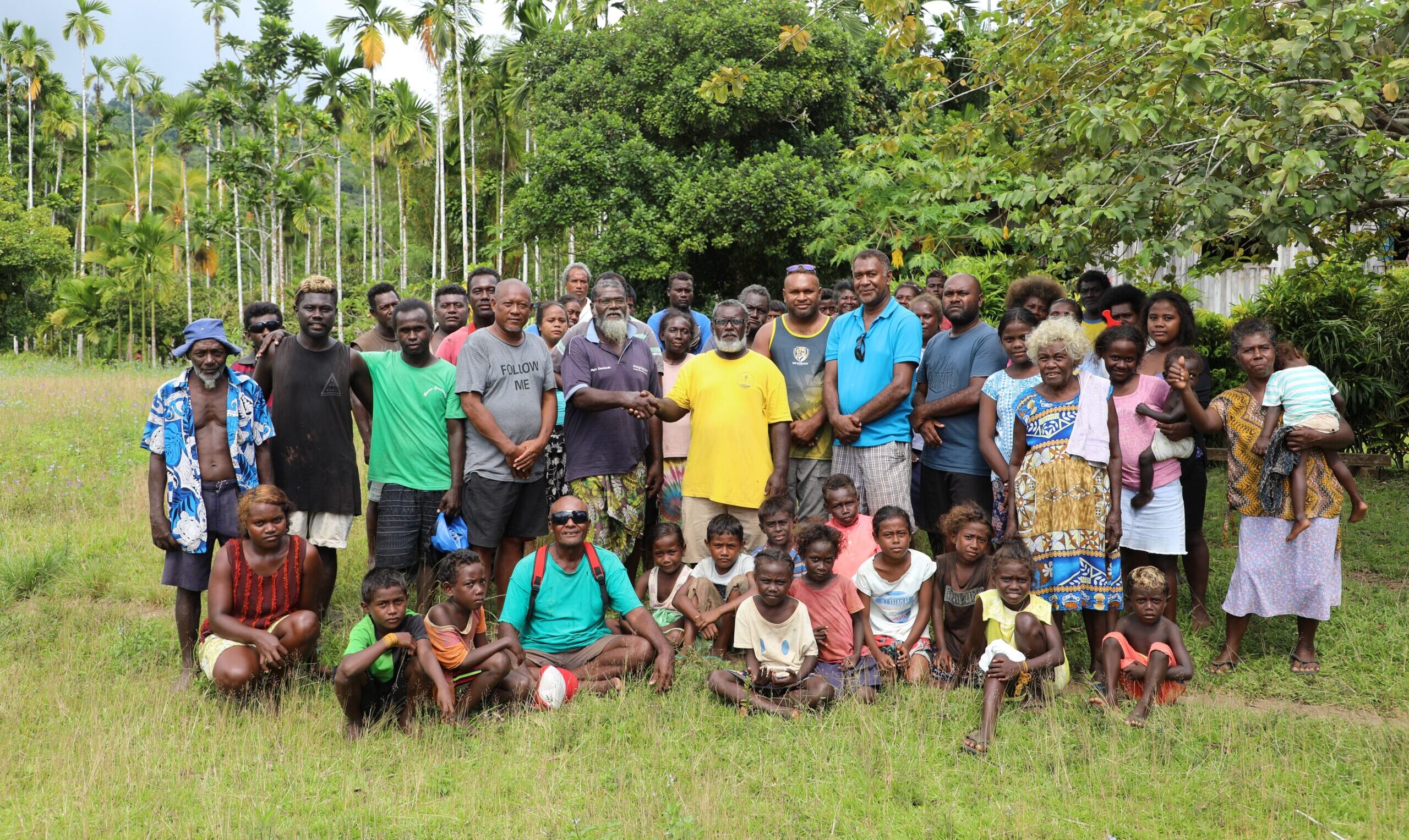 Pastor Linus Siso and Community Chief Masolo Piduru shake hands to depicts that all the ill feelings and differences now water under the bridge flanked by MP Chachabule, MRD officials and community members.

“Now that our differences are ironed out, our community is now at liberty to move on. We will sit together in due time to identify ways and how we can organize ourselves to make sure the assets benefit the whole community while adhering to the legal agreement (s) signed on 28 June 2022 by both parties (MRD/Government & communities).

“Thank you for the heart that you have towards our small community. We are indeed indebted to see you MP Chachabule and MRD officials reaching out to us in this challenging time of ours so that we can dialogue together like this and sorted our differences together,” Pr Siso stated.

“We all are only humans. But the only way forward to lasting peace is forgiveness and reconciliation,” he emphasized.

Chief Piduru also reflected on the Biblical story about Jacob and his brother Esue.

He then thanked MP Chachabule, MRD officials and everyone who are part of the small but very important reconciliation.

Meanwhile, Director for MRD Rural Development Division (RDD) Milfred Delemani acknowledged the community for the understanding and respect which replicated in the successful dialogue and reconciliation.

He also highlighted the importance of the CDF project which its lone goal is to improve everyone’s livelihood and benefit everyone in the community (s).

MRD Director for Governance Hickson George while sharing the same sentiments said Marovo Constituency is the first constituency that is fortunate to have its project piloted under such legal agreement with the constituency office and the government/MRD.

“This is a pilot project under legal arrangement and such situation is a lesson learn for us especially MRD which is responsible for facilitating CDF projects in our 50 constituencies. Having such situation like this will help the ministry to identify gaps and pursue ways for improvement,” he explained. 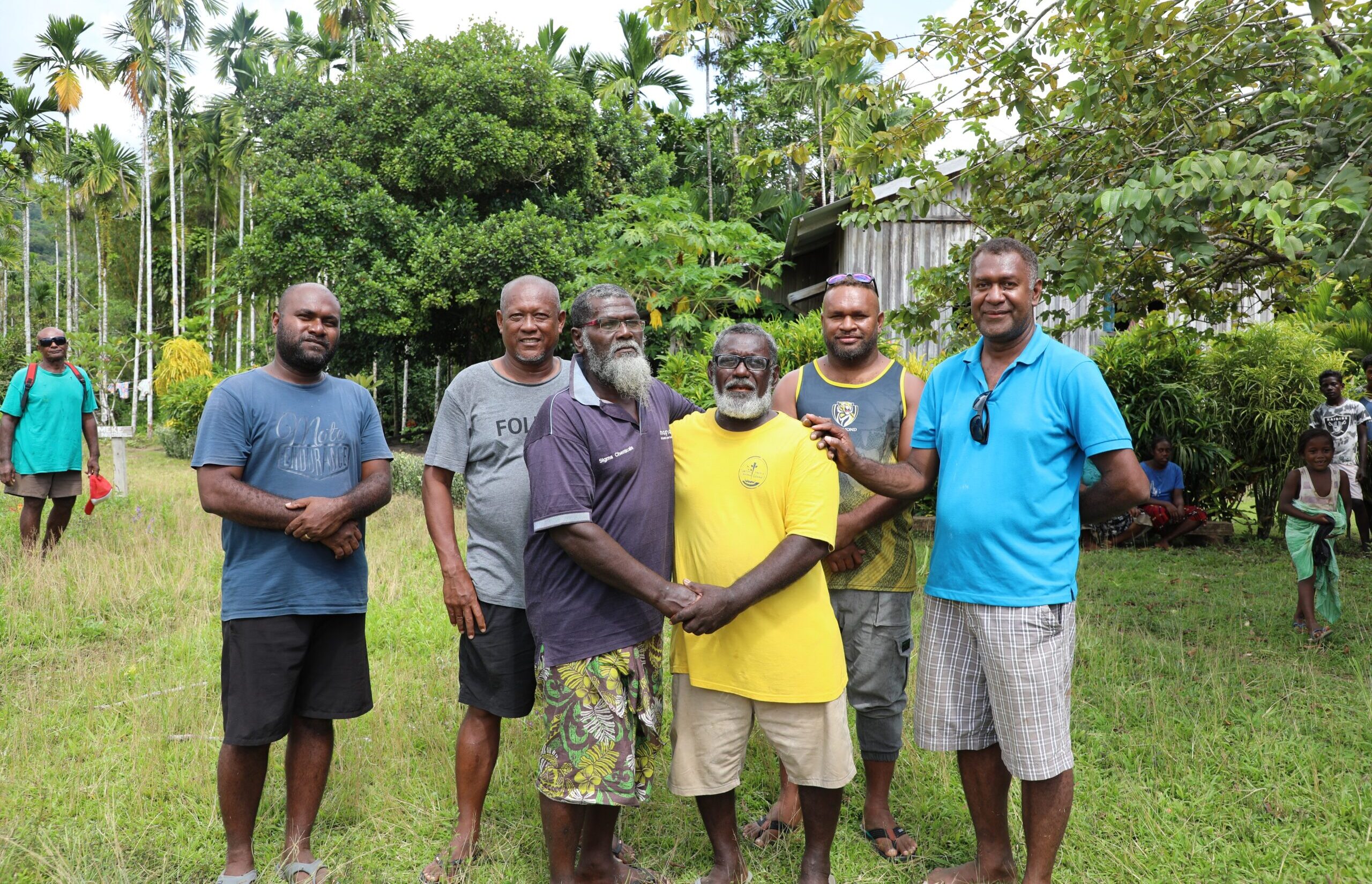 Hickson said the project is designed in a way to benefit every community member.

He then frankly urged the community to be responsible for the project assets and always adhere to conditions in the signed agreement.

“Do not abuse or misuse the assets. Those assets are for the benefit of the community. So, look after them well.”

Hon. MP Chachabule assured Bopo community that as their national leader he will continue to support and assist them with their community priorities and needs to improve their livelihoods.

MRD team is currently on official tour in Marovo Constituency this week. The team led by PS Dr Samson Viulu will head to Gizo constituency on Tuesday, then to South Vella La Vella Constituency before returning to Honiara on Friday 27 January 2023.