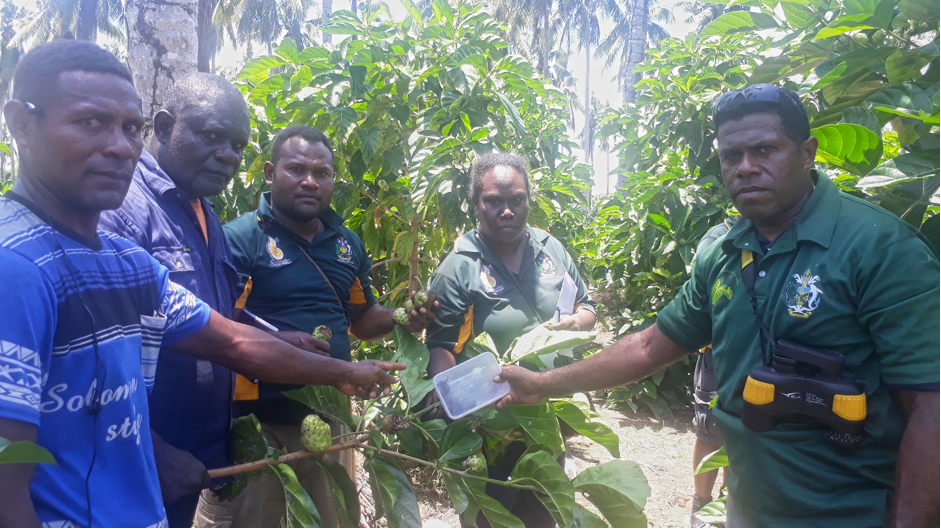 Officers of the Biosecurity Solomon Islands (BSI) within the Ministry of Agriculture and Livestock (MAL) are currently investigating an alleged Coconut Rhinoceros Beetle (Oryctes Rhinoceros) attack on Noni plant at Baunasaitonga Noni Farm in East Guadalcanal.

“At the moment we suspect the beetle to be Xylotrupes gideon, and not the quarantine pest, Coconut Rhinoceros Beetle (CRB) as previously alluded by some people,” Chief Surveillance officer, Crispus Fanai said. 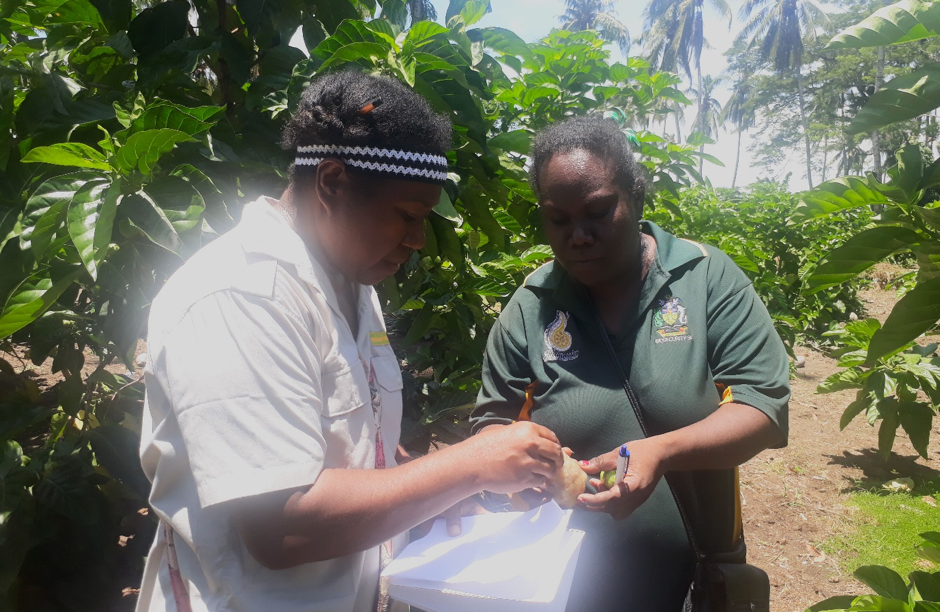 Jean Manepora’a and Moana Kelly from Biosecurity Solomon Islands of the Ministry of Agriculture and Livestock collecting specimens for authentication work.

He said, according to records, Xylotrupes gideon is recorded in Solomon islands and Papua New Guinea.  However, we need to verify this with our counterparts in Australia to confirm if it’s a sub species.

“We have reports of this beetle from a Guava farmer from Aruligho in West Guadalcanal some years back attacking his Guava fruits. What this beetle is doing is new to us.

“Since we do not have records of this beetle attacking Morinda citrifolia (Noni) we need to do more research and seek our overseas partners for advices. It may take some time to fully diagnose the pest.

“The beetle is active during night times, thus, hand picking and destroying during the day could reduce the damage and population,” Mr. Crispus said.

He assured farmers and the public that the outcome to confirm the beetle species will be made known to the public once the result is available in due course.

Mr. Crispus also urges farmers and the public to call BSI free toll number 131 once they sighted such strange discovery or report to the BSI/MAL so that officers can attend to reports and carry out authentication work than publishing misleading information in the media platforms that could bring uneasiness to our farmers.